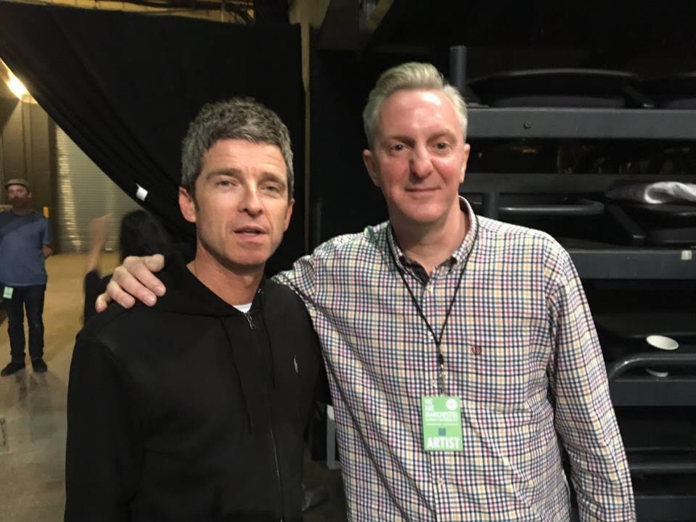 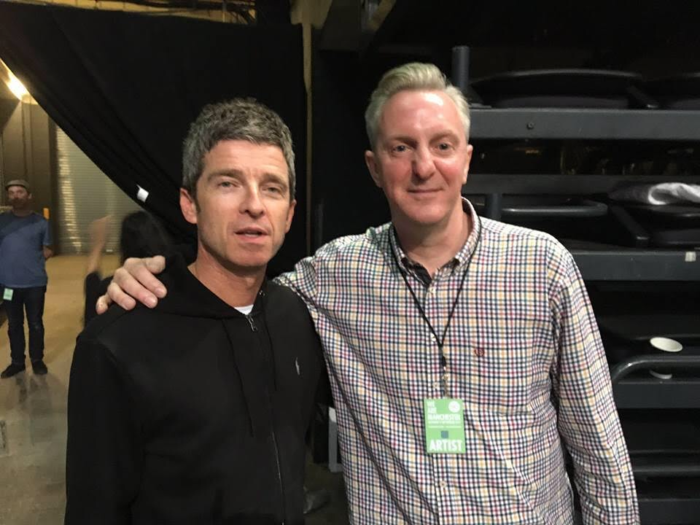 He used to be my postie and always ask what the records were inside the mailers. A total music nut and now a national treasure!

Following the now legendary performance of his poem This is the Place in Manchester in May 2017, international audiences are discovering what has been an open secret for well over a decade.

An evening with Tony Walsh is certainly a rip-roaring rock and roller-coaster ride from a profoundly inspiring artist at the very top of his game.

Forget what you imagined a poetry night could be and expect belly-laughs, tears and everything in between from this big-hearted performer who often leaves audiences on their feet, dazzled and breathless.

This tour will be an opportunity to see Tony perform some of the poems from his new book, Work / Life / Balance ~ his second full collection of poetry, to be published early in 2020.

“I can’t wait to take my poems, old and new, around the UK in October. Performing live is what I’m all about. There’s something timeless and magical about being in a room full of friends and strangers, laughing together, cheering and crying; sharing a thought or memory, uniting in those special moments. I try to send people away inspired and uplifted, having had a really great night out. Newcomers to poetry would be especially welcome, alongside poetry lovers of all ages.” (Tony Walsh).

Tony is currently touring Ireland and will return to the UK on Wednesday 16 October, where he’ll be kick-starting his tour at London Irish Centre. Tony’s special guest will be ace Dublin-based poet Stephen James Smith who has wowed audiences all over the world.

Age 16+. This show will contain strong language plus adult humour and themes.

Tony Walsh has worked as a freelance writer and performance poet since 2004, and full-time since 2011. He adopted the professional name ‘Longfella’ for his height (almost 6 feet 5 inches / 1.96 m). Tony has performed widely around the UK and Europe, at festivals and workshops, and for the British Council. He has led workshops in a wide variety of educational institutions, including schools, colleges, universities and prisons.

In 2011, Tony was Poet in Residence at the Glastonbury Festival. His poems have been published in many anthologies including the recent Common People anthology of working class writers. His acclaimed first collection of verse, Sex & Love & Rock&Roll, was published in 2013. His next book is due to be published early in 2020.

The words of Tony’s famous poem, This is the Place helped bring the people of Greater Manchester together following the Arena bomb attack in 2017 and made headlines around the world. Originally commissioned by the charity, Forever Manchester, This is the Place has more recently been the inspiration for music legend, Noel Gallagher‘s current single.

Tony ‘gifted’ This is the Place to the people of Greater Manchester, ensuring any income from licensing would go to the Forever Manchester charity which funds and supports community projects in the region. Proceeds from the poem have so far raised £200,000 for the charity along with the We Love MCR Emergency Fund and The Greater Manchester Mayor’s Homelessness Fund.

Tony’s poem Up ‘Ere was commissioned by BBC North West Tonight and has received 4 million views on Facebook alone.

Tony was commissioned by The Lake District National Park Authority to write a poem in 2018:  Reflecting on the Lakes

BBC2’s Great British Menu, commissioned Tony to create a poem for their 2019 final, which was performed at Abbey Road Studios to mark 50 years since The Beatles last recorded there. Industry guests including Hooky, Mani, Rag n Bone Man, Andrew Ridgeley and Martin Kemp.

To celebrate the BBC’s Blue Peter 60th anniversary, Tony was commissioned to create a special poem for the famous children’s TV programme. He performed a shorter version of the Blue Peter poem live at the Children’s BAFTAs in Nov 2018 and received a standing ovation.

Bono sang “See the world in green and blue, with the Longfella right in front of you”  to Beautiful Day when U2 played at the Manchester Arena in October 2018.

Tony was awarded an honorary Doctor of Letters degree during a ceremony at The Lowry on July 19 in recognition of his services to poetry and Greater Manchester.