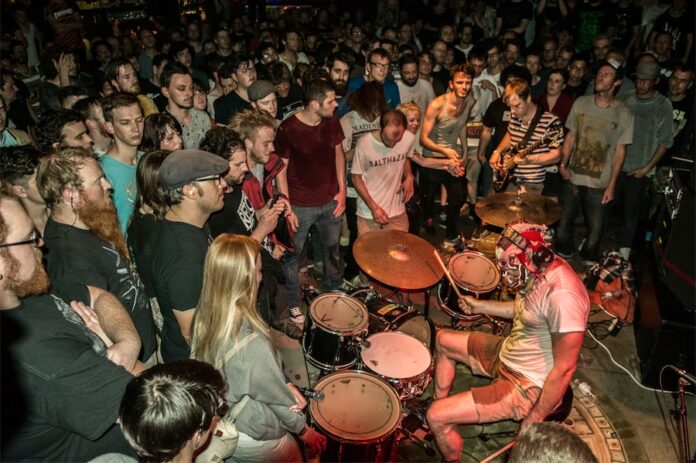 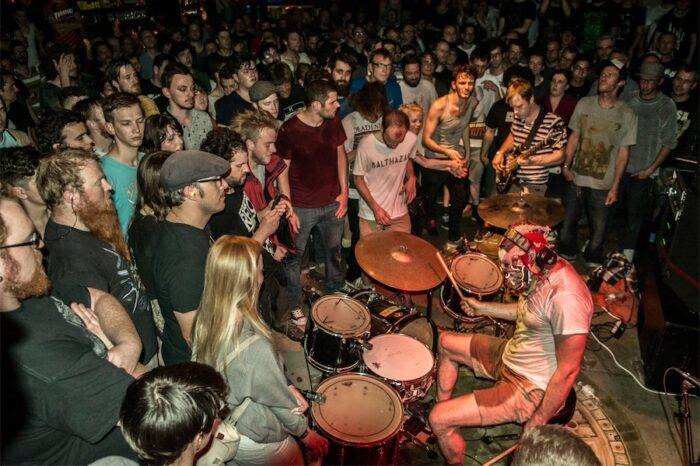 Lightning Bolt, fresh from a spot in our albums of the year (so far) list, have just announced an autumn / winter tour of Europe which includes three UK shows.

Riding high from their brilliant sixth studio album “Fantasy Empire”, which came out via Thrill Jockey in March (our review), the duo will be demolishing a gig venue near you with their brilliant brand of ferocious, all consuming hi-octane rock.

Drummer Brian Chippendale will also be playing as his solo project Black Pus at ATP’s Nightmare Before Christmas at Prestatyn on 28th November.

“Over the course of Lightning Bolt’s two-decade existence, they have revolutionised the underground rock scene in immeasurable ways. The duo broke the barrier between the stage and audience by setting themselves up on the floor in the midst of the crowd. Their momentous and chaotic live performances, and the mania they inspired has paved the way for similar tactics used by Dan Deacon and literally hundreds of others. An incredible live act not to be missed.”

‘Bolt fans might want to listen to their recent interview for Red Bull Music Academy’s Fireside Chat, in which they spoke about the early days of the Providence scene, Fort Thunder, classic LB songs, and their latest album: