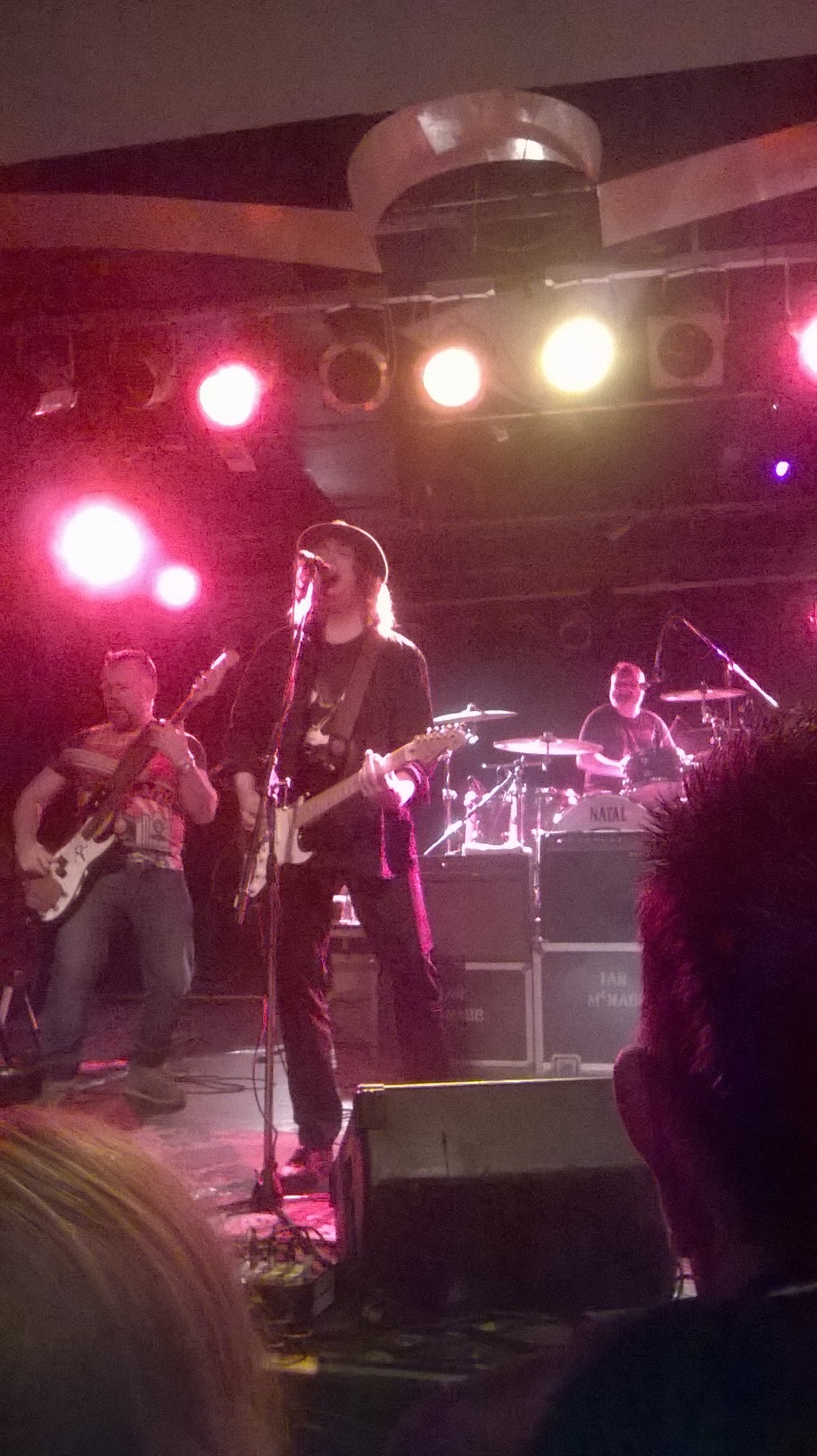 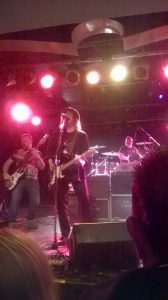 Merseyside Masters of Melody The Icicle Works take the Tiv by storm.

With the four hundredth anniversary of the death of William Shakespeare this year, it is appropriate that the ‘Bard of Kensington’ is out on the road to tour the Icicle Works, surely one of the finest collection of songs that chronicle the full range of the human condition. This review will not waste time pondering why those songs are not more widely celebrated because, as Shakespeare said, “There is no darkness but ignorance”. Instead, we will celebrate a peerless catalogue of perfection, delivered with relish by an outstanding band led by Liverpool’s most versatile player of roles – part Hamlet, part Romeo and part King Lear but always with an essential touch of Puck.

The near three hour set kicked off with the 1985 classic, ‘When it all Comes Down’ followed by Perambulator and Evangeline, three songs that amply demonstrate the enduring appeal of this most innovative of bands. Great guitars, power-packed melodies and anthemic choruses that the Welsh crowd, who as usual are in fine voice, devour with relish.  They are even treated to a version of Delilah at one stage.

There’s no need to assign genre to this music as it’s pretty straightforward – superb songs, brilliantly performed by an excellent group of musicians. To continue the Shakespeare analogy, the theme of love and yearning is examined in songs such as Who Do You Want For Your Love, Starry Blue Eyed Wonder and The Cauldron of Love. Then we have ballads of touching beauty such as Out of Season and Little Girl Lost and rare gems such as As The Dragonfly Flies from the debut album and Hope Street Rag from the Permanent Damage album.

Ever present also is the element of tragedy as in the still painfully relevant Blind, accompanied by further fervent audience participation. What She Did to My Mind is as dark and disturbing as the Scottish Play and is pretty close to a showstopper tonight, with McNabb enabling members of the crowd to take turns striking the closing chords. However, running through the whole set list is the consistent theme of the sweetest melodies that are simply irresistible. If it were possible to pluck Shere Khan, the tiger with anger management issues from the Jungle Book, and plonk him in front of the stage, he would soon forget his issues with Mowgli and be singing along to Melanie Still Hurts with the rest of us.

McNabb has assembled an impeccable line-up alongside him with the powerhouse Matthew Priest, also of Dodgy, showing no mercy to the drums and the outstanding Richard Naiff on keyboards. This man is a constant livewire, hovering over the keys as though trying to summon an apparition from a cauldron and is worth the admission alone. Fittingly to McNabb’s right is his ‘brother from another mother’ Roy Corkhill, the man who for years has played the four stringed Tonto to Mcnabb’s Lone Ranger and is in vibrant form tonight. Together, this band are capable of awesome power, never better demonstrated than during the tempest-like onslaught of Shit Creek.

The closing songs of Understanding Jane, Love is a Wonderful Colour and Birds Fly (Whisper to a Scream), hit the spot perfectly. “Anyone want their money back?” asks McNabb as the ovation begins. The encores seem to capture the mood of the week perfectly with the performance of Up Here in the North of England never more pertinent in the week of the Hillsborough verdict and justice for the 96 families finally secured. McNabb salutes the families and dedicates the final song of the evening to all those who will “be as they are” through life’s challenges and Hollow Horse brings the night to a triumphant close.

If you are familiar with the Icicle Works, you will want to see this show without a doubt. If you are not, do yourself a favour and go anyway – it’s guaranteed you will be singing along within minutes. I was accompanied by a 16 year old guitarist, also a connoisseur of the current indie guitar band scene, and his comments on leaving are worth repeating. “With songs that good, how come they’re not playing arenas?” he asked. That, as Hamlet once famously said, is the question.

He is also on Facebook  and tweets as @empiresend.