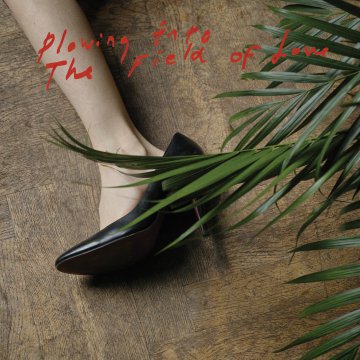 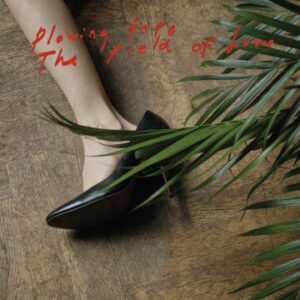 Iceage – Plowing Into the Field of Love (Matador Records)

Due Out Oct 6th

Denmark’s Iceage are commended on their third album, not just for trying something notably different than their post-punk/hardcore sound, but for pulling it off thanks to their powerful core values and composition skills. Louder Than War’s Lisa Sookraj reviews.

Since their 2011 debut New Brigade, the young lads in Iceage have been recognized for their maturity and legitimacy. Their consistently heavy sophomore release (2013’s You’re Nothing) further proved their songwriting skills. They’ve managed to do it again with a passionately wrought release, with unexpected flourishes that may be foreign, but don’t feel forced.

Plowing Into the Field of Love disregards expectation, with the band pushing into new territory. Though it’s more drawn out, less straight forward and will disappoint some (it doesn’t sound much like them at first) it grows on the listener and is distinct, like their last release was.

The pummeling post-punk/hardcore combo was honest and earnest, and while the band has moved away from this, the album is genuine, ambitious and confident. The uniquely Iceage guitar style, unstable time and militaristic marching drums are present, but transformed in a way that is likely to diversify their fan base, while potentially opening their old fans’ eyes to alternative possibilities of how power can be produced.

You’re Nothing was recorded in an old farmhouse in the middle of nowhere, and it wouldn’t be surprising if the same went for Plowing Into the Field of Love – which is weighty, earthy and digs deep. These rustic songs possess roar and twang, bringing battle, culture and countryside to mind.

Their interest in other genres has been apparent ( i.e. the piano on “Morals” – a song inspired by Italian 60’s pop artist Mina). The new album has moments of classical, country and jazz through horns, mandolin, viola and organ.

The jangly “The Lord’s Favourite” signaled the band’s change of course, but maybe pushed the point too far. The only misstep on the album is the moments things drag a bit or don’t quite fit (i.e. the moaning and groaning vocals sometimes chafe with the new musical style, like at the end of this and the title track).

“On My Fingers” combines prominent, asymmetrical piano and vocals, a distant rhythm and barely-there guitar to create textured, raw beauty. The vocals on “How Many” sound like Iceage’s take on The Cure – the moving discord delivered through unsettling, almost jazzy strikes on the keys. The sensual “Stay” may be less heavy than old Iceage, but remains abrasive and weighty. It races in un-reigned waves of varied tempos, plucked strings at the forefront with thicker guitars layered beneath.

The line of “A fugitive has a tendency to return home” in “Against the Moon” is striking – as a few songs represent this return home to more typical Iceage. Foremost, the sparse yet fitful “Cimmerian Shade” where Rønnenfelt hacks and wheezes. “Simony” is insistent – more of a throwback to New Brigade and “Let it Vanish” features chords struck in such fervent succession they ring and reverberate like machinery.

Whether Iceage’s refusal to stagnate or be pigeon-holed was based on a sense they couldn’t push their previous sound further while keeping it fresh, or simply desiring to move onto a new chapter, it shows drive, stamina and promise. Such bold changes usually come much later for bands.