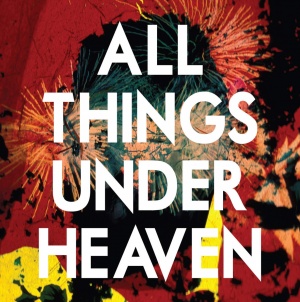 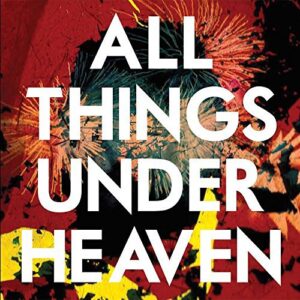 The Icarus Line – All Things Under Heaven (Agitated)

The Icarus Line have been flying under most peoples radar for far too long. Maybe that’s the way the best stuff gets made; out of sight of expectation, in their small world, where amongst the weeds and dirt, inspiration follows, flourishes with the vitality of the psychedelic. Their blues are the bruises we all bare. It’s no mistake the band reside in Los Angeles. (They have created their own recording studio there called ‘GangBangPark Studios’). The paradoxical hypocritic end of the Western world. They live it and, ‘All Things Under Heaven’ is testament to that.

Their 2013 album, ‘Slave Vows’ equally captured the psychological torment of the age we are living through; using and abusing, cruising and defusing it’s power until the groove and the idea become one. I had to pleasure of seeing them perform in Bristol not long after and it was a travesty. One of the greatest ‘Rock’ bands, who had just released what I believe to be one of the defining artistic statements of recent times playing to ten or fifteen people tops. They performed as if they were headlining the Hollywood Bowl, with an intensity and passion often missing from many of the imitators out there.

The title of the songs on, ‘All Things Under Heaven’ are evocative enough in forming a visual representation of the music. ‘Ride Or Die’, Total Pandaemonium’, ‘Millennial Prayer’ ‘Incinerator Blue’, ‘I Don’t Want To Stay’ & ‘Sleep Now’. As much as I love Grohl and his broken leg, the stadium filling rock bands that seem so popular don’t come close to embodying the necessary nihilistic Rock and Roll that is needed to counter-balance the dire shit hop rap and EDM pop pap that litters the charts.

This band will go down in music history I assure you, like The Stooges before them, their day will come. Lead singer, Joe Cardamone will rise like Nick Cave rose, to lead where others just follow. His vocals are as urgent and defiant. Always grooving with flow, riding the tide amongst the flotsam. At times he sounds like Marilyn Manson to make a strange connection, but the intent is the same. Visionary in a culture of the blind and bought.

‘All Things Under Heaven’ is an artistic statement of which it’s importance may lie years from now. Which is a pity because there is only so long artists can carry the weight of their work without the support of those that feel and understand their content. If this has piqued your interest then go see them next time they play in your town. Buy a t-shirt (most bands live and die by their merch sales). Go buy the albums, discover something vital in today’s ever increasing tension. The freedom to act is powerful thing. Support ‘ALIVE’ music!

Check out their site and buy the albums. They can be found on twitter and you can visit their studio.