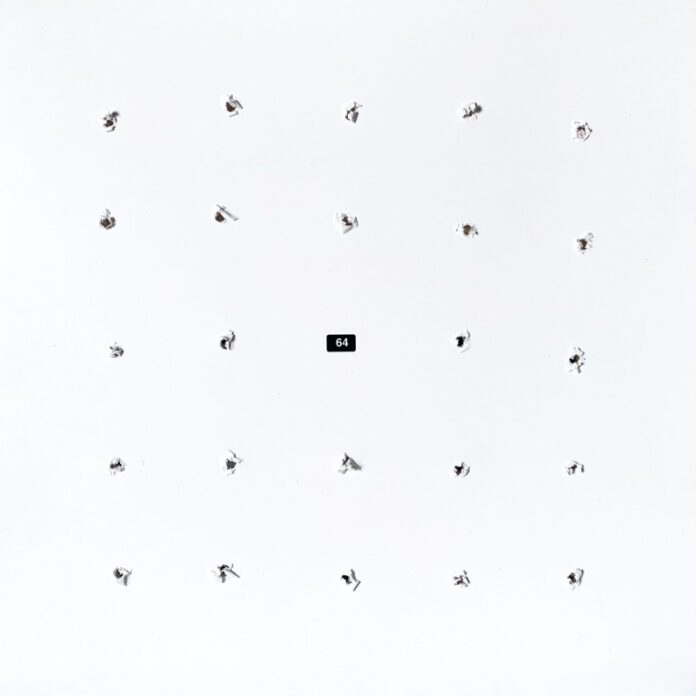 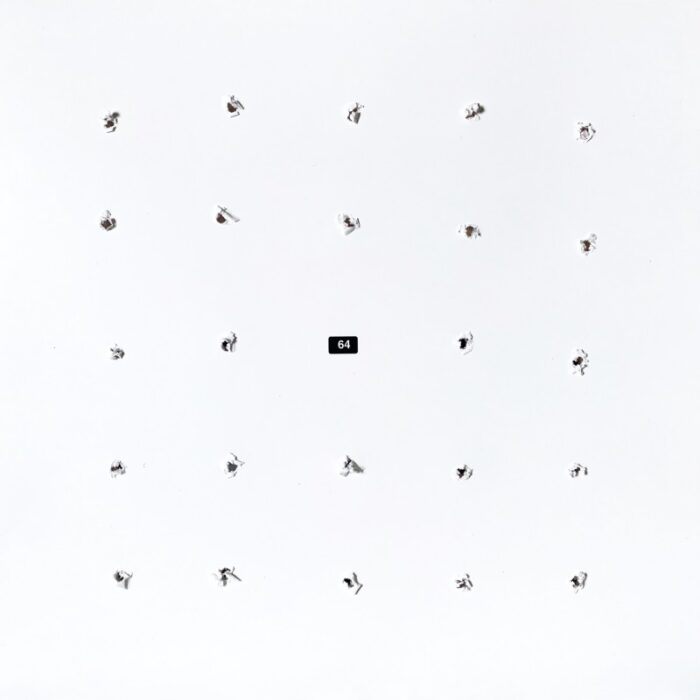 I may as well start the review by saying that this record really is a remarkable one; however uncompromising and disorientating it can initially seem. The last in the split 12” series from the FatCat label, ‘SPLIT SERIES #24’ features two uncompromising sound artists, acclaimed Canadian singer and composer Ian William Craig, and the intriguing Estonian poet and singer Kago. It really is a huge trip.

Nothing really prepares the listener for the power of Ian William Craig’s 19-minute-long ‘Because It Speaks’, built from a mashup of vocal loops and a plethora of additional effects, customisations and other manipulations of magnetic tape. All trickeries combine to serve up a fabulous slab of sound, heavy on the mid-tones. Sometimes there is a sense of immediacy, especially when we move through one passage to another and the sonic elements start to intertwine and mutate. There is a roughness, too, which suggests the piece is made up live, or decisions are taken on the hoof at times, but I can’t quite believe that. ‘Because It Speaks’ is also weird to its very marrow; beginning in a fairly low register, sounding like a boat blowing its horn on a foggy river, the textures seem to build up increment by increment, sticking to the main body of the work like limpets to a ship’s hulk. Synth or string samples shift and slide about, giving counterpoint to the bleeping synth pattern and the cut up voices, imbuing a very queasy, spooky feeling. A buzzing synth pattern then builds over time, to bring the piece to port. It really is a very ghostly piece, for sure; why we get what feels like a choir of dismembered heads at times is anyone’s guess. Terry Riley could have made something similar. Or maybe the mad lunar, sub-T-Dream explorations Thighpaulsandra and Julian Cope made with Queen Elizabeth twenty odd years ago. Regardless of whatever “it is” ‘Because It Speaks’ is a very good contrast to the contribution of Kago on the flip side.

Estonia has a long tradition of offbeat artists making strange and often extraterrestrial sounds using the human voice, or elements of it. It’s an impossible task to list all the necessary people here in a review, but we can cite backwoods hippie poets during the Soviet era, obvious names like Arvo Pärt or legendary ones such as sound poet Ilmar Laaban, who fled to Sweden from the Nazis hidden under a cargo of coal. More recently we have increasingly well-known modern sonic explorers such as Maarja Nuut, Ekke, Mart Avi and Ratkiller.

Lauri Sommer – aka Kago – is another artist in this tradition. His selection is a delightful mix of field recordings, softly sung pieces (one, ‘Tetermats’ features a young child adding a brilliantly punchy counter vocal), trippy instrumentals and dictaphone soliloquies. Whilst his music is firmly rooted in the Estonian folk traditions of his Seto ethnic grouping (an indigenous Finno-Ugric ethnic and linguistic minority from the south-eastern corner of Estonia and north-western Russia), there is a feeling at times – wildly, incongruously – of Indonesian classical music. This feeling may be invoked most by the track ‘Kaed Lahti On Ulga Kergem Soita’, the melody of which sounds as if it is entirely driven by percussive elements.

Kago’s side can be taken in as a whole and as separate pieces. The music seems to squat in an ever-present future-past. There is no real narrative arc here: the music is there or it isn’t, it really is as simple as that. Though it would be unfair to see it as a one long vague wash of sounds, given there are plenty of remarkable things to catch your attention. The last track, ‘Uued Vigikad’, for instance, sounds uncannily like a Vini Reilly number, probably because of the sweet, doleful chord progression. And the opening number ‘Kroosnomi’ has what sounds like a herd of pigs gatecrashing the singsong.

Best of all, both sides seem to trigger a sort of memory wipe in the listener; meaning you can flip this record over and over and not really get tired of it. Highly recommended for the strange ones in the tower.