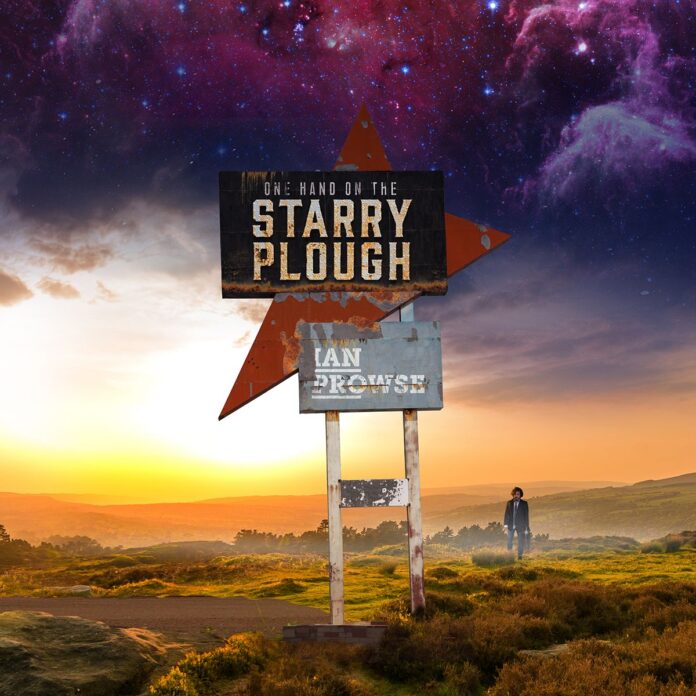 Ian Prowse – One Hand on the Starry Plough 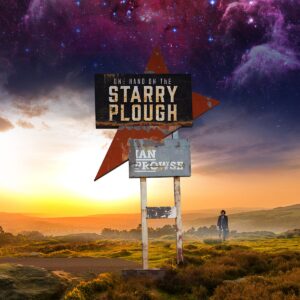 Out on February 11th

Ian Prowse returns with an album of epic and uplifting songs that deserve to take him into the mainstream.

A long time ago, when I first tried my hand at creating music rather than just listening to it, I naively thought that all one had to do to be successful was to be good and that the cream would automatically rise to the top.

Time soon disabused me of this notion and, since then, has also made me realise that the landscape of the music scene is dotted throughout with acts who should have hit mainstream success at some point in their career but, for reasons unknown, never managed to. I am certain you can think of a few acts yourself without breaking into much of a sweat.

One person who fits this bill is Liverpool’s Ian Prowse. Prowse has been making music since 1989, when he formed the much respected Pele, who released two albums of anthemic radio friendly indie before splitting in 1996.

From here, he formed the much loved Amsterdam who almost made the top 30 with their single The Journey and also recorded the hauntingly beautiful Does This Train Stop At Merseyside, which went on to become a John Peel favourite, with his wife Sheila declaring ‘He was not capable of playing it without crying.’

Amsterdam struck up a friendship with Elvis Costello, who also used them as support band on several tours and even as backing band on the Jonathan Ross show.

On first glance, all of the above reads as a preamble to tales of huge success, platinum albums and arena tours, but – as so often seems to be the case – this was not to be.

However, Prowse’s creative drive remains undimmed by this and he has continued to release excellent music under his own name and still continues to do so, with his latest album set for release on Feb 11th, intriguingly titled One Hand On The Starry Plough.

It is an album that again confirms Prowse’s talent and reiterates the fact that there must surely be an alternative universe where he is as big a star as the likes of Liam Gallagher have become in this one. The press release describes One Hand On The Starry Plough as “both a hug and a shoulder to cry on” and we couldn’t have put it better ourselves.

There is a rich vein of Liverpudlian good feeling running through the album, bringing to mind the likes of Mick Head, a fellow misunderstood genius from the same city. Ian Prowse is at least in good company. The songs here are well crafted and make One Hand On The Starry Plough a triumphant album, both in terms of the quality of the songs and its overall feel.

The album sets out its stall with opening track Battle, which looks at the hardships of life and manages the tricky feat of making a chorus with the lyrics “a different battle every day” sound positively uplifting and life affirming. The song is jaunty and catchy and, as a result, comes across as a smile-in-the face-of-adversity kind of deal, quite literally as it is near impossible to listen to this song swell and rise without a smile actually spreading across your face.

Holy River has an Irish lilt in the verses and bursts into glorious life at regular intervals. It is again a feel good song, especially when Prowse sings “ain’t nothing gonna stop me now, anything is possible” This is hand on heart singalong stuff and I can picture the spontaneous joy this would inspire in a live audience.

Next track Diego slows the pace with a brooding ballad. A haunting piano line provides the melody and gives Prowse’s excellent voice a well deserved chance to stand in the spotlight. I am reminded of Sade’s track Jezebel, as both take the shape of a story about the song’s nominal character and both have a languid, lazy air about them. An album highlight.

Prowse is obviously someone who feels no need to limit himself to one genre or musical area and can seemingly turn his hand to whatever he feels brings his songs to life.

Trial picks up the pace again, starting with fuzzed up indie guitar strums and soon turning into another feel good live anthem in waiting. In these days where the likes of Gerry Cinnamon and Jamie Webster can have number one albums and can play the country’s bigger venues there would seem to be no good reason why Ian Prowse can’t do likewise on the strength of songs like these.

Black Tie finds Prowse in reflective mood. The lack of percussion again highlights Prose’s voice along with his tenderness. Swine again raises the tempo and then mood with Prose seemingly able to move from ballads to stomping anthems at will. There is a touch of Bruce Springsteen to this song and the epic-ness gets turned up to 11.

Big Feelings places us again in ballad territory as delicately picked guitars provide the backing for Prowse’s falsetto. Somehow, through some kind of songwriting alchemy, this gentle song still manages to keep the epic feel the album has built up so far. Next song Dan again sees Prowse deliver a character-led narrative, this time over a sea-shanty song that puts me in kind of The Decemberists, which from me is high praise indeed.

Liveo tells us the story of yet another character and is the kind of song where one broadcast of a swaying, singing audience at Glastonbury would propel Prowse into mainstream consciousness once and for all. Its chorus is a complete earworm and those who hear it will doubtless find themselves singing it repeatedly as they go about their day.

One Hand On The Starry Plough bows out with He Sings. Prowse is too experienced a hand to let the album finish on anything other than an ecstatic high. There is an almost gospel feel to the song, especially on the “are you ready” call and response section.

After listening to the album for a while now and imagining how it would come across as a live gig, by the time the final bars of He Sings fade away I have to restrain myself from standing up and applauding wildly for an encore.

One Hand On The Starry Plough is an album that can lift you up and carry you away. Do yourself a favour and let it.

Buy One Hand on the Starry Plough here