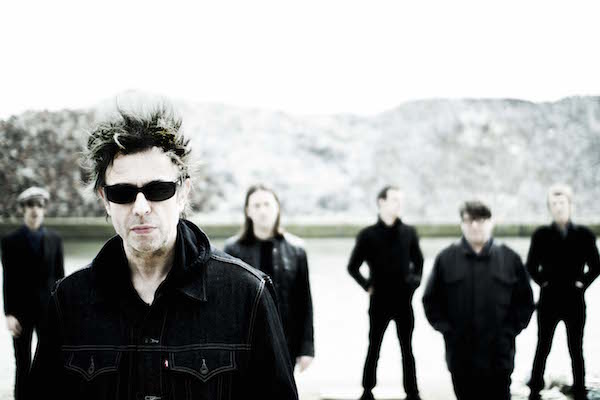 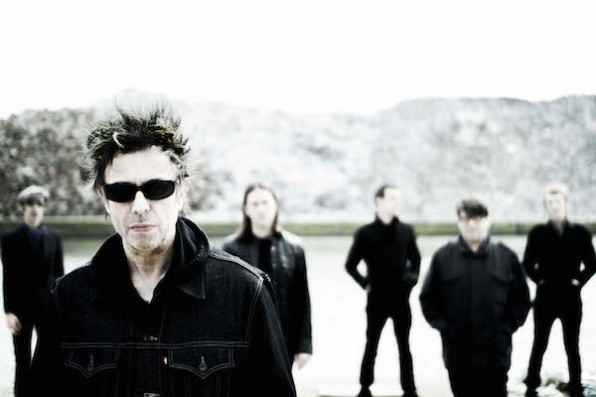 Interview: Ian McCulloch – “The idea is to be with the band in the studio next year”

The Echo & the Bunnymen singer tells us all about new venues, writing on the road and Liverpool FC.

Louder Than War: So How are you and how have the summer gigs gone?

Ian McCulloch: Great and great. The whole summer was incredible and then we finished with David Letterman (1) which was great.

Tell me about that cameo at Earls Court in London with Arcade fire, how did that come about?

I kind of met them before, I’m a fan of theirs and vice versa, I think I was asked a couple of days before the show. I just said, “Yeah I’d love to”. They were all dead nice and full of smiles which I like. It was a piece of piss; you go on and do the cutter. It’s not going to go wrong.

It’s been a good few months since Meteorites was released, how do you sum up the response to the album looking back?

It’s been good, you always get dickheads though, and they’re at every stage of your career. Reviews to Crocodiles (2) would have been favourable, but you can bet your life there would have been some dickhead saying it was shite. The response is the same as there ever has been; it doesn’t matter to me unless the fans kind of reacted badly. It takes a long time to really look back on an album; I know that now because of the experiences I’ve had. I think next year might be an easier time to answer that, but for now the response has been fantastic in terms of the fans loving it. We’re going to South America next month and that’s another way of judging it. I think it’s held its own and I think it’s being perceived as being one of the best.

Just a final thing on Meteorites, how do you think the influences on the records have changed throughout the years?

There’s not one influence that would be new since those days. I like R.E.M but they wouldn’t be influencing a Bunnymen record, and neither would Nirvana. The only influences that would be there would be; Bowie, Lou Reed and Leonard Cohen. I kind of like that because otherwise we would be one of those bands who just chop and change according to what’s happening, but we’re still 30 years ahead of our time anyway. Let us do the influencing as we always have done.

You’ve already spoke about going on a South American tour, but you’re going to embark on a UK tour as well?

Yeah, were doing the Friday’s, Saturday’s, Sunday’s each weekend which is great because it means we can go forwards and backwards from Liverpool. In certain towns we’ll stay over, but we’re doing the main nights of the week and it becomes more exciting. We’d do it in America but you can’t financially do it that way, but it works for Britain definitely.

And you’re going to be playing at the Holmfirth Picturedrome twice, which you haven’t played before?

I’ve always thought, “why haven’t we played there?” I’ve been past it and thought, “I like the look of that”, and Richard Hawley was always telling us to play there. It’s going to be great, and I like the look of the pubs around there. I do like a pub. It’s just an unusual venue, I’ve never been inside but just the vibe from the outside looks perfect, it’s the kind of venue we’d have chosen early on as a Bunnymen surprise kind of venue – a mystery show. It feels very ‘Bunnymen-esque’.

Do you still get a ‘buzz’ from playing new venues like you would 30 years ago?

Oh aye yeah, but it’s great playing old ones we know as well. My idea next year is to hopefully play the Albert Hall again because that feels like our venue. We opened the floodgates to all the other bands, so I regard that as our venue. Hopefully we’ll take Holmfirth and make it ours as well. At some venues it makes sense – it feels like home, but there’s some venues that you never want to play again.

Is there a view to put out more new material again next year?

I don’t necessarily want to write on the road, because I think you end up with ‘jamms’ rather than songs, and I’m not a massive ‘jammer’. But yeah, the idea is to be with the band in the studio next year. I like albums, however many people say “it’s dyeing”, or “it’s stupid to make them”. It’s not always the wisest move financially in this day and age, but I think it’s the best format for the Bunnymen. I also want to use the band more, not so much in the writing of the songs, but if one of the band comes up with something fantastic then I’d be well up for using it. 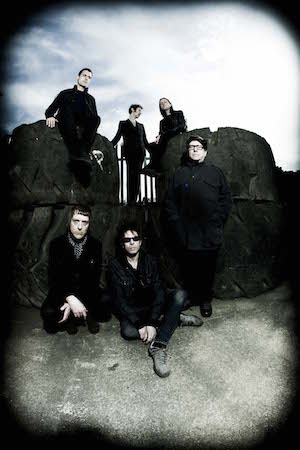 Do you still search for a track that’s as good as ‘The Killing Moon’?

[Laughs] Yeah, I think that’s already happened, in some people’s eyes Rust is the best song the Bunnymen have done, which I wrote a long time ago. There’s songs on Meteorites, New Horizons is one of my favourites, but The Killing Moon has had 30 years and a bit more to kind of grow in stature. Stewart Copeland was the guest reviewer in ‘Smash Hits’ (3), which is why I always hated him. He said, “yeah it’s an alright song, but surely the guitar solo has come and gone”. How can you overlook that? The greatest guitar intro, and the greatest guitar outro underneath my vocals. I just thought, “That’s why you’re Stewart Copeland, that’s why you’re the drummer in the Police, and that’s why you will always be a twat.” Yeah it is the song of all time, but I do always have that in mind of kind of ‘stepping up’ to that, whatever song I write. If it’s a lyrical song, or a beautiful song, then that’s the benchmark. The cutter would apply in another way, with that urgency and kind of angular cutting sound. I kind of called it the cutter because of the way the guitars tended to cut, and maybe that influenced the lyric.

We’ve already spoken about Ocean Rain, is it still the greatest album of all time?

[Laughs] I think it was “the greatest album ever made.” It’s definitely in the top 10. Ocean Rain has affected too many people, in the right way. And the fact that Anton Corbijn told us in Liverpool that U2 don’t like Ocean Rain, I thought “perfect”, because they tried to copy us all along. I said to Anton, “thank fuck”, because their still as shit as they ever were, and ever will be. But Ocean Rain is in the top 10 definitely, you can’t argue with songs like The Killing Moon, Ocean Rain, Thorn of Crowns and Nocturnal Me. There’s nothing on any album that I’ve ever heard that comes close to The Killing Moon, not even on Bowie albums.

Let’s talk about football. How do you rate Liverpool’s start to the season and their effort at the league title last term?

This season’s been odd to be honest, but I think the injuries haven’t helped. But he [Brendan Rodgers] was telling us he was going to buy players that would step in straight away, so don’t buy players and then loan them out. But I love Rodgers and I think he’s the man for us. I think last season was the most exciting season we’ve had since the old days, and in some terms even more exciting because we used to expect to win it. It’s just brought back how great it is to be a footie fan. It felt like we won anyway. When Gerrard slipped, everyone else seemed to be in the opponents half, and I think that should have been made more of. That phrase “we go again” kind of brings tears to your eyes, it was like somebody in charge of the military in the Second World War. I was in Paris on my birthday for the [Crystal] Palace game, which was a weird one. I had to tell some fella to shut up. We became everyone’s second team last year. Who’d want Man City or Chelsea as your second team? They just got invented somewhere down the line.

Have you been going to the games much?

I haven’t, my manager’s got my season ticket. I had a friend who sold his and it kind of put me off going because when I go on my own everyone knows who I am. It felt much easier going in the ground with a mate. But I’ve been offered a place in one of the player’s boxes whenever I want, and I’ll take him up on that over the course of the season.

Finally Ian, 11 Bunnymen albums now and 5 solo records, what keeps you going, and is it still as exciting as it ever was?

Oh aye yeah, it’s what I do. I see myself as Picasso or da Vinci, you know? It’s my art form, every time I write a lyric it’s another poem, and I happen to sing as well. What keeps me going is the way of explaining where I am, and who I am. It’s not even about subject matter half of the time, but it’s about any one artist shapes it.

Echo and The Bunnymen have the following shows lined up:

All words by Josh Norcliffe. More from Josh can be found at his Louder Than War Author Archive here.