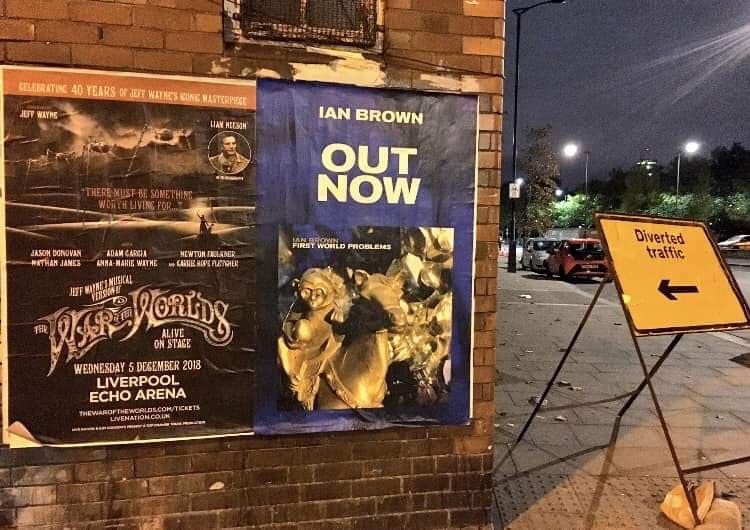 As predicted in Louder Than War a couple of weeks ago there seems to be a new Ian Brown single.

’First World Problems’ will be released at 5pm tomorrow, Thursday according to a very good source. The poster in Liverpool had been put up too early by mistake adding to the almost situationist sense of confusion.

This photo of the now covered up Luverpool poster was taken by Lewis Ridley and was sent to us by Kelvin Williams, 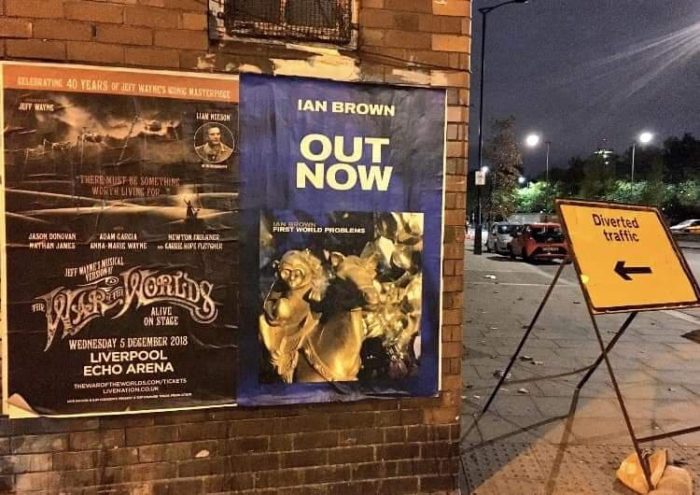