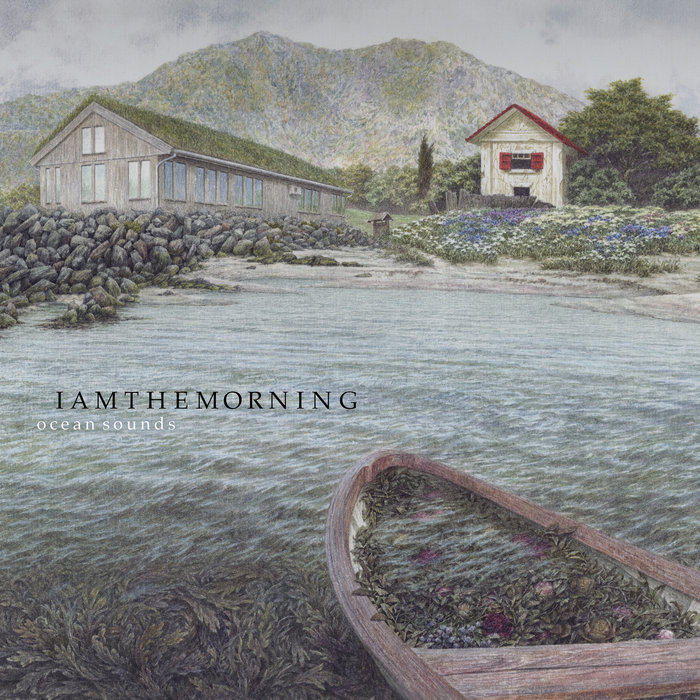 The new intimate in-studio/live recording and film from the acclaimed Russian duo and their live band recorded on a remote Norwegian island.

The two albums, Belighted and Lighthouse, the latter in particular, raised the profile of Gleb Kolyadin and Marjana Semkina in the progressive music field in particular. It found the duo evolving  into  an expanded outfit  for live performance while Ocean Sounds offers  the chance to view  the live line up   working in situ at a remote studio on a Norwegian island; one that inspires a performance that highlights why people are getting excited about their originality and presence.

On the back of Kolyadin’s own impressive solo work and confirmation of his status as a premier league keyboard figure in being  the youngest highest ranking musician  in Prog magazine’s recent poll of greatest ever keyboard players, comes a set that cherry picks from their catalogue and offers a glimpse of their next album with an unplugged recording of Blue Sea.

The haunting psychodrama of Libretto Horror is a perfect opportunity for the Kate Bush comparisons that people love to attach although a wide and wild eyed modern dance interpretation is perhaps not in the Marjana Semkina bag of tricks. It’s a small part amongst a set that varies little from the signature melancholy and bleak themes that iamthemorning deal in. 5/4 is what they’ve  called  their concession to something a bit lighter in terms of subject matter, but there’s an undisputed vein of  beauty that runs through the material despite the darkness and morose intensity. Be it in the measured and supremely elegant vocal presence or the sophisticated and crafted piano work, the duo find a sympathetic  and subtle accompaniment from the strings and ‘much more than a rhythm section’ that bears the skilled percussion of  Evan Carson and  bassist Joshua Franklin.

Anyone familiar with the iamthmorning catalogue will find the added  cinematic and sympathetic visual aspect  (which is visually stunning on the Blu-Ray) to be the perfect foil for their work. The inclusion of intimate glimpses that reveal a little behind their solemn façade  soften their image somewhat whilst also allowing the duo to open up and give their musical creations and added depth. A variation on the career defining live album, Ocean Sounds is one that adds another dimension to iamthemorning.

You can find more about  iamthemorning on the KScope website here