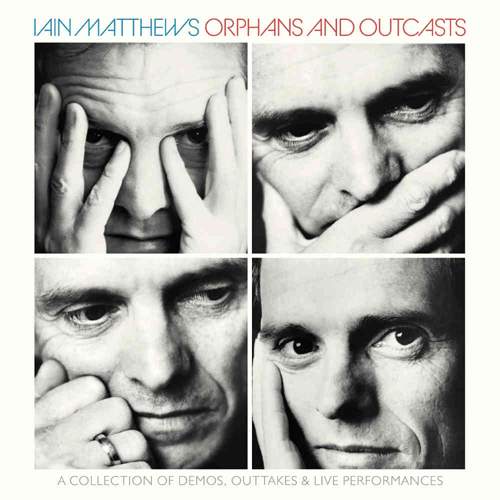 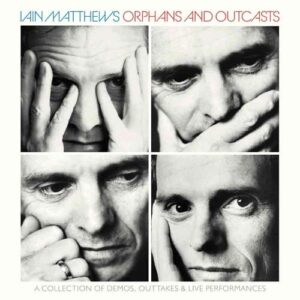 A neat compendium of Iain Matthews’s out of print rarities series with a fourth volume of previously unreleased material. Louder Than War’s Craig Chaligne reviews.

Always linked to his (short) stay in Fairport Convention from 1967 to 1969 and the chart topping “Woodstock” with Matthews’ Southern Comfort in 1970, Iain Matthews has spent fifty years pursuing his musical muse all over the globe. Mostly carried out far from the charts, his repertoire is ripe for rediscovery and this set offers the added bonus of covering thirty years of it in a single box.

The first volume “Out of the Egg” charts Matthews’ days with Matthews Southern Comfort and Plainsong and his early forays as a solo artist. All the material released round this time by our host was seriously high quality with Matthews proving to be a great songwriter while choosing covers that suited him to a t (“Woodstock” being a prime example but there are many more). The first five songs were all in contention but ultimately not included om MSC’s second album “Later That Same Year”. Matthews’ singing is impeccable and the playing is excellent and the short and sweet “Later On” would have made an ideal instrumental to end Side A of the LP. These five songs are followed by a four track radio session recorded with the line-up that played on Matthews’ second solo LP, the much lauded “If You Saw Thro’ My Eyes” which was released in 1971. The musicians (including Richard Thompson on guitar) bring much musical depth to the material with a rather splendid version of “Not Much at All”. Matthews wears his influences on his sleeve with a rollicking take on “Christine’s Tune”, a Flying Burrito Brothers track penned by Chris Hillman and Gram Parsons. Plainsong makes an appearance with a 1972 radio session that can surprise in its sparseness compared to the previous material but the quality of their performances and the harmonies  on “Tigers Will Survive” prove that the band was really onto something which makes it a crying shame that Elektra convinced Matthews to disband Plainsong to go down the solo route again. A venture which turned to be very short lived as Matthews was dropped after only two albums in spite of some stellar material (represented here by the Thompson penned “Poor Ditching Boy”). A series of demos and outtakes for his post Elektra period (including two tracks recorded with the great Emitt Rhodes) round off this first volume.

The sonic jump on the second installment titled “Learning To Fly” can be hard to take but as Matthews says in his liner notes :” The period between ’81 and ’83 is not everyone’s cup of tea and I realise that. Fans have not been shy about letting me know. But to be in denial of this period would only leave a glaring gap and would give an untrue representation of my career”. The new wave sheen of “S.O.S” and “Better Note Stay”, both recorded by Matthews’s early eighties band Hi-Fi are a big departure from his seventies output as are the three demos recorded in 1982 at the Studio were Hi-Fi did both of their albums.  You can feel him trying to find a place in the musical landscape of the early eighties. Matthews spent four years in the mid eighties working as an A and R man but by 1987 he was ready to be a musician again. The impetus for this return was Matthews’ admiration for the songwriting of Jules Shear, going through more than a 100 Shear demos, him and producer Mark Hallman selected 25 to be demo’ed. Some of them were lost but the six that appear here are really good songs and the sparse arrangements really suit them. Inevitably the final album was more produced and polished but these songs show that Matthews was clearly enjoying the creative process again. An interesting insight on songwriting comes in the form of the duo “We Don’t Talk Anymore” and “Rains of ’62” which are essentially two versions of the same song, the second keeping the music but adding a new set of lyrics.

The third volume originally released in 1999 doesn’t follow the chronological flow of volume 1 and 2 and instead we retreat back to 1966 with Matthews’ first effort as a singer with the band Pyramid on “Me About You”, a song that was subsequently popularized by The Turtles, an eight track demo of “Woodstock” is followed by three songs by a 1971 radio session featuring Matthews, Andy Roberts and Richard Thompson, again a great sounding live recording that compares well with the ones present on the first volume. An a capella version of “I’ll Fly Away” is particularly striking  and “Sing Senorita” proves to be a real gem of a track with a similar west cost feel to the the album “Stealin’ Home” where it should have apperaed. Some further Jules Shear demos were uncovered for this third installment, “This Fabrication” and “Except for a Tear” keep on with the high quality of the numbers on Volume 2. Matthews’ reunion with Andy Roberts in the early nineties is documented by two tracks recorded in Roberts’ home studio and the Plainsong reunion that ensued by an excellent live track of a song called “Spirits”.

“Three’s a Charm” seemed to be destined to be the last volume in the series until Cherry Red expressed the wish to re-release the three albums prompting Matthews to go through the coffers one more time to assemble a fourth volume. The result is a rewarding one and it starts with two bangs with an excellent cover of a song titled “Let Me Live Until I See You Again” that would have fitted like a charm on “Stealin’ Home” and a live version of “Seven Bridges Road” with great harmonies. A trio of Andy Roberts collaborations follow but the next high point is “Restless Wings”, a breezy pop number with a fantastic chorus and commercial appeal, surprisingly the song was shelved for twenty years until it surfaced in a completely reworked version on the “In The Now” album that Matthews recorded with Dutch pianist Egbert Derix. The quality of the demos on this release is quite fantastic and combined with some great material (“Even It Kills Me” and “Horse Left In The Rain”), Matthews uncovers some more gems. A cover of the Buffalo Springfield classic “Mr.Soul” and a rather gorgeous take on an original titled “Stranded” with a great vocal and some well chosen mandolin parts close off the proceedings.