Home Music Bands I Was Britpopped: The A-Z – book review 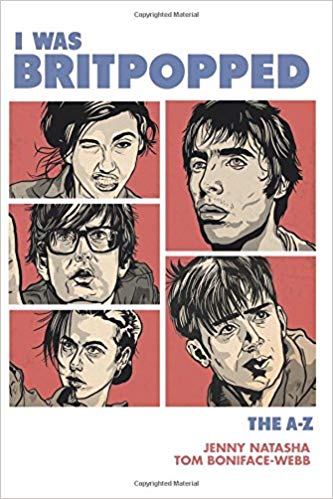 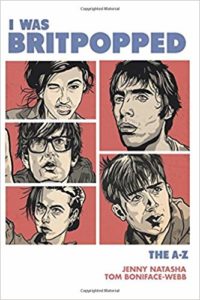 What are your memories of Britpop? Some of mine are of seeing Blur on their first date of their Parklife tour at Nottingham’s Rock City, watching Oasis supported by Ocean Colour Scene at the same venue before both band broke big, buying second  hand clothes to try and look as Mod as possible, listening to Lamacq/Whiley with almost religious regularity each night plus buying the records of the moment. Recently I Was Britpopped: The A-Z of Britpop –  for anyone who grew up in the nineties, and for some that didn’t – has been published which gives an overall concise review of the major music players of the Britpop scene. Matt Mead reviews the book for Louder Than War.

From the books press release – Britpop: it’s the only term that can accurately encompass the bright, bold sound and attitude that burst from the United Kingdom in the ’90s. Beginning with the release of Blur’s single Popscene in 1992, peaking with Oasis’ triumphant outdoor live shows at Knebworth in 1996 and closing with Pulp’s come-down album This is Hardcore in 1998, this alternative rock subgenre grew to be one of Britain’s most impactful musical movements of the modern era.

My personal memories are pretty vague of this period in my life. Being in my early to mid 20’s in the early 90’s there was lots of music to explore as a fresh faced kid on the music scene in Nottingham. The opening night of the Parklife was one of them, Rock City was and still is one of the country’s main music venues, so luckily I was able to visit and see a few of the bands that were in the Britpop scene, including the aforementioned Blur and Oasis, I also saw Burning Wheel period Primal Scream, full on shimmering funk of Brand New Heavies, Teenage Fanclub, Radiohead and Manic Street Preachers. I also remember this period being a big eye opener for me when these new bands would mention bands that they were influenced by that I explored with equal excitement, amongst them were The Small Faces, The Action, Wire, The Jam, Herbie Hancock’s Headhunters, The Meters, The Clique, Library Music, the list could go on.

In more than 500 light-hearted but meticulously researched entries, musicians and fans Jenny Natasha and Tom Boniface-Webb pay tribute to a brief but pivotal moment in musical history; turning the spotlight on key players like Liam Gallagher, Brett Anderson, Jarvis Cocker and Damon Albarn as well as unsung heroes who fought under the red, white and blue banner in the Britpop revolution. The book is superbly put together, with the vital and important details of each band included as well as those that weren’t as popular. The book is for those that were there at the time as well as those who are new to the era. It is a great reference book for anyone that wants to dip their toe in or go the whole hog and go neck deep.

Tom was Britpopped in late ’95 when trying to impress a girl. He asked her who she preferred – Oasis or Blur. The tape of (What’s the Story) Morning Glory? soon followed and the rest was history.

“The book is not intended to be read as one continuous piece, but rather dipped in and out of as a reference book. Included are stories from the time, published in the music press or captured in documentaries, as well as our own opinions. This was a scene and movement that we were part of and which means something important to us, and can now finally be told due to the twenty years of retrospect that it has achieved. Even if you weren’t there, this book will help you to get a full understanding of what made Britpop the UK’s last great musical movement.”

Jen was Britpopped during the Summer of ’95 in GCSE Art class, listening to Oasis’ Live Forever on her friend’s CD Walkman.

“It was such an exciting time for British music, with new music out every week. Whereas previously I had been listening to The Beatles and most of the 60s guitar bands, Britpop came along and changed everything. Suddenly there were bands I could actually go and see. Bands of my generation. I wanted a souvenir that really captured the whole era, but couldn’t find one. So, an idea was born and I started writing with my good friend Tom. I just imagined this finished A-Z of Britpop lying on my coffee table. When I speak to people about it, they ask if they can have a copy too, once we’d finished… so here we are.”