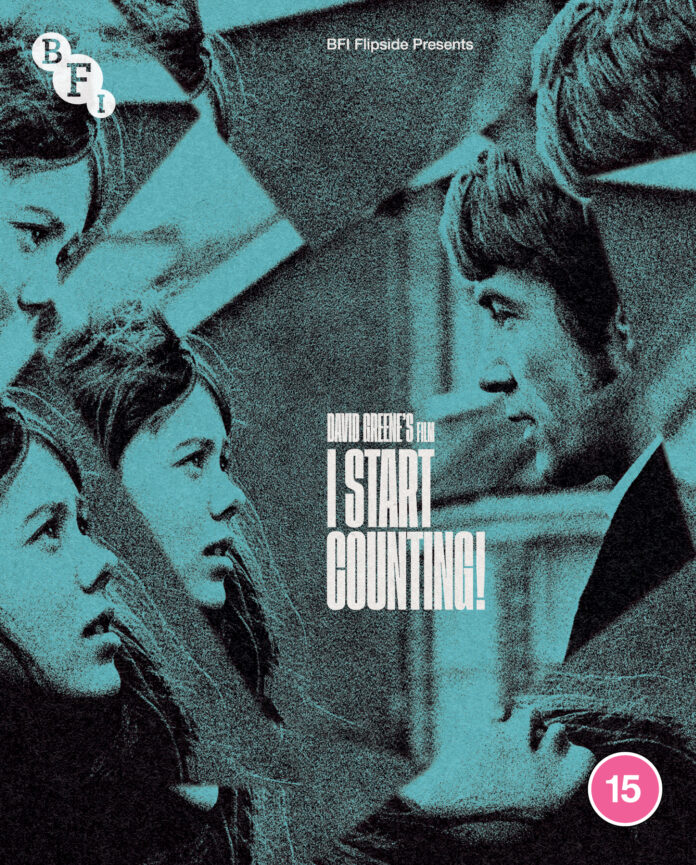 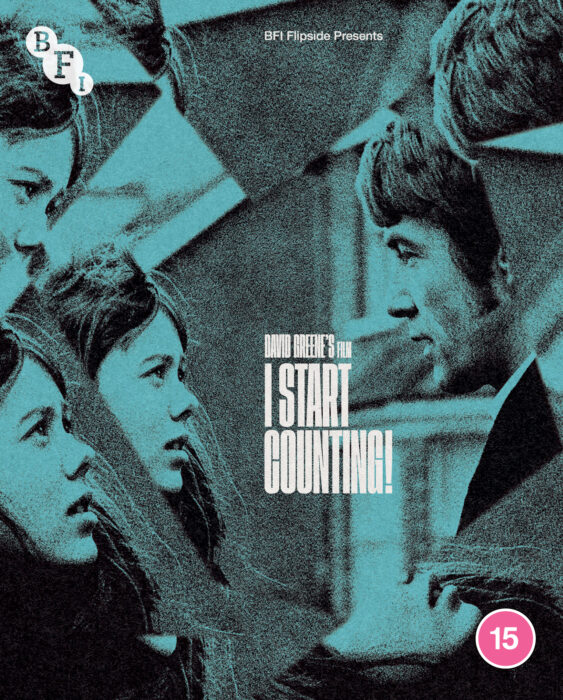 As the opening credits roll, we see a figure in a bed covered by sheets. The camera pans around the room, lingering on significant details: a school uniform draped over a chair; rosary beads; homework; a toy rabbit and a Popeye alarm clock which will soon wake up Wynne Kinch (Jenny Agutter).

The start to Wynne’s day and her pre-school ritual is far from a remarkable. What is remarkable is the song that accompanies her introduction. Basil Kirchin’s composition I Start Counting is utterly charming, one of the most captivating theme tunes to any British film of the era. With vocals supplied by Lindsey Moore, a singer in her early teens, it’s easy to imagine it’s Wynne herself singing.

Almost fifteen, Wynne is adopted and lives with her new family – her mum, grandad and two older brothers George and Len – in a tower block flat in Bracknell (renamed Dalstead here) at a time when the development of concrete new towns was viewed optimistically. Mum reckons they’re living ‘in a palace’ and when Wynne gazes out her bedroom window, Bracknell certainly looks far from brutalist, with plenty of trees and greenery punctuating the housing estate below.

A real darkness has descended on the town, though. A group of school-boys skim stones across water, oblivious to a dead girl’s body submerged at the edge of the pond. A maniac killer is on the loose and has struck again in a park only minutes away from the now abandoned house where the Kinch family once lived.

Wynne is warned off visiting the area by her mum and is also ordered not to go out alone at night, the message being immediately reinforced by George (Bryan Marshall). Despite the age-gap – he’s thirty-two – and the fact that he is her foster brother, Wynne is hopelessly infatuated with him, something her chirpy pal Corinne likes to chide her about on a regular basis.

With a fertile imagination and voyeuristic tendencies, Wynne had spied that morning on George as he washed and was unnerved by three long scratch marks on the side of his back. Later, as he drove her to school, she was curious enough when seeing him surreptitiously stash a wrapped package into a bin to later investigate. She found a jumper she once knitted for him smeared with what could conceivably be blood.

Why is George spending his Friday nights fitting shelves for elderly ex-neighbour Mrs. Bennett when her house is due for demolition in the coming weeks? And why does he explode into a rage when he comes across his younger brother’s scrapbook of newspaper reports on the murders?

Despite the warnings, Wynne does visit her old neighbourhood. She is no new town Nancy Drew but does discover via Mrs. Bennett that George has been routinely lying about his whereabouts.

Could the man of her dreams be the maniac killer? 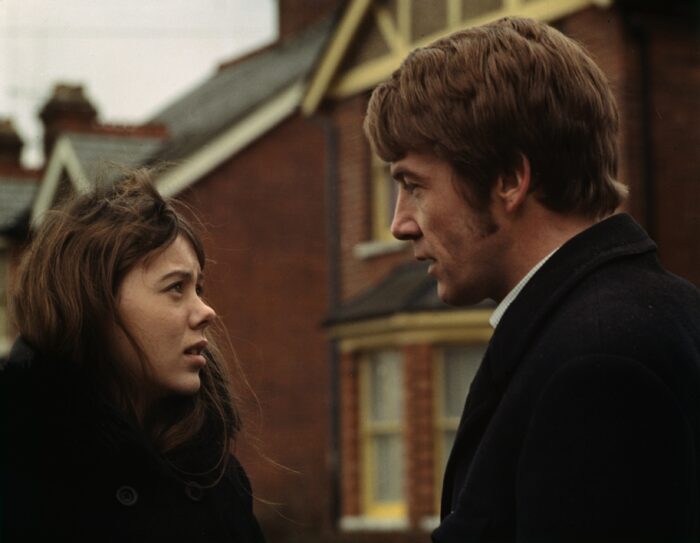 At a café in their local shopping precinct, Wynne and Corinne discuss boys, or more accurately, men. Corinne’s six months older than Wynne and her hemlines are always a couple of inches higher. Highly competitive, if her best pal can potentially have a relationship with a guy in his thirties, then Corinne feels the need to fancy an even older man who takes their order.

Wynne persuades Corinne to accompany her to the old house. In a state of complete disrepair, Wynne bizarrely claims to want to clean it before it is bulldozed, but once inside she instead holds a seance of sorts where she supposedly summons the spirit of George’s dead fiancée. By any standards, this is a bad taste idea that also goes against her religious beliefs. Adopted into a family of non-Catholics, she goes to a Catholic school and attends mass and confession regularly.

So, what does this lovesick teen do when she suspects her foster brother of breaking the fifth commandment ‘You shall not kill’?

Answer: She attempts to cover up any evidence that might incriminate him such as throwing the jumper she retrieved earlier into a furnace, continues to fantasise about marrying him, while also stepping up her spying missions. 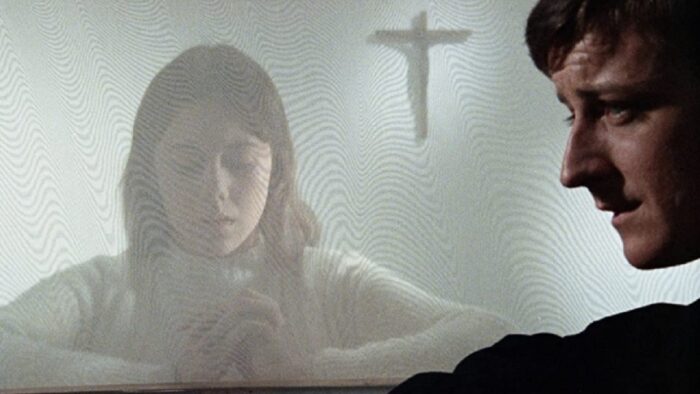 Wynne is far from a one-dimensional character. She is very likeable, though she can be annoying, and even cruel – she confesses to a priest that sometimes she’s glad that George’s one-time fiancée died in an accident.

Jenny Agutter’s gives a highly assured performance, adroitly conveying a complex range of emotions. She even convinces as a giggly first time drunk which couldn’t have been easy given her age. Bryan Marshall excels too, and the awkward chemistry between the pair is perfect. 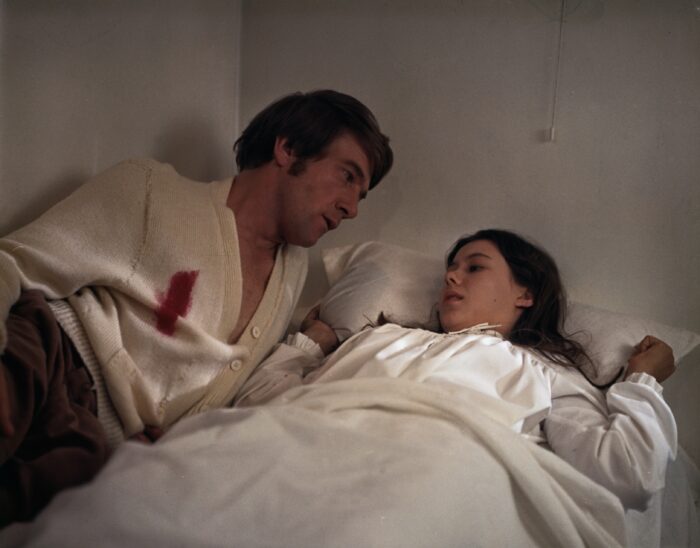 I Start Counting! failed to set the box-office alight and critics were divided over its merits. Due to its combination of coming-of-age drama and serial killer movie, the Observer complained that it ‘never fully makes up its mind what it is setting out to do’. The Financial Times meanwhile lauded the director, claiming that ‘Greene can make nearly as much of an English new town as Godard does of Paris’.

Comparing I Start Counting! with films like Breathless and Band of Outsiders might have been generous, but Bracknell undeniably provides an intriguing backdrop and Greene does expertly capture the town in flux with houses being demolished just as other buildings are springing up, and the hexagonal shaped high-rise where the family live is a truly memorable piece of architecture.

Available on Blu-ray for the first time in the UK, this is the forty-second release from the British Film Institute’s Flipside series. It’s one of the best yet.

Among the extras included on this release are new interviews with Jenny Agutter and screenplay writer Richard Harris; an interview with Jonny Trunk on music pioneer Basil Kirchin; a video essay on the film; an audio commentary by film historian Samm Deighan; complementary films from the BFI National Archive and, with the first pressing only, an illustrated booklet.