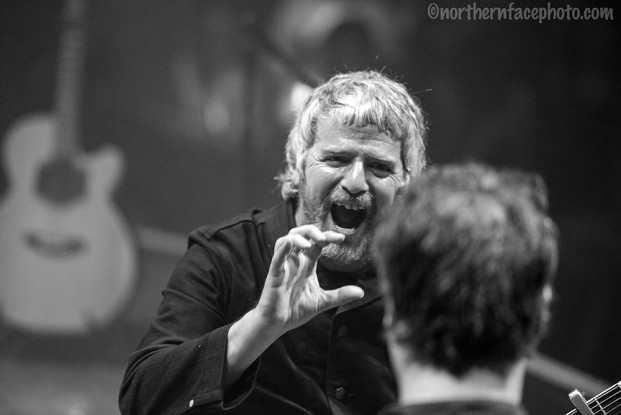 I Am Kloot’s UK tour kicked off in Manchester last Friday celebrating their 15 years together. Louder Than War’s Nigel Carr (words) and Dave Gleave (photos) were in the audience and here they report back.

Fronted by the enigmatic John Bramwell who returns after taking time out to record the soundtrack to ‘From There To Here’, to do his own solo tour and to finalise the live album released in January, I Am Kloot kicked off their much anticipated Spring outing on home turf at The Albert Hall in Manchester last night.

Much has been said of this venue but just to set the record straight it’s a Huge Victorian Methodist chapel on the south side of Manchester, opposite The Free Trade Hall, the site of many a live concert in the 1970s and where, upstairs at the ‘Lesser’ version of its moniker, in June 1976 The Sex Pistols made their Northern début to a group of impressionable young Mancs, some of whom would rush off to form new punk bands, like Buzzcocks and Joy Division. I might also add that it has the best acoustics of any live venue in Manchester – if you’re not under the balcony that is!

Sitting comfortably between fellow Mancunian bands, the now defunct Doves and the hugely successful Elbow, I Am Kloot may lack the big riffs and stadium filling pyrotechnics of its contemporaries, but what it does have is the same sense of gritty Northern lyricism and the sweetest of melodies. Bramwell sings with a big heart and a tinge if insanity and his pitch perfect voice rings out in majestic fashion, perfectly filling this once religious hall.

There is something very animated about the band tonight; Pete Jobson, on bass, normally sits on a stool, head down with a fag in his mouth, but tonight he is upright and rocking with his bass slung low, almost Hooky style. Bramwell has an easy rapport with the audience – after a melancholic This House is Haunted he tells us how, driving away after recording it he turned to Pete and said “That’s fucking brilliant” and with his leg propped up on a beer crate after rocking through Gods and Monsters he asked the audience in his wry Northern tones “Has anyone heard of I Am Kloot?” “You’re very well mannered this evening – thanks dad”. 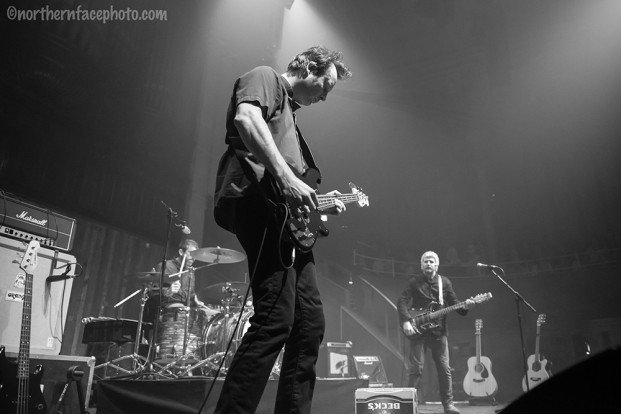 The Same Deep Water As Me has the crowd mesmerised, it’s a beautiful song, perfectly delivered with a soft restrained drumbeat courtesy of Andy Hargreaves, reminding me a little of Sting’s Fields of Gold; after turning to his band mate Bramwell remarked “Pete reassured me that was the best I ever played that solo.” (Dave caught the moment perfectly – top!)

“The songs have been requested via the internet” he tells us, “So this set is because of you”, before the band launches into Someone Like You after which Andy and Pete leave the stage for a couple of solo numbers from John, including the enchanting Astray.

After returning they fly through Over My Shoulder after which he tells the audience “Do you want that again? We can do it better” – he’s such a humble bloke, a trait he shares with Guy Garvey, lacking the self assured swagger of Liam Gallagher or Ian Brown and you can see how much the audience loves and respects him. 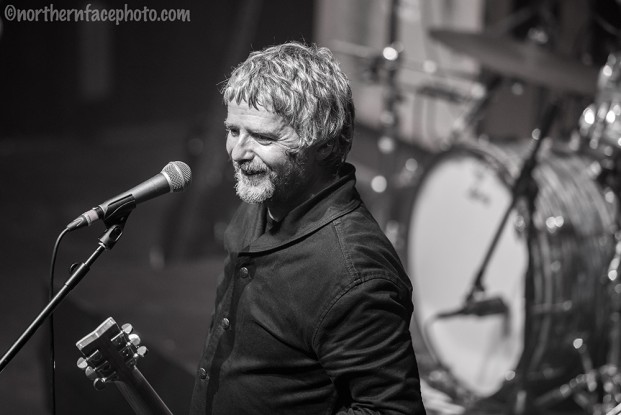 Unlike other bands it’s the quieter moments that the audience responds to the most and this culminates in From Your Favourite Sky which has the whole auditorium singing along. The band leave the stage to an ecstatic crowd, stomping so hard that I fear the balcony will collapse!

They come back for an encore of Twisted and then finally, Proof, which is one great sing along! The audience know every word which is actually easier than it sounds as it’s one of the simplest, sweetest songs ever written. The applause and cheering from the crowd as the band leave the stage is deafening and you just knew what a triumph the gig really is. 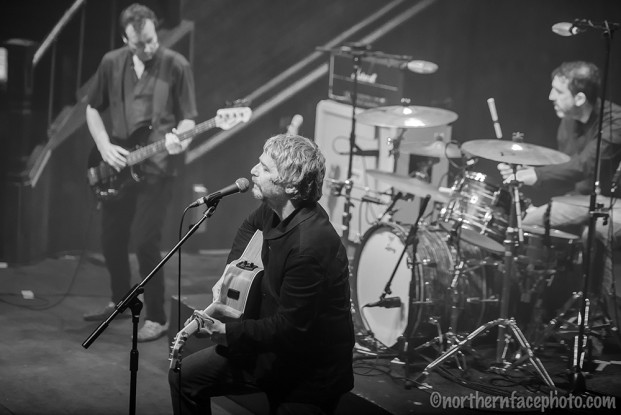 This was the opening concert in a string of dates for I am Kloot and it wasn’t perfect by any means; some of the arrangements were rather loose and they could have been a lot tighter during the band numbers. As a whole, though, it was a great gig for the band and the audience was full of appreciation; there were a lot of blissed-out, smiling faces leaving the venue!

All Photos by David Gleave. More of Dave’s photos on Louder Than War can be found here. He’s also on Flickr and his personal website is northernfacephoto.com.