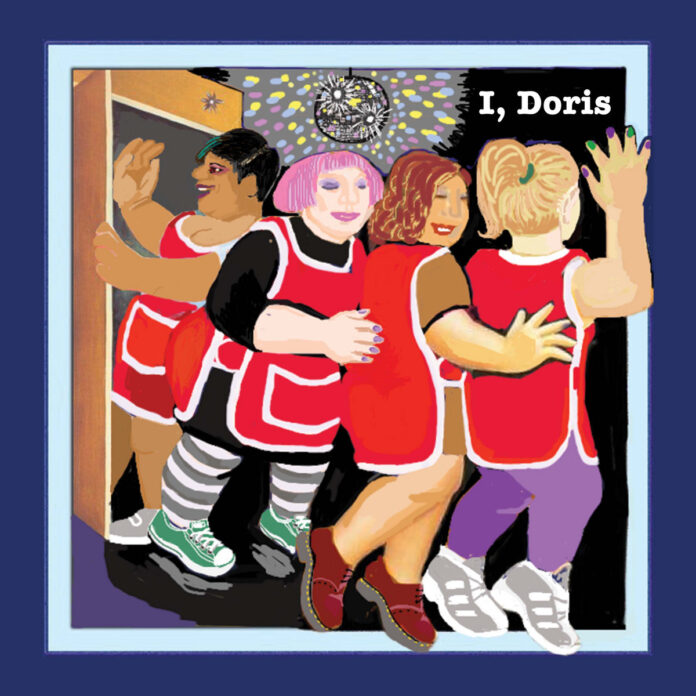 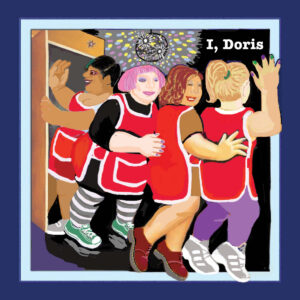 I, Doris: In the Ladies

… from soon to be released album I, Doris (bandcamp)

Mummycore rockers, Feminist she-punks in dinner-lady tabards, I,Doris are pop-punk more influenced by Victoria Wood and French & Saunders than by Bikini Kill. Their latest song is about where they spend their time (as well as a penny) on a Big Night Out.

Whilst French & Saunders seem a bit dated now, Dinner Ladies doesn’t as it captures a female sense of humour and unity.  Very much like I, Doris.

The band name adapted from I, Daniel Blake and combined with the kind of name that your Nan’s best friend had in the 80’s encapsulates the politics and humour of the band. It’s a mixture of mumsyness and rad-fem.

I, Doris are the Loud Women house band in that guitarist/songwriter Cassie Fox seems to be the driving force behind both.

Following some brilliantly astute re-written cover versions – End of the World As We Know it and  Girl From Clapham / Up The Junction, the latest single is In The Ladies…

Ever popped to the Ladies at the pub and emerged an hour later with some new best friends? Having put the world to rights, shared secrets, swapped makeup top-tips, and resolved to definitely keep in touch?

Then your new favourite song is ‘In the Ladies’ by London mummycore band I, Doris. A feel-good, catchy punky pop anthem inspired by those Big Nights Out that ended up taking place around the sinks in the pub bathroom.

“This song is dedicated to all the new friends we’ve made in ladies loos over the years. Often on a BNO we end up spending ages chatting to whoever’s in there, putting the world to rights in a place where we can actually hear to talk, helping a sister out with an emotional crisis, giving relationship advice … and blokes think we’re just having a wee! There’s a lot that goes on in the ladies.” – Doris

The video accompanying the release was filmed in the ladies loo (of course) of Walthamstow Trades Hall, where one of the Dorisses (Molly Energi) works behind the bar.

While we are here, we may as well enjoy the previous single and video…

Honourable mention for the superb cover-art, by Abby Werth, in homage to the style of Beryl Cook.

I, Doris have a huge untapped audience of women and male-allies made up of the stay-at-home punk and alternative-comedy generations… who stick to greatest hits albums and don’t seek out new music.  They need to get on primetime TV somehow   (Remember how French and Saunders used to have Kirsty MacColl and Alison Moyet regularly guest on their shows…?).

Between school-runs and cake-sales the Dorises are squeezing in a mini-tour and the mini- album is out on the 21 November 2021. Viva Las Doris!