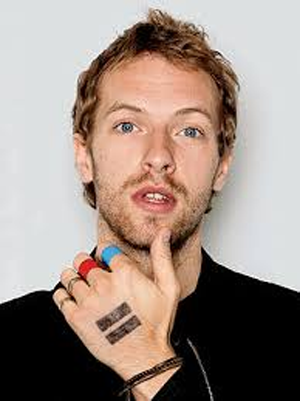 I Blame Coldplay : The Homogenisation Of British Musical Culture Part 666 by Sean Diamond

Are Coldplay responsible for all the music in the world sounding the same? And famine, pestilence and war as well? Sean Diamond investigates.

A recent article in The Guardian by Sean O’Hagan regarding the apparent takeover of the UK’s arts and culture scene by upper class, characterless public school types in recent times got me thinking. Can the apparent unwillingness of all our major labels to invest in anything remotely challenging, loud, daring or cutting edge be inadvertently traced back to that time, in the early noughties, which saw the inexorable rise of Lord Chris Martin and his merry band of troubadours Coldplay? I only ask because, despite there being a whole loada great new bands and artists ploughing their trawlers through the choppy waters of cyberspace there really seems to be very little of this evidence of this fact present in our mainstream media at the moment, with the campfire perching, beer festival playing, wooly jumpered likes of Mumford And Sons and The Lumineers garnering much of the radio plays/column inches which so many struggling artists in the UK are desperately in need of. I am not saying there is necessarily anything wrong, as such, with these groups gaining such heights of popularity; safe, middle of the road acts have always essentially ruled the roost, even during the times of punk, there just seems to be a frightful lack of balance in regards to versatility and diversity at the moment in the UK media which needs to be addressed as much as possible. Allow me to explain further…

There is a widely held belief amongst people of a certain age that youth tribes died out after the days of acid house and britpop. This, as anybody who attended school or college in the late nineties/early noughties (myself included) can attest is horseshit. Cast your mind back to that time. You had the nu-metal kids, the old metal kids, the indie kids, the drum ‘n’ bass kids, the hard house kids, the uk garage kids, and, of course, the goths and the punks (both still going fairly strong around this time). The musical style which seemed to unite everyone was American Hip Hop, which was angry enough to appeal to the moshers and street-savvy enough to appeal to the scallies (‘chav’ was, thankfully, a non-existent word during this particular era). Somewhere around this time (2000 if I remember correctly) amidst all the Slipknot vs Strokes fans shenanigans came a song called ‘Yellow’. Being an avid NME reader, I had a little prior knowledge of Coldplay, having listened to a song of theirs included on a free CD in said paper, and having seen them play on the other stage at Glastonbury around the same time. They were pleasant; nothing special, but easy on the ears and capable of writing breezy, catchy tunes that stuck in your head for a few minutes after listening to them. A bit like Travis, in fact.

Pretty soon ‘Yellow’ was all over the charts. I quite liked it. Still do, if I’m being perfectly honest. It’s a perfectly acceptable, pleasant little breeze of a number, the sort of song that might bring a little smile to your face if you’d had a hard day at work or were settling down for a pint after a long coastal or country walk, for example. And there lies the problem. More than any other band, on account of their world-conquering, Jay Z collaborating, Gwyneth Paltrow marrying, Sir Bob Geldof befriending MASSIVE status, Coldplay represent humanity’s general indifference to changing cultural trends and acceptance of the norm. There were plenty of people in the media warning of this ascent at the time; Creation Records boss Alan McGee described them as ‘career rock personfied’ and ‘music to wet your bed to’, whilst Placebo’s Brian Molko added to the debate by claiming they were ‘the sort of thing your Gran would like.’ One of the funniest dissections came from Melody Maker’s Mr Agreeable, who took it upon himself to rewrite one of the verses to ‘Yellow’ ( ‘I smacked you in/ I punched you in the face/ Bruises all over the place/ And they were all YELLOW!’). Despite all this the public loved them, they went on to win many awards and continue to sell albums and downloads by the droves today. So, when it comes down to it, what is the real problem?

It’s tricky to pinpoint. Class is not really the issue; if it were this would take the likes of Nick Drake, Syd Barrett, Radiohead, Joe Strummer, Jerry Dammers, Shane MacGowan and Penny Rimbaud out of the equation. I think the problem lies not with the existence of the band, or the people who are fans of the band, no. The problem lies with a belief amongst various sectors of the British music industry and media that a ‘say nothing, do nothing’, sensibly kitted out demographic is what the public not just wants, but needs. Whilst Coldplay clearly didn’t set out to create this demographic, I think a fair bit of it can be traced back to their worldwide success. All the best for the future boys, keep up with the jolly spiffing charity work and all, but I’m afraid that on this issue, in my eyes, your sensibly jumpered goody-goody curly haired vacuum of nothingness is to blame for the lack of rebels, guttersnipes and dreamers filling our commecial airwaves at the mo. Things need to change, or a terribly pleasant future awaits us all.