Home Blogs Why post punk faves The Cure still appeal to teens – by... 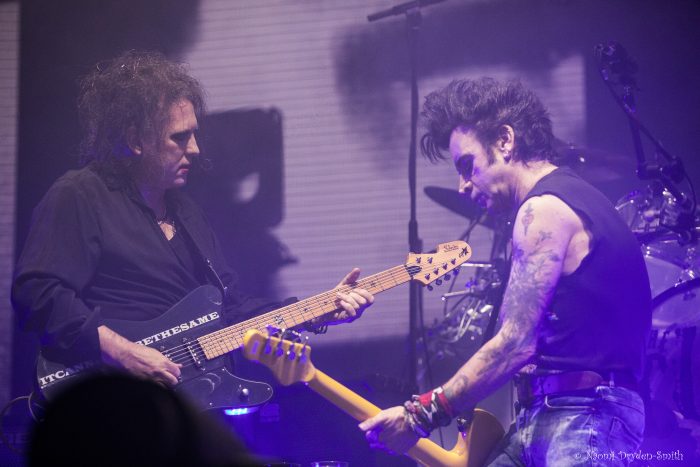 Why post punk faves The Cure still appeal to teenagers…our resident 14 year old writer Milly Whyles grapples with the eternal appeal of the band and what they can possibly mean to new generation who were only just born when their last album came out. Fascinating to read about a band we grew up with being so embedded in the culture that they loom like Beethoven to today’s teens…

The Cure are a classic band, still holding a relevance and status today and in my generation; but why exactly is this the case? What is it that sets them apart from any other band? In this article I am outlining what makes The Cure so enjoyable, and how they have remained such an important band.

The distinct tone of The Cure’s music seems to be at the very heart of everything they do. Many of their songs are set in a major key, but with minor undertones. This gives the music a sense of melancholy, but also a sense of hope.

It makes for a haunting yet beautiful effect, take Pictures Of You as a perfect example. Because of the individuality of this idea and contrast of tones, people are drawn to listen. For a new fan of The Cure (and I know this was the case for me when I first heard their music) it is something so different that you can’t stop listening. The lyrics also reflect this tone cleverly – Pictures of You is, yet again, the perfect example. The lyrics are about loss, but they are also about reflection on good times. The major/minor key contrast in their songs make them timeless and suited for every generation.

For my generation, we have a great responsibility to hold up a somewhat environmentally crumbling world that’s been left for us. The Cure’s melancholy can help us to accept that things are not perfect, but the hope in their music shows us to move forward.

The Cure’s lyrics are another essential part of their appeal. They are relatable for most people, touching on themes we have all experienced, like heartbreak, moving on and letting go.

People love to feel understood, and it’s comforting to hear lyrics that reflect how you feel. There is also a really strong sense of imagination and storytelling in their lyrics.

Some of their songs tell entire stories, for example Lullaby which tells of a monster attacking a boy. Underneath this initial story though, there is meaning. This is also another appeal of the lyrics, they are honest and easy for the listener to connect to.

It brings the band and the listener closer together, building a better artist/fan relationship. Finally, the imagery in the lyrics is really clear. For instance, The Caterpillar (which is my favourite The Cure song of all time) uses the phrase “I dust my lemon lies with powder pink and sweet”. There is something so easy to see in your mind there, and it’s really beautiful.

Another reason for their popularity is the sheer range of their musical styles. There is, I believe, genuinely something for everybody to enjoy. Some examples of this range are

Those are just examples from the top of my head, they have so many different and contrasting songs it almost feels impossible to put them in a genre. This wide range of style makes them more universally liked by people with different music tastes

Finally, to finish this article I would like to talk about how they have held significance for so long, and what they mean for today’s generation. The Cure are pretty much timeless. Most people know who they are, their songs are still played on the radio sometimes, Robert Smith’s iconic big hair and lipstick look has become thousands of Halloween costumes (though I can’t be sure that’s a good thing…).

For quite a lot of today’s teens, we found The Cure through our parents. We reclaimed music from another time and applied it to our culture today. This passing down of music happens in so many cases, it’s why people like Elvis are still loved.

To us, the teenagers, The Cure are a band that represent the wistful kids daydreaming in the back of the classroom, they represent the alternative kids finding their feet, and there is something in their discography that reflects on all of us in some way or another. It’s the same as it was with the teens before us and the teens before them. The Cure remain a constant.