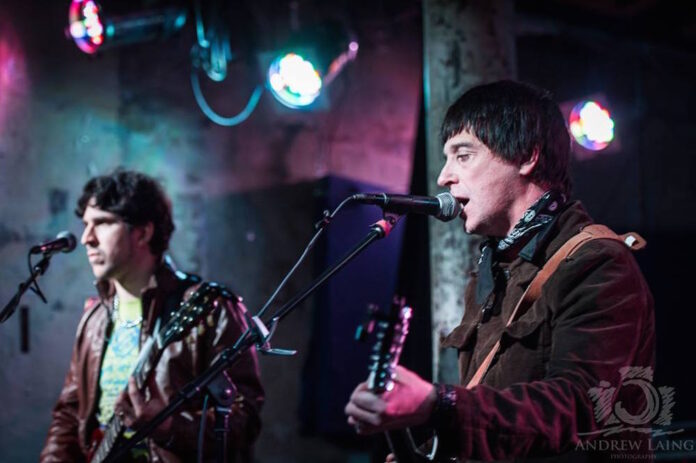 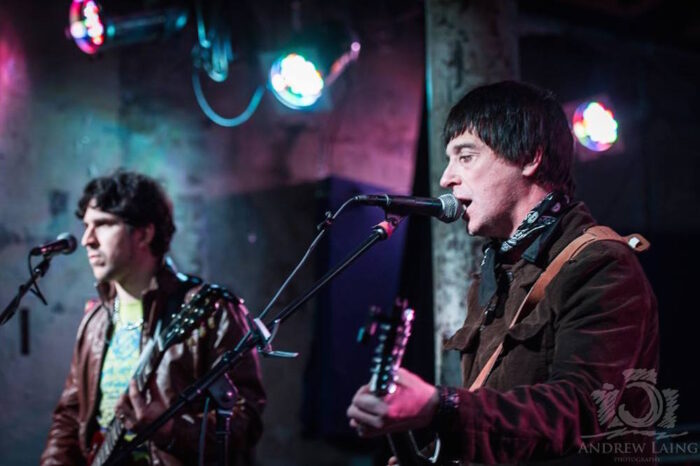 On April 24th, 1989, Hurricane ‘Hugo’ hit the Caribbean and Eastern Seaboard of the United States causing electrocutions, mayhem and devastation. On April 24th, 2015, Hurricane #1, the Creation Records success story had a homecoming of sorts, hitting Stereo in Glasgow with peace, love and an abundant dose of feel-good-vibes. This was the penultimate show of a Tour that has seen cancer survivor, Alex Lowe rise like a phoenix from the ashes. A seasoned professional boxer at the core of his being and in reality in his younger years, he has bobbed and weaved with a potentially fatal cancer for most of 2014, enduring hospitalization, kidney dialysis, radio & chemotherapy until his friend Alan Mcgee phoned him up and said: ‘Alex, it’s time to reform Hurricane #1!’ .

After to-ing and fro-ing with line-up problems, a Tour was finally dialled in and a jaunt around the UK executed, enjoying a great reception and a warm and heartfelt reunion with Andy Bell, the original Hurricane guitarist who has been out with another Creation project: RIDE!

The gig at Stereo in Glasgow had all the feel of a family affair as a core of Scottish support came out in strength to hear and see this new incarnation of what was and is, a dynamic musical entity with a big place on our musical landscape and horizon. When the band came on stage, Alex expressed his gratitude to be stood there after his ordeal in hospital – and to where he must return shortly for more surgery. He thanked everyone present for their support and in no time at all, had those beautiful Scots folks dancing and singing along in good cheer while he rhapsodised and crooned his way through a great set.

As they moved through “Chain Reaction”, “Strange Meeting” and “Where to Begin”, the band looked robust and muscled, as they should at the end of a tour. Giancarlo and his brother Lucas Mariani, looked in their element. Alex occupied that space on-stage like he would his place at home or in a hospital – it’s his and he was completely at ease being in it. 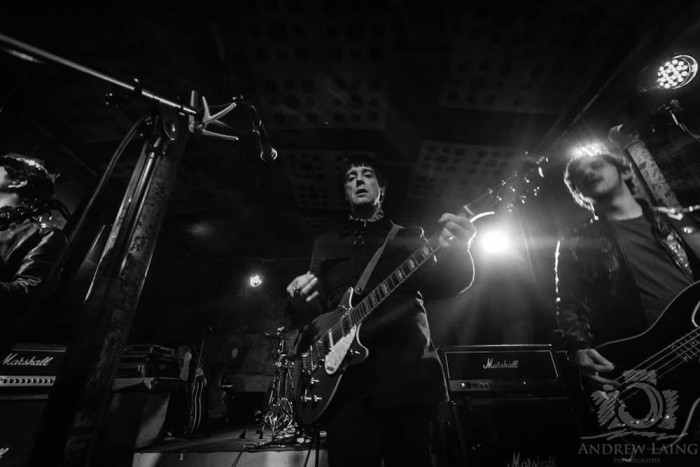 “Take Me down Again”, “Monday Afternoon”, “Just another Illusion” and “Think of The Sunshine” formed the core of the set, with a heart-warming dedication to long-term friend and supporter, Amanda Hamilton from Castlesound Studio’s in Edinburgh. It was a warm sincere dedication which left the Amanda positively glowing.

The biggest indication of the man, in my view, is that even when adversity has been a regular houseguest, a housemate even, he retains an intrinsic ability to make it: ‘not about me!’ This is the hallmark of greatness!

“Step into My World”, Hurricane #1 most recognizable hit, was delivered with all of its original attraction as a great pop-song, but with a whole new subtext and meaning as people thought about how cancer had impacted on themselves, on families, individuals and the possibility that one day it could be lurking menacingly around the corner for them. However, the fantastic thing about considering that potential reality, is that right there in front of one, stood Alex Lowe; firm in body and sound in mind: artist, songwriter, musician, boxer, human-being, survivor and great example! He is the embodiment of Hope and a pillar of strength.

The band finished with: ‘Rain’, and everyone left the show in anticipation of the new album that they had been promised from the stage!

All words by Harry Mulligan whose Louder Than War author’s archive is here. Photos © Andy Laing.