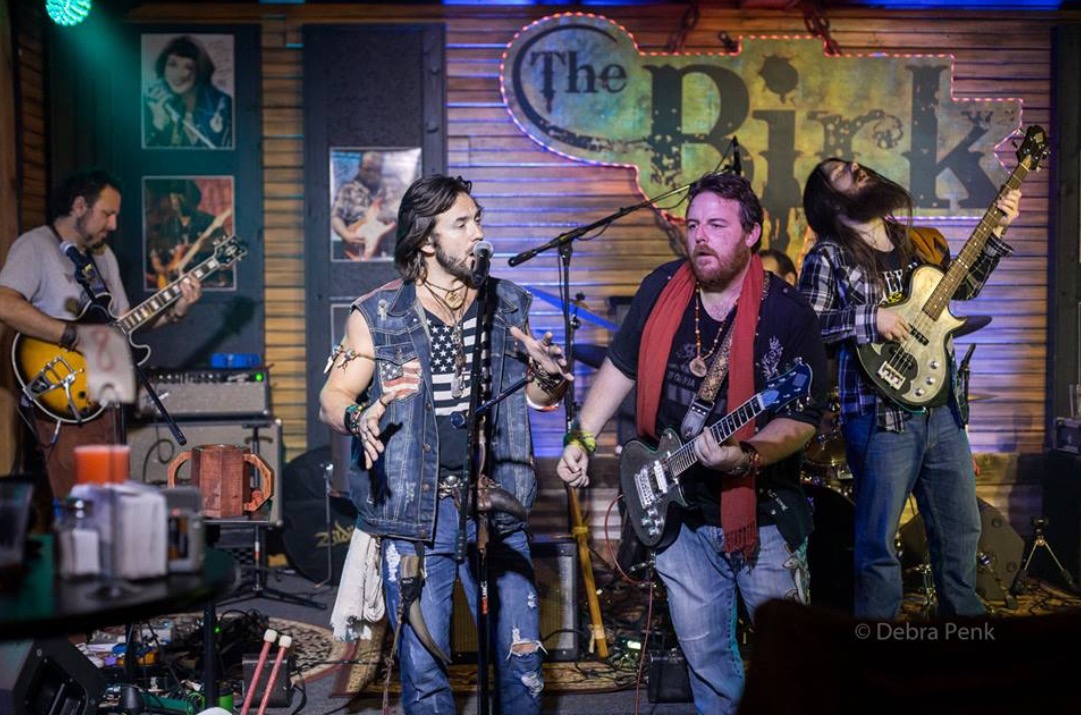 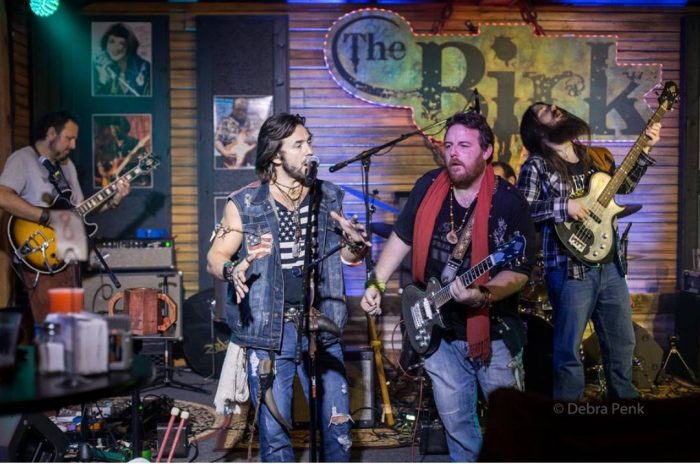 Hunter and The Dirty Jacks are a California based rock band, and as they describe themselves as “Crafted Rock & Roll-like smoky whiskey with phosphorescent ice cubes in a blues- tinted glass”. The have recently released their newest single, Salt Whiskey off their album, Single Barrel, via the world’s leading independent record label, Spectra Music Group.

I spoke with guitarist and co- founder of the band, Jon, about their music, their inspirations, and their future plans.

Louder Than War: Why don’t you introduce your band?

The band is called Hunter and the Dirty Jacks, we are based in Southern California. We’ve been on Spectra Music Group for a year and a half, and we have two albums right now. We play about 120 shows a year. We play mostly in California, Nevada, Arizona, New Mexico, Colorado, Oregon, Washington, but we are going to stretch that to Europe and the rest of the United States in 2018. It’s a Rock ‘n’ roll band and we are kind of a melting pot of different styles.

It’s a group effort. Sometimes a guy will come in with most of the song and then will finish it. Sometimes we all sit around and that happens. Sometimes it’s a couple of guys together, but it is a group effort. Hunter, the lead singer likes to write the lyrics, he writes a lot of lyrics, but there are some songs where others have written the lyrics too.

I love your music. Salt Whiskey, it’s a little sexy. How did that song come about?

That was a song that somewhat pre-dated the band. Hunter had basically written it on one guitar, the lyrics a couple of years before the band started. So when the band started with some song ideas, a couple of songs written previously, he brought that in. We added like a full band arrangement around it. He wrote it in New Orleans, actually, and obviously it’s kind of bluesy, but it’s also kind of like a ballad, like a minor blues. So it’s a cool song. It’s always a highlight of the shows.

I bet, it’s a really good song. What is it that you enjoy most about playing live?

I enjoy that every night is different, and we really try to make it that way. I mean there’s a couple of ways you can go with a live band. Some bands big and small will pretty much play the same show every night no matter where they are, but we don’t do that. We shake it up, in fact we don’t even have set lists. Rarely do we lay out a set list. We have kind of a plan in our heads, but we will literally play the show and pick the songs according to the crowd reacting to us. So we really try to make each show a unique experience. Sometimes that means that you play all your cards perfectly. When you do play your cards perfectly you get that kind of magic going where it is  if you were using a set list every night it’s hard to predict what the crowds going to be 2/3 in the way in to the show.

Yes, that really true. That’s a cool idea. Who were your musical influences growing up?

I’m a huge Rolling Stones fan. I love the Black Crows, all the classic rock, blues, Allman Brothers, Grateful Dead, more of Grateful Dead as an adult. But, I always liked them. Led Zeppelin, all blues, I love the blues. Everybody in the band is generally similar, but Carmelo is a little more like Jimmy Page, Jimi Hendrix kind of guy. Aaron is a huge Grateful Dead fan. Brian really loves The Band. Hunter likes all the similar bands that we talked about, he also really loves The Doors. It all comes from a similar place.

All great bands. Where do you see yourself in 10 years?

Playing; making records; writing music, and hopefully we will see the music industry different than it was 10 years ago, which was different than it was 10 years ago, and 10 years before that. I think that there is a market for bands in an indie sense. Touring a lot, playing live shows. It’s all about fans. If you have fans, you can play in all these places and make money, and sustain yourself, and you can make records and you can sell them. If you have a lot of fans, they’ll buy them, and you can make money off of that. It’s about accumulating a fan base.

What would you like to say to those fans?

That we appreciate the support. There’s a lot of people that saw us in the beginning, and they still see us now. They travel to see us, they are traveling long-distance is to see us play. They’ll drive five hours or six hours, I’ve seen 12 hours, people driving to see us. That is humbling and we do appreciate it. We travel a lot, we’re busy, we’re trying to write, and continue with new material, and keep pushing the ball forward. If everyone continues to support us as they have we will be able to do more. We really do appreciate all of the music fans and people that have become even friends.