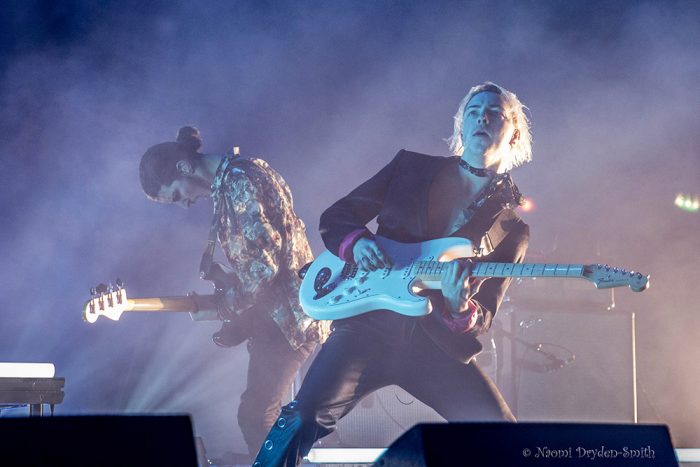 Relative newcomers The Hunna made a brief stop in London to stir up a storm in Brixton before hitting Europe ahead of release of new album Dare. Naomi Dryden-Smith went to find out what the fuss is all about.

Four lads from Watford, The Hunna are looking to be one of the biggest band-breaks-through-via-social-media success stories of recent times – their self-promotion is relentless (but more welcome than Kim Kardashian’s) and for weeks it’s been impossible to log into Facebook without one of their ads popping up (wondering every time what “The Hunna” does actually mean). There’s a touch of the U2s about it. However, their efforts are paying off and in the space of just over two years since their first single release, they’ve gone from local gigs in seaside towns like Southampton to selling out Brixton Academy, the biggest show of their career so far.

The Academy is expectant and buzzing, brim-full of young fans. There’s proper screaming when the band emerge, kicking off with Summer, definitely lending itself more to a festival in July than a freezing cold night in South London. Theirs is a summery, indie pop/rock – skimming the surface with repetitive, fairly simplistic lyrics, occasionally samey-sounding tunes – still relatively new to the scene, their repertoire is still forming, but one album down there’s plenty of room to grow. At first hear, they are derivative at times (but then so were Oasis…) – tinges of Kings of Leon and Queen here and there, a well-produced sound that will appeal in the States. But now and again there’s a spark, a glimpse of what they might really be capable of – Sycamore Tree is a case in point, a proper bit of love poetry in an appealing melody, its pace changes have a maturity of musicality that’s worth sitting up and listening to, and Ryan Potter’s vocal impresses. 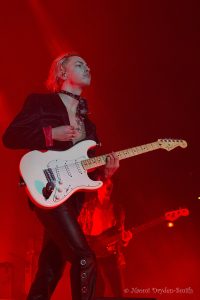 As frontman, Potter (known as Valentino) does a convincing job with much attitude, swaggering and commitment to the audience, shirtless with a neckerchief, blazer and leather trousers, reminiscent of a young Cobain. Drummer Jack Metcalfe looks equally comfortable on the Brixton stage, impassioned and energetic. They’re flanked by Dan Dorney on guitar and Jermaine Angin on bass, they’re a steady presence but you can tell it’s a big stage for them. There’s something a bit old-fashioned about this band – but they stop short of taking turns with solos.

Regardless of anything else, the audience response says it all –a non-stop mosh spreads out from the centre almost to the edges, they’re spinning, jumping and jostling their way through Flickin’ Your Hair, the bravely titled Never Enough (beware of defensive Cure fans) and new song Dare. They clearly love it. Another spark is lit with Bonfire (sorry), “the first song we ever wrote” – Kings of Leon/Foals-like, it sticks in your head (half guilty nodding pleasure, half begging for stronger lyrics please). The lights go down for the start of She’s Casual and the mobile phones are out – and then comes the red confetti and smoke, and there’s a momentary fear things might suddenly tip in the One Direction, er, direction. But it’s okay, and it ends in another thrashy pop guitar-led communal spin-around.

Interesting to see how they get on in 2018. There’s a chance they could be the next big indie success, if they can possibly avoid the pitfalls of commercialism (EdSheeranism even). For now, looking at the fan response, it’s all looking pretty good. 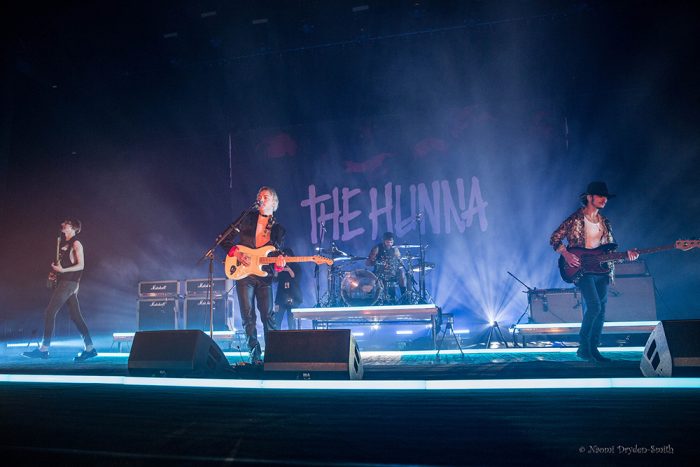