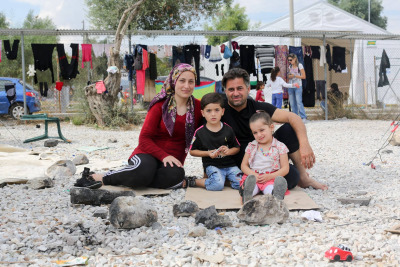 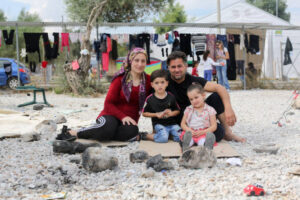 As news headlines swarm around us in ever-greater proliferation it becomes harder to distinguish the individuals behind them, those tiniest pixels in the biggest of pictures.

Humans of New York is a particularly engaging response to this. Started as photoblog in 2010 by former bonds trader Brandon Stanton, the project flowered when Stanton realized that the short conversations he had with his subjects added a crucial extra vibrancy to the project. Today the blog attracts over 15 million followers on Facebook alone. In the oldest traditions of human communication, it all comes simply down to stories, and people, and these brief images and conversations conjure a whole world between them.

The photographs are reassuringly straightforward portraits, while the accompanying quotes can be profound or casual, from anecdotes about how dating couples met, to what a child wants to be when they grew up, to how a street person became homeless.

One notable story saw 14 year old Vidal from one of the most troubled areas of Brooklyn explaining how his teacher had made a difference in his life. The teacher, Mrs Lopez, was on the verge of resigning her job in general despair, and seeing the student’s comment changed her mind. An avalanche of financial donations from readers followed. A scholarship fund was set up, and Stanton, Vidal and Mrs Lopez were invited to visit Barack Obama at the White House.

New York being the great mixing bowl of nationalities that it is, it became clear that the ‘Humans’ part of the title was the uniting factor, and Stanton successfully widened the scope beyond the city, to Boston after the marathon bombing, then abroad to Pakistan, India and Iran. However intentionally, it brought human stories into a sharp focus in areas where news stories otherwise gave the very broadest of brushstrokes.

The most potent use of adding voices to the voiceless came in a recent collection of refugee stories – while the big media had frequently gone along with politicians’ dehumanising rhetoric depicting ‘swarms’ of people eager to plunder Western riches, HONY related horrific tales of brutality, torture and inhumanity, and made it starkly clear why people would abandon their homes and families to flee to relative safety.

In 2013 a book based on the blog came out and took up residence in the New York Times bestseller list. Next week the second book, Humans of New York Stories, will be published.