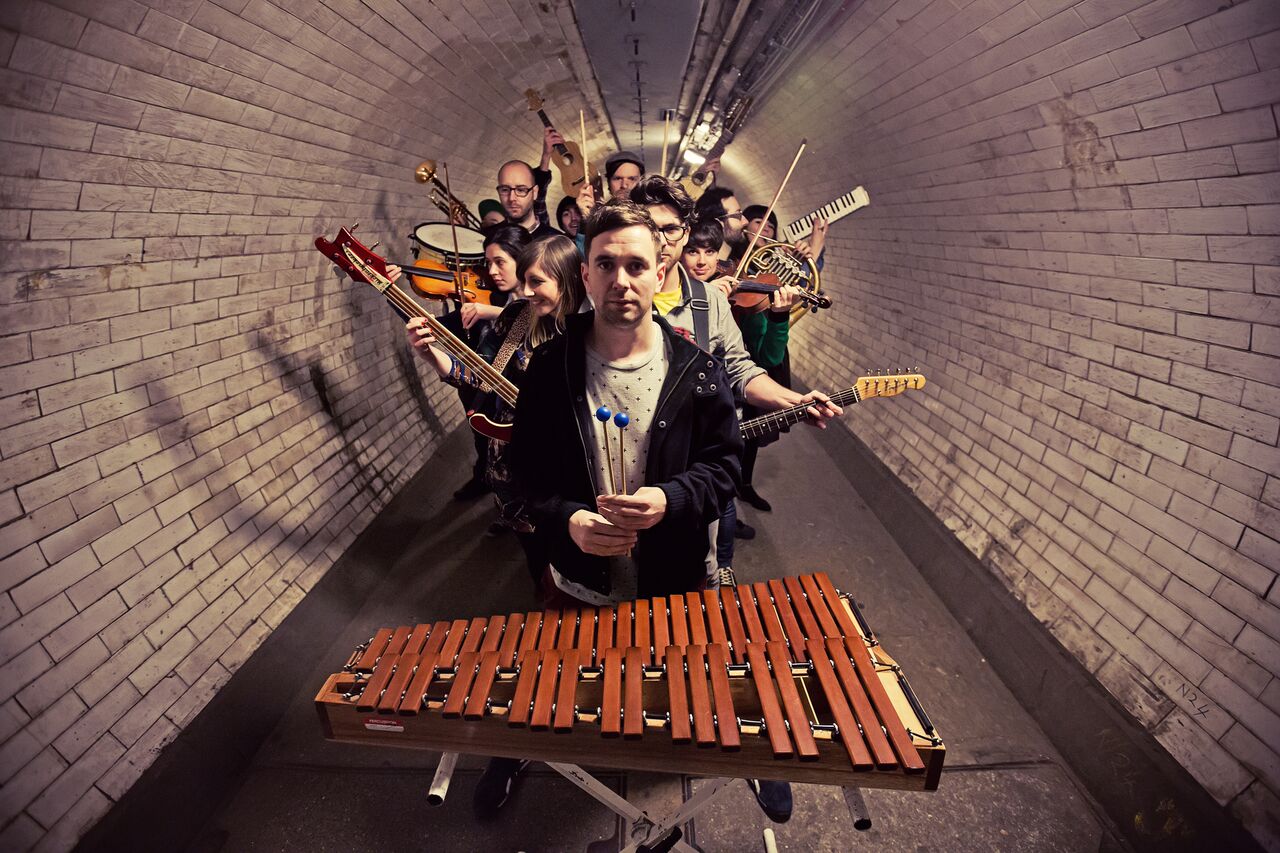 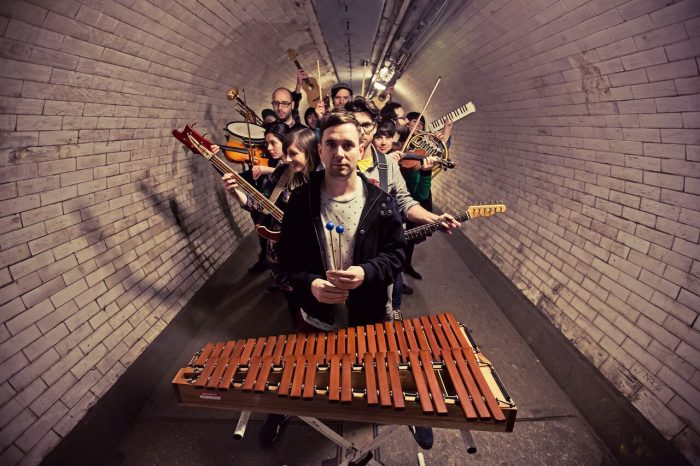 Some of the best gigs are those that we can enter with very limited expectations. Keith Goldhanger popped into The Lexington where highly recommended Human Pyramids were billed to play, decided to part with some cash and was pretty knocked out by the entertainment on show.

London, Friday night.
Some of us (believe it or not) go out to gigs just for the fun of it.
Sometimes, a walk towards the late night tube is long enough to realise that what’s just been witnessed needs to be reported.
This has been one of those occasions.

Three acts, unknown to one or two of us but recommended by those who can be trusted are appearing up the stairs of The Lexington, a short skateboard ride down the slope from Angel tube station or a short uphill ride on the back of someones (anyone’s) bike from King’s Cross.

We’re convinced we’re onto a winner within the first minute of parting with our tenner as a bloke who looks like a maths teacher (he’s a Maths teacher) sits at a drum kit on a cluttered stage (more about that in a bit) playing what would be a series of drum solo’s.

Each snare and bass drum simultaneously triggers off samples that bleep, drone and turn each tune into foot tapping euphoric sound bites. The man on stage is ADAM BETTS who is also the drummer of Three Trapped Tigers, a band some of us still haven’t seen enough times.
Its a superb opening act and one that suggests the rest of the evening has also been carefully thought out.

Our hopes are high.

The rest of the evening gets even better.
BIG LAD were apparently once called Shit Wife.
They also come highly recommended however we were unaware of the name change until they began.

Deciding that the cluttered stage (more about that in a bit) should not be disturbed they set their big table of electronics, drum kit and big loud big amps in front of the stage where usually a few dozen people keen for a good view of the stage would normally stand, tap their feet or throw their bodies around.
The audience stand in a semi circle, Big Lad refresh the same parts of the brain that bands such as AK/DK, Holy Fuck or Fuck Buttons have refreshed over the past few years. Powerful fast tribal drums that stop start and accompany simple electronic drones and bleeps (those again) that excite those watching and have the crowd cheering during the songs as well as at the end of each tune. This is always a good sign of a great artist and we’d like to think all their gigs are performed this way (they should be).

Finally, Human Pyramids.
There’s Thirty of them. Alongside the convention instrumentation we often see on stages such as this we also have violins, horns, trumpets, triangles, bells and there’s a choir crammed over on the right hand side of the stage.
They sound like God Speed You Black Emperor at times and our old favourites the never to be forgotten Lemon Jelly. The Polyphonic Spree are mentioned.
These are much better.
Everyone’s having fun. It’s conducted by Paul Russell of AXES, a band we saw in Manchester a few years ago, loved to bits (https://louderthanwar.com/carefully-planned-festival-5-manchester-live-review-part-one/) but have been disappointed that a repeated experience still hasn’t been achieved.

This whole night we feel was carefully planned, very well thought out and one of those incredible evenings that make some of us come home and simply want to tell you about.
Hence this brief description and the will to investigate more in depth another day.
It was ace, you need to know this in case there’s another chance it may happen again one day.
And if it does, make sure you’re there.

In the meantime at least one of us has already began to trawl though the many tunes we didn’t know existed previously.

Don’t thank us, thank lady luck, thank the people that dragged us along in the first place, or the people who threw it all together that we still haven’t met or mentioned (promoted by Pink Mist).

A tenner well spent and a show worth remembering.

Human Pyramids release their debut album ‘Planet Shhh!’ in November.
At least one person around here is very much looking forward to it’s release.

~
Words by Keith Goldhanger. More writing by Keith on Louder Than War can be found at his author’s archive. You can also find Keith on Facebook and Twitter (@HIDEOUSWHEELINV).You may subscribe to the Goldhanger Shorts Facebook page too if you so wish.