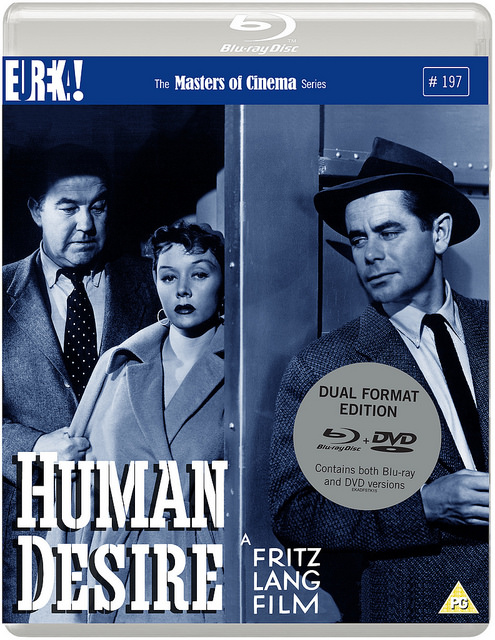 Fritz Lang’s Human Desire is his version of Jean Renoir’s adaptation of Emile Zola’s novel La Bête Humaine. Lang has claimed that Renoir’s film was far superior to his and that he only made Human Desire due to contractual obligations with Columbia Pictures. Don’t let this put you off, though.

Originally Rita Hayworth was to play the role of Vicki Buckley but when she couldn’t commit, Lang decided to reunite Glenn Ford and Gloria Grahame from the previous year’s The Big Heat. The chemistry between the pair is again palpable. Lang was also reunited with Alfred Hayes, the screenwriter of his 1952 noir hit Clash by Night. 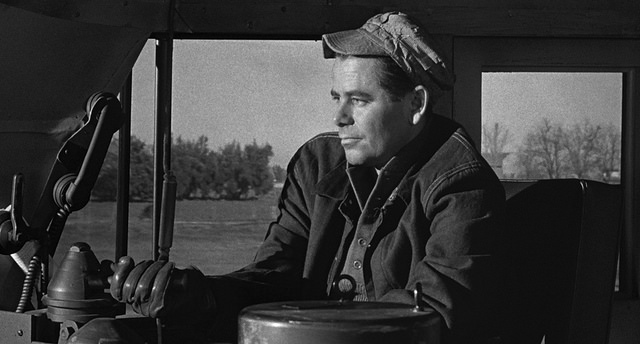 Jeff Warren has just returned from service in Korea. He’s a genial guy, obviously popular with his co-workers in the railroad company where he works, driving trains with his pal Alec Simmons. Alec is putting him up until he finds his own place and his family adore Jeff. Especially daughter Ellen, who isn’t very secretive about her crush on him.

A rare noir in that it isn’t set in a big city, Human Desire starts out naturalistically but soon many of the key ingredients of the genre such as infidelity, deception, and murder surface.

Vicki Buckley is in an unhappy marriage. Her husband Carl (Broderick Crawford), is a brutish older man who works in the same train yard as Jeff. If he isn’t drinking in local bar Duggan’s, he likes to spend his spare time whittling sticks of wood with a very sharp knife. He can be insanely jealous. When he loses his job, he persuades Vicki to plead with John Owens, an important railroad customer she knows, to help him regain his position as a railroad stationmaster.

That temper of Carl’s is going to spiral dangerously out of control, when Vicki doesn’t return from her meeting with Owens until five hours after setting out. Carl suspects Vicki has been unfaithful, and he immediately begins planning revenge on Owens. This revenge will take place that night on a train that he knows the industrialist will be travelling on and he makes sure that Vicki is involved.

Spotting Jeff on the train and not wanting to be seen, Carl insists that Vicki distract him, which she succeeds in doing in classic femme fatale style. Jeff is immediately smitten and more trouble looms large when the pair embark on a relationship.

Alarm bells really should ring when she asks if he killed anybody in Korea. 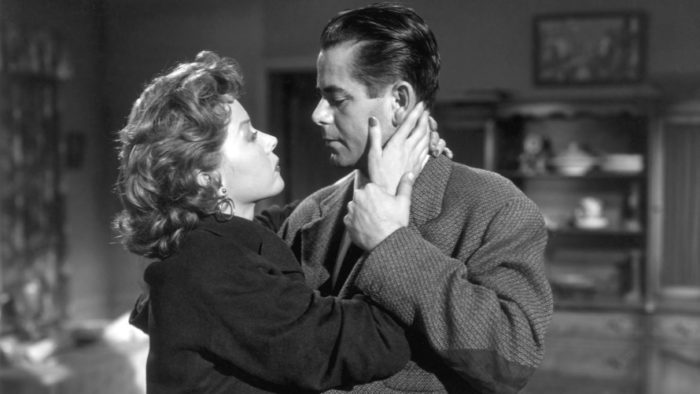 Despite some melodramatic moments, this is a gripping drama with a tautly written script. Burnett Guffey’s cinematography is impressive while Lang, despite his reservations, does a fine job too.

Best of all is Gloria Grahame. She’s beautiful, yet vulnerable – just as she was in real life – and Lang lets us make up our own minds on just how amoral she is.

The Masters of Cinema Series present this underrated film for the first time ever on Blu-ray.

For more on the film visit the Eureka Masters of Cinema site.