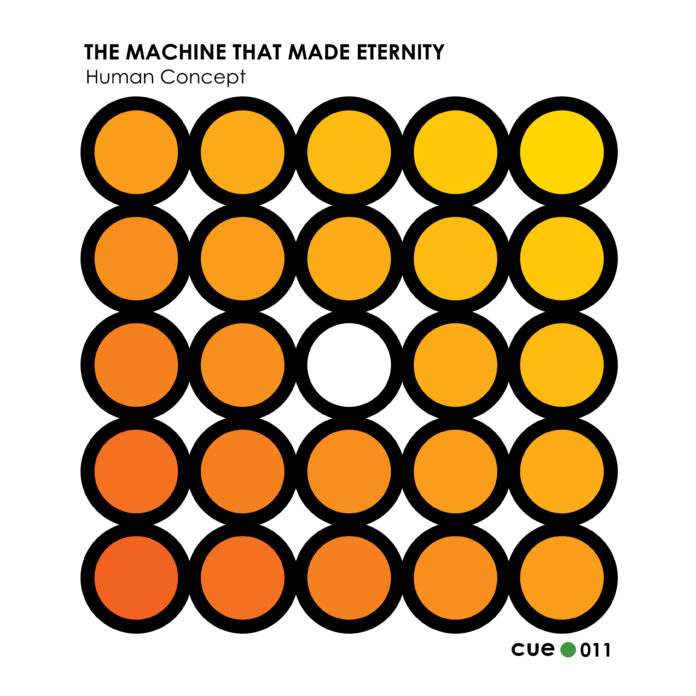 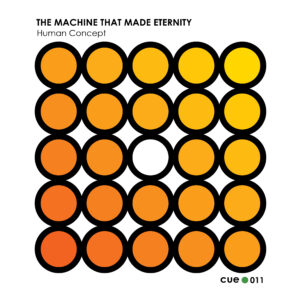 Human Concept: The Machine That Made Eternity

Human Concept has created an album of glitchy, textured and ambient electronic music that is inspired by a very human story. Gordon Rutherford reviews for Louder Than War.

There is a story behind every work of art. Something, somewhere has influenced the artist to go in a certain direction; to use a palette of a certain hue to get their message across. This album, The Machine That Made Eternity, comes from the mind of an artist who calls himself Human Concept. That’s a very appropriate moniker, because, underneath the surface of technology and electronics, lies a very human motivation.

Human Concept is the alias of Hertfordshire-based producer, Pete Crane. In the summer of 2020, Crane began working on an album. Quite unintentionally, the music that materialised took the form of a dark, warped beast. It had become Crane’s equivalent of Frankenstein’s monster, an invention that ultimately impacted upon the mental health of its creator. Fortunately, from the edge of the abyss, he managed to pull himself out. The Machine That Made Eternity took a one hundred and eighty degree turn, transforming from demon to a vehicle of catharsis. The finished product, the eleventh release from the perpetually innovative Cue Dot label, is an album that glistens with optimism and anticipation.

Yet, interestingly, a cursory glance at the song titles will not leave you brimming with positivity. I mean, All I Found Were Ruins and We Drifted, Endlessly? Then you look ahead, at titles like A Reason To Feel, Through The Fog and Found Again and the penny drops. This a concept album, and the concept is the frailty and the fragility of the human condition. It is, quite literally, a human concept; a tale that Crane tells via his compositions. Helpfully, Crane has provided commentary on the sleeve notes to articulate more around the journey he undertook, however, those words aren’t entirely necessary. He is such a good storyteller that even relatively close listening to the direction the music is taking will enlighten the listener as to what’s going on.

The first few tracks of the Human Concept journey set the scene adequately without dazzling. There are unquestionably some interesting features, like the pan-pipe sound on album opener, Beyond The Wilderness and the hypnotic phrase of All I Found Were Ruins, but it feels like these tracks are an hors d’oeuvre, preparing us for the feast to come. Perhaps Crane was more comfortable as he progressed out of the darkness, but the album really sparks to life when the first few bars of the fourth track, We Drifted, Endlessly, drift from the speakers. Fittingly, this seems to be the turning point in his psychological journey and the music corresponds with that scenario quite perfectly. It is a beautifully ambient piece, utterly reflective, vividly evoking images of a man at a crossroads.

The following track, A Reason To Feel, is the album’s highlight. Glitchy beats create a late-night club feel, a sense augmented by the sampled voice. And when Crane’s jazzy keys get going, the tune really takes off. His journey from darkness to light continues with the moody ambience of The Silver Bridge. The warmth seeps through, courtesy of the rich timbres of what sounds like a Hammond organ. Beautifully, those tones dance around the rippling soundwaves of the synth, clearly representing the currents that flow beneath the bridge referred to in the song’s title.

The album’s longest track, Through The Fog, is up next. It almost represents doubt or hesitation in the mind of Crane; whether to go on or back. The musical equivalent of a Dickensian pea-souper, it is a dense, atmospheric piece and is reminiscent of the vibe on the second side of Bowie’s Low. Like a transforming mass, the music grows and swells portentously until, suddenly, about half way through, shards of light appear. More than any other moment on The Machine That Made Eternity, this demonstrates the storytelling excellence of Crane; a man emerging through a dense, all-enveloping fog and stepping into the light. And that’s the thing that makes The Machine That Made Eternity special. It is that story of human struggle, composed and performed with incredible imagination and power of narration.

In a year where we seem to lurch from one macro crisis to another – from covid-19 to the fallout of Brexit, from energy prices spiralling out of reach to the ongoing inertia where action on climate change remains outstanding – Human Concept has produced a highly reflective album that serves to remind us all of the frailty of the human condition. Through the medium of some fantastic electronic music, Human Concept makes us think and put things in perspective. It’s fitting to close by returning to those sleeve notes, where there is reference to this album “holding a narrative for finding positivity and hope”. There is no better way of summing it up.

Human Concept: The Machine That Made Eternity is available (digital or CD) on Bandcamp.