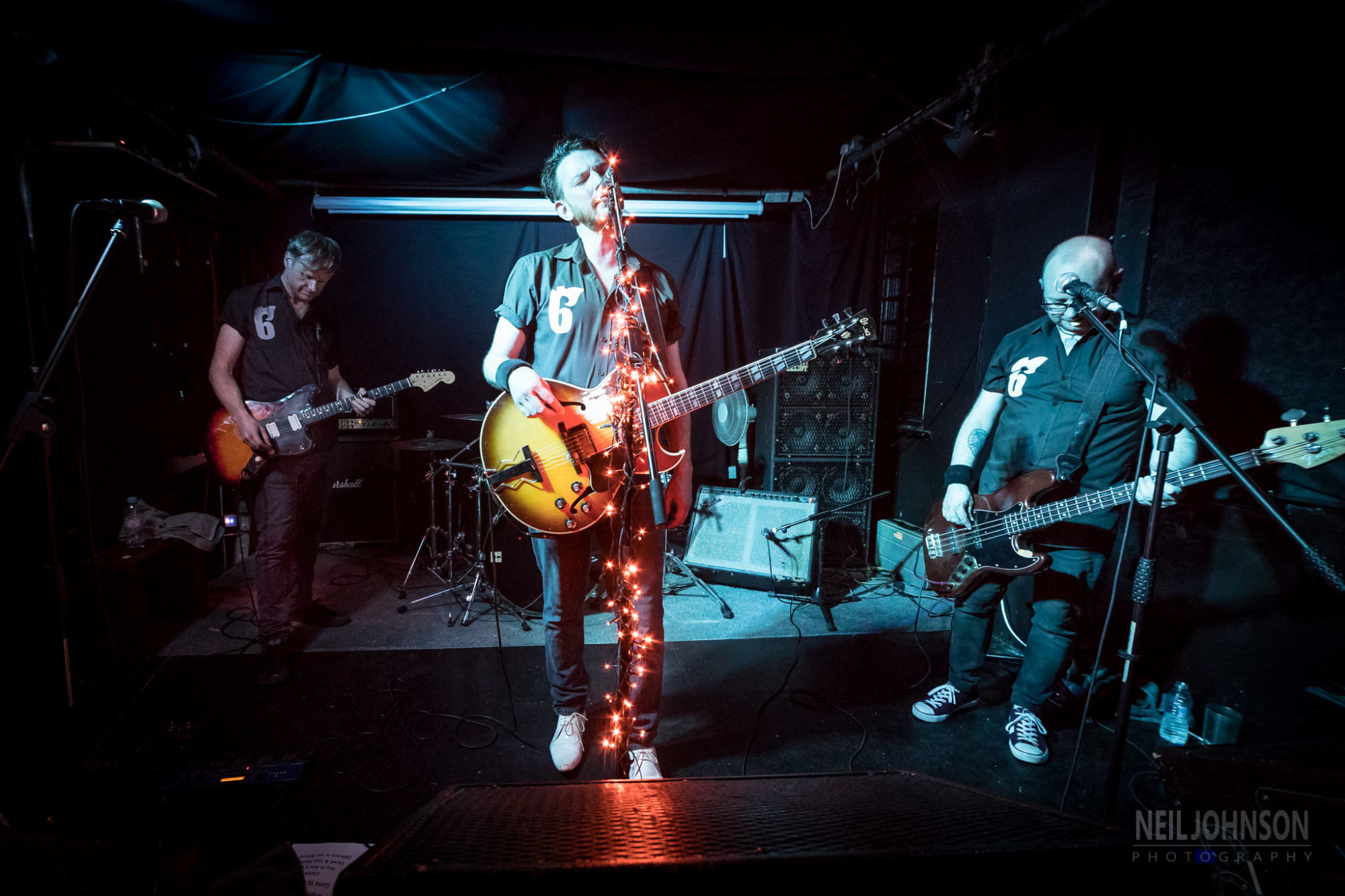 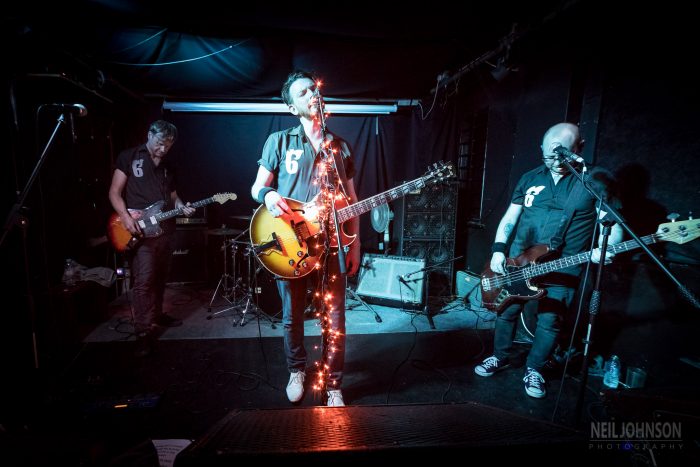 Something of a local supergroup in Derby, The Hudson Super 6 are out sharing their new record Ride The Tiger and came back to their hometown for a show. Neil Johnson stopped by to see what all of the fuss was about.

It was hotter than Britain ever should be and upstairs at the Hairy Dog in Derby was hotter still. By 7:30pm, crowds were building, but most people were hanging around outside to avoid the stifling heat.

The first act up was Dactylion, which for those who are interested, is a medical term meaning ‘the tip of the middle finger’ and just to be really clear, this is the freshly formed nu-gaze five-piece from Derby and not the two-piece metal band from Northern Michigan, although they are equally as enjoyable in their own way!

The Derby nu-gaze group have not been together as a band all that long, but their live show was thoroughly enjoyable. With their debut due out later this year they will hopefully be able to capture some of their live presence in the recording, which is what makes this band so enjoyable to listen to. 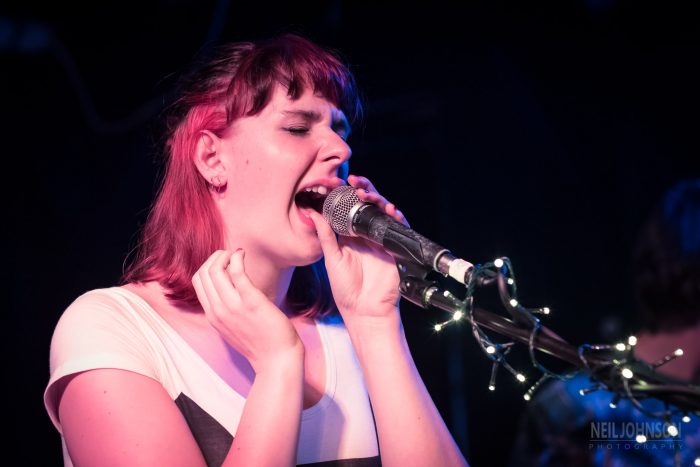 Next up was Prizefighter, alternative anti-folk sad-pop pundits from Derby. Sad lyrics and melancholy songs seem like a recipe for misery, but with their clever use of words and stagecraft, they manage to turn all of the melancholic misery into a unique and pleasant experience. Again, a band that I think need to be experienced in their live setting to be really understood and enjoyed. 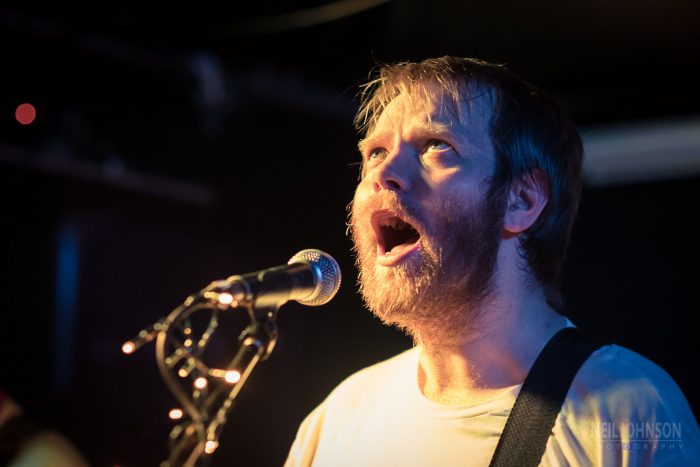 Finally, The Hudson Super 6 hit the stage; to find an empty room. Literally, it was so hot inside that everyone had gone outside to get a cold drink and to cool off. Phil Wragg gave everyone a quick reminder that they would like to start soon and the room was soon back to inferno levels and everyone was ready to start!

Sunshine Is Your Enemy gets things moving, one of my absolute favourites from HS6 and a great way to start a rock show. They quickly rip through Death Punch to the Face of The Horse and Heartbreakin’ from 2013’s This Black Heart before moving onto This Black Heart from their new Ride The Tiger EP. 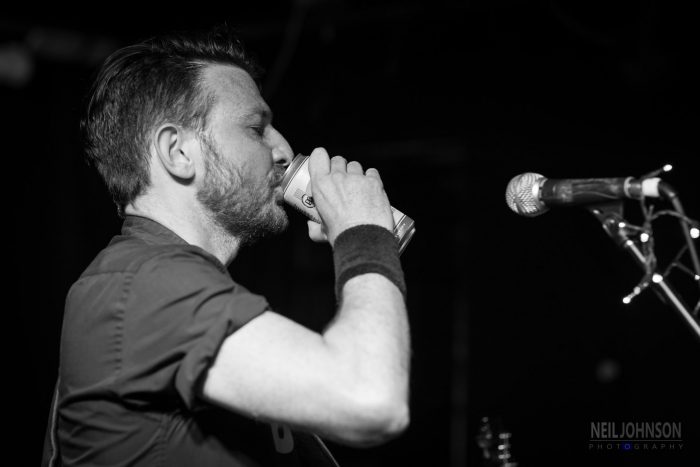 They sounded as raw, raucous and energetic as ever, which was a monumental achievement given the sweltering heat. The setlist was a fantastic mixture of old and new stuff, including a divine cover of The Pixies Where Is My Mind.

I rarely need much of an excuse to see the HS6 guys and tonight reminded why I enjoy them so much. No nonsense, raw and powerful rock music at its finest. Support from Dactylion and Prizefighter was awesome, although if someone could do something about the heat next time I’d be eternally grateful, I’m not built for those kinds of temperatures!

You can find The Hudson Super 6 on their website, they are also on twitter as @thehudsonsuper6. Ride The Tiger is out now via Ingue Records.

All words and pictures by Neil Johnson. More writing by Neil Johnson can be found at Neil’s archive. Neil is also on twitter as @jonnokid and has a website here: https://www.neiljohnsonphotography.uk/