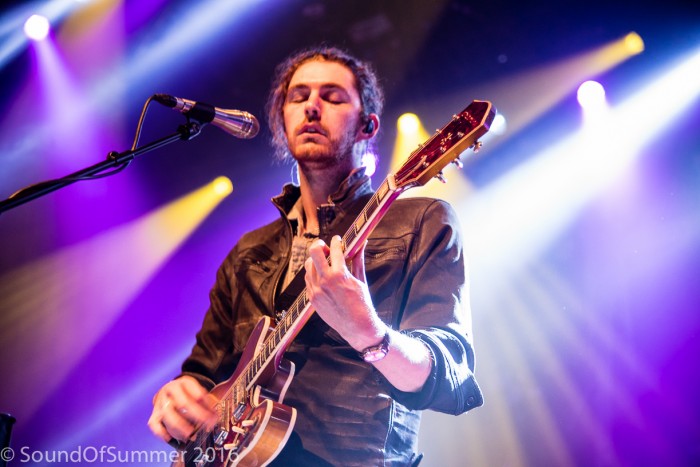 Thursday saw me head off to Portsmouth Guildhall to catch Irish singer-songwriter Hozier and support band Wyvern Lingo.  If I am totally honest Hozier has kind of passed me by as his music sits more to the pop end of my personal musical spectrum so I wasn’t too sure what to expect.

Again being totally honest I was more interested in Wyvern Lingo primarily because I  have a bit of a bee in my bonnet about the seeming lack of female artists getting a break in the music business in general and at the UK’s major music festivals in particular.  I was therefore keen to check out the all female Irish trio.

Wyvern Lingo were totally new to me so I was interested to see what they could do.  I was surprised to see that all three members of Wyvern Lingo sang the lead vocal on different tracks.  It is something that gives them a fresh and possibly unique angle and when combined with tight harmonies their uptempo R N’ B pop style kept the audience interested because the soundscape was constantly changing. 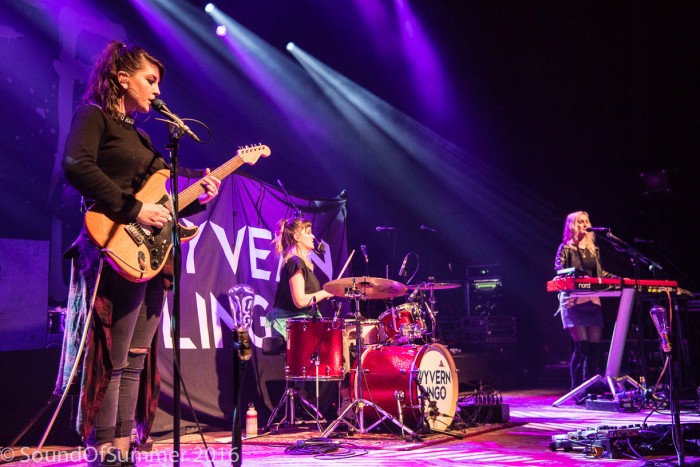 Wyvern Lingo played an entertaining 30-minute set consisting of around 7 or 8 well crafted and beautifully delivered pop tunes.  I confess I felt my age when many of the audience seemed to know the words and I didn’t.  I suspect that if you were more familiar with Wyvern Lingo than I am then their songs would be great sing-alongs.

There is no question that Wyvern Lingo have something unique going on and I suspect that we will hear plenty more about them as time goes on.

Hozier was arguably the major break out star of 2015.  His “Take Me To Church” seemed to be everywhere and his eponymous debut album has gone multi-platinum.  I have listened to the album a few times but in all honesty I found it all a little bit too “Ed Sheeran” for my punk-rock heart.  I try hard not to write an artist off until I see them live because I have had my preconceptions shattered on too many occasions in the past and ended up scuttling back to an artists recorded output with my tail between my legs after being blown away by a live performance.

So, did that happen on this occasion?  Sadly not.  Hozier did not blow me away but I will confess that I found his set both entertaining and very slick.  There is no question that Hozier writes great songs.  He has also surrounded himself with a very good band and the man himself is an excellent guitarist.  Despite all of that I couldn’t help but feel that there was a little something missing. 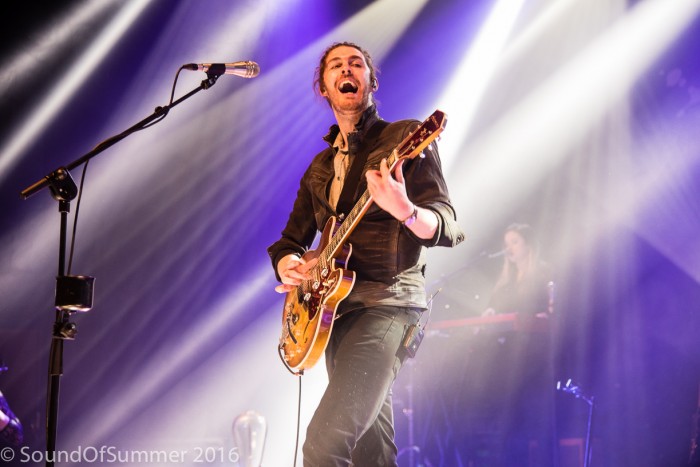 The majority of younger fans in the audience certainly seemed to be loving Hozier’s performance as they sang along and got involved in Hozier’s “audience participation” slots.  Maybe it was those arriving so early in the set that turned me off, maybe it was the fact that he covered Bowie’s  “Young American’s” fairly early in the set.  Whatever it was the spark just did not ignite a flame for me.  What I heard was great, Hozier is engaging and puts on a good performance but I just didn’t “feel” anything.

For me a great gig is one that engages you emotionally and makes you connect with the music and the artist on a level that goes far beyond what you hear.  To coin a cliche you feel great music down in your soul and this just didn’t happen for me at this gig.

Hozier is on the internet here.  He is on Facebook and Tweets as @Hozier