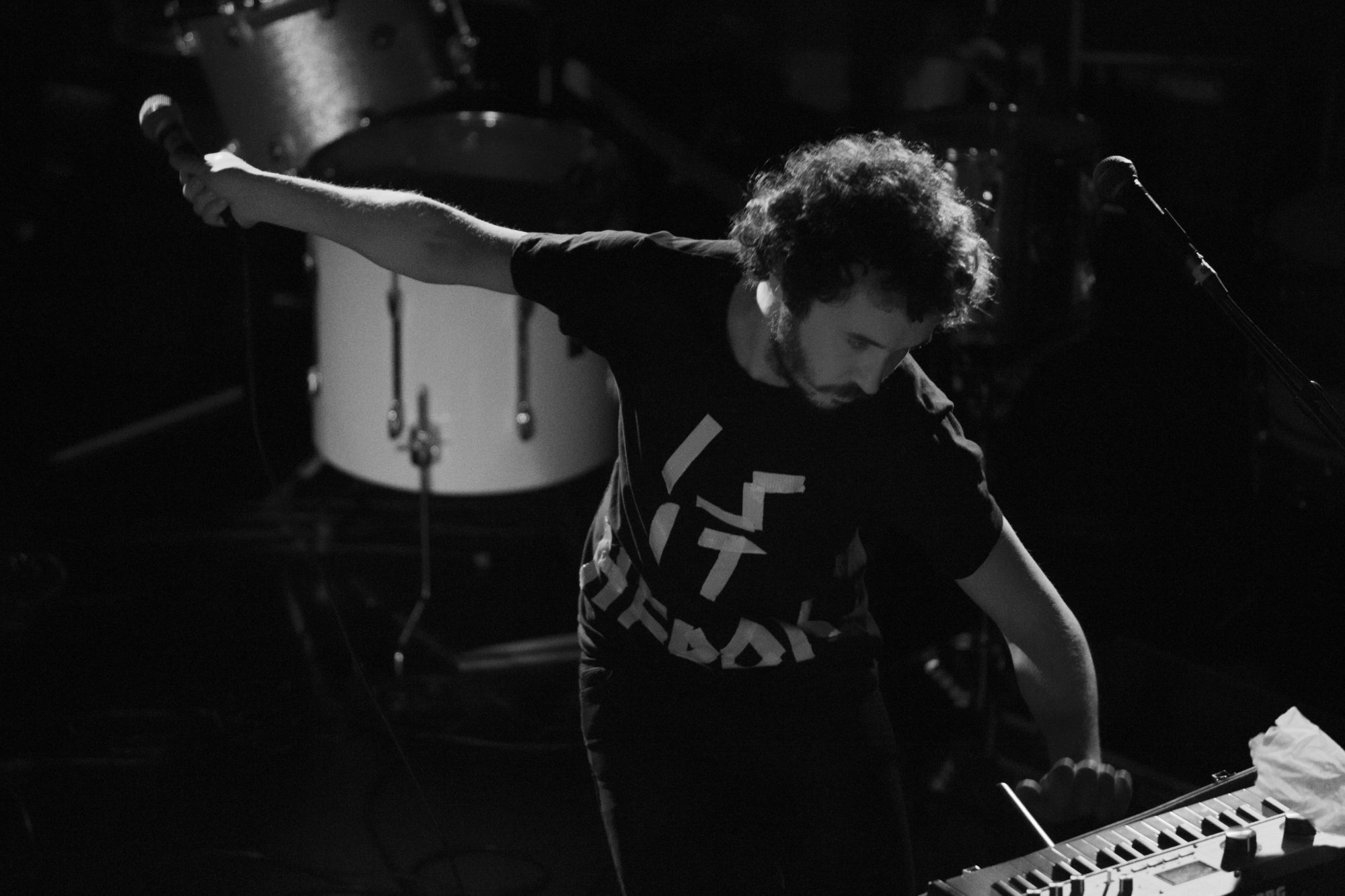 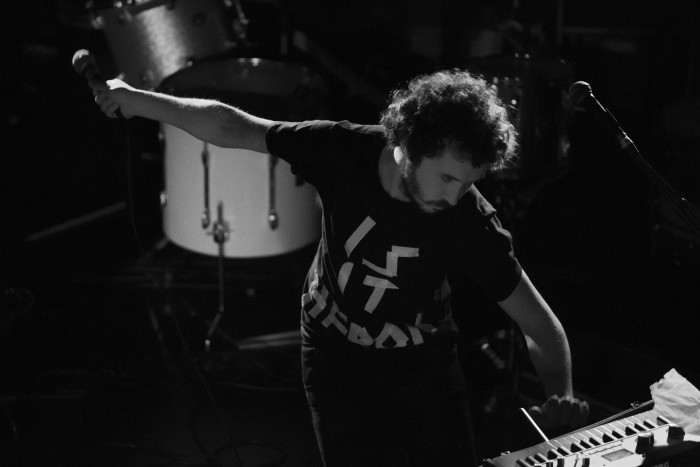 Bristol has many shining jewels in it’s crown. One that keeps getting brighter is the Record Label, Howling Owl and it’s propensity for moving music and culture forward, keeping things fresh, exciting and decidedly mind-blowing. After my chat with Howling Owl’s head honchos Joe and Adrian last week in anticipation of tonight’s explosion of music and ideas, (Interview here) my expectation’s are fizzing at the thought of it. For the guys, events like these are opportunities to step up and out of whatever box you thought they were in.

As soon as I move past the lady with the list, after a fretful few minutes being told I was not on said list, to which Joe calmly resolves. To be fair, the list was very long. I discover Repo Man getting the night off to a start with a full on snog session. Hotly tipped as one of Bristol’s up and coming, I soon realised why. Repo man slay. Their music is like the scythe of the grim reaper swiping at your head. It’s rock music but done with veritable nods to the intelligent mind of Fugazi, the chaotic body of Jesus Lizard and the motor mouth of The Fall. Singer, Bojak stalks and slavers in front of the growing crowd. It’s noisy yet there is a funk, it’s angular yet there’s a groove. They will certainly be worth keeping an eye on this year, it could be theirs.

As Repo Man finish the last note of their last song and the next band are tweaking knobs in anticipation. Chrononautz are two man Techno behemoth, using all hardware tonight, the guys tap into a different vein with their squelching synth loops and thunderous beats. The performance reminds me of the early Techno days of Daft Punk as they attentively coax the sounds from their kit. It’s darkly harsh and fluid flowing. It would have been even more amazing had the whole place been dancing their tits off but since gig going is more of a spectator sport these days, heads were seriously nodding. Another lot to keep an eye on for sure.

Next up is Rhain but as she and the crew rearranges the space, CHAMP a sort of formation drumming troupe that begins by the stage and ends up moving around the building until we find ourselves outside the gallery, to the amusement of passing harbourside revellers. Eventually, things subside and Rhain takes her place in the centre of the room and with the crowd surrounding her, she plays an utterly beguiling set, a million miles away from what we have already witnessed but these hand picked acts are of a quality that is hard to find. Rhain’s vocal talents are jaw-dropping with comparisons to Joanna Newsom or Bjork. Yes, she’s that good.

And tonight’s pendulum swings once again to another quality act in the form of London’s Blood Music, drummer Simon Pomery’s brutal beat driven project. He has hooked up electronics to the drums he stands at in order to create the testing music he creates. It’s as much an endurance as it is a pleasure. “London is eating me alive!” He exclaims and we understand his pain. He has a singer of sorts but all syllables are lost to the distortion that blankets his beats. It’s noisy and challenging but in the best possible way.

Spectres are continually changing my opinion on them. I once thought they were Sonic Youth rip offs but I was wrong. I once thought they had no tunes but I was wrong again. The more I listen to them and more importantly, the more I watch them perform live, the more I get it. Their philosophy which permeates everything they do can be at first elusive but like of those magic eye pictures, the more you look the more you see. Beyond the abstractions lies a band with the best of intentions: To challenge, to create beyond convention were possible, to be honest to their heart and bear their soul, come what may.

Their sets are known for being unique but tonight’s is utterly unique as they play a selection of their own songs seen through the eyes of others who have remixed them. Under the spooky visuals of their videos that tower above their heads behind them, they pulsate and predicate their music with total and utter dynamism, building a tension of darkness and foreboding. Creosote electronics mix with the concrete guitars to form tenements of sound, in which they decimate with little contrition. The end finale is helped along with various members of The Naturals, Velcro Hooks & Jesuits taking every instrument and treating it as a weapon. It’s a joyous exclamation of freedom and chaos that they are best at, giving the night it’s necessary cherry. Well done guys, another year, another triumph. If this is how they start the year, then how are they going to finish it?

All photography by Michael Brumby. This is his first assignment for Louder Than War.