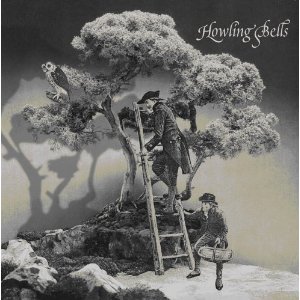 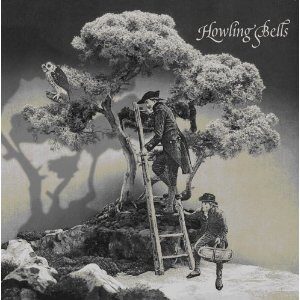 May 2006 in the UK was, sitting clearly in my memory, a month full of hazy, warm sunshine; a perfect build-up to the historically hot and glorious summer World Cup that would follow. And it’s safe to say there were some perfectly timed releases for that beautiful period.

Perhaps it makes sense that one of the albums which sums up this period so well for me is the debut of a quartet not of these shores, but from the distinctly more sunkissed climate of Sydney, Australia. However, this was not an evoked summer of beaches and barbeques or other such tropes, but of something altogether more woozy, sensual and kissed by the Southern Gothic. This kind of warm, rich femininity in music was something that was forming something of a pattern across this year.

March saw the release of Yeah Yeah Yeahs’ second album, Show Your Bones, which saw a shift from the technicolour filth and fury of their debut Fever To Tell, into something more slow-burning and mystic. The lead-off single from it, Gold Lion, was full of lyrics about the crowd of seeds and moon without tides in a way that conjured all that was feminine and fertile. Karen O, having been the kind of “head girl” of the Noughties, was a frontrunner and indicator of some of the music that would define spring 2006. Also released in March 2006 was the first of three collaborative albums between Isobel Campbell and Mark Lanegan, The Ballad Of Broken Seas, which saw Campbell shift in direction thanks to the infusion of Lanegan’s gloriously black-hearted blues. Their work may well be the most gloriously Southern Gothic ever to be made by people not actually from the Deep South – Campbell a Glaswegian, Lanegan hailing from Washington – and oozed sticky, clammy sensuality.

However, it is Howling Bells eponymous debut which fifteen years later is still, I find, spoken about with great reverence by so many. Its slinky singles – Low Happening and Setting Sun – instantly evoke skies ablaze with sunsets viewed through slightly inebriated eyes. The album as a whole, however, pulls into something with frequently tougher edges. Opener The Bell Hit is something of a perfect introduction, Juanita Steins vocal building into something multi-dimensional while the guitar pace changes and whirls against her observational musings. Velvet Girl evokes its soft sensual title with vintage styling, while A Ballad For Bleeding Hearts, a girl group-esque title, winds slowly and subtly. Twinned with the likes of Broken Bones and Blessed Night, with thicker layers and guitars and bolder vocals, the combination stands up fifteen years later.

My millennial status means that the mid-Noughties was an exciting period for me, and the release of Howling Bells debut found me nineteen, a first-year student bright and eager with ingesting music and the surrounding scenes. But whilst I still feel a huge affection for the artsy and angular bands which captured that era, this is a record that did not strive to define it and, as a result, feels timeless. It’s that Southern Gothic feel again, the sense of hot breezes on the nape of an exposed neck, of bright blossoms falling against thick, calefaction. Much of it is carried by the power of Stein’s vocals, evoking the likes of PJ Harvey on The Bell Hit, and being impressively expansive live. She herself cited one of the songs which had had the biggest influences on her, however, to be Dolly Parton’s False Eyelashes, a musing on the fledgeling days of almost-fame that describes her ill-fitting dresses, cheap lipstick and false eyelashes.

It’s a broken kind of glamour, something which has apparent influence all over Howling Bells debut. This is twinned with themes merging into backdrops making lyrical reoccurrences – suns fade and set, seas are sunk into, nights drifted into. Closer I’m Not Afraid sees things end on a winding, subtly crafted snake charm of a record which carves out a kind of existential version of TS Eliot’s The Waste Land. It’s a contemplative end which casts thing wide open, pulling together something which sounds as fresh and sensual fifteen years on as it did to my nineteen-year-old self.