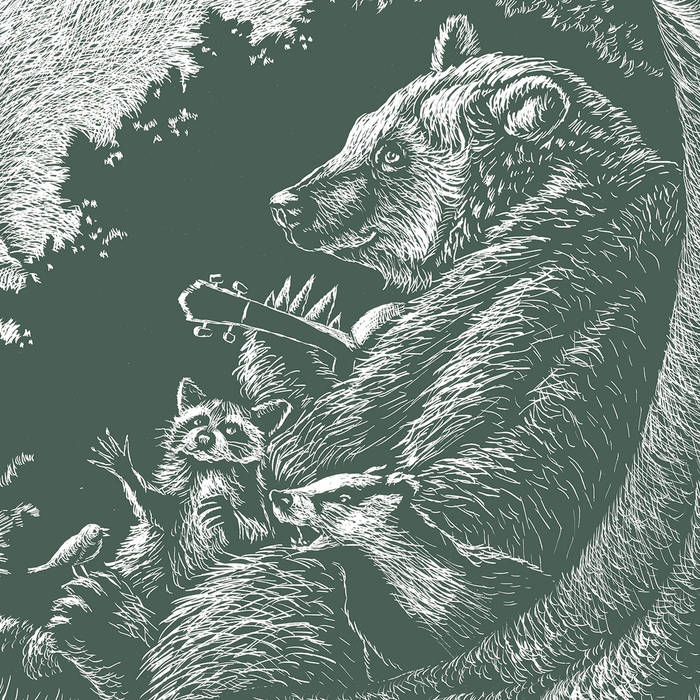 smaller, now is a difficult beast to tame. It’s an album that skewers all manner of preconceptions and manages to mix the sublime with the ridiculous to great effect. Howie Reeve is someone you can’t fit inside any kind of safe, go-to label and whilst there are certainly moments here where the eccentricity of his nature miss the mark, there are more than enough moments that strike its target making for an uneven but worthwhile listen.

Recorded and produced in a very lo-fi manner, smaller, now is a true representation of Reeve’s live performances where he can make you feel as if he is singing directly to you. Sonically, there is not much more to it than Reeve’s bass guitar and vocal (with the odd finger piano and overdub thrown in) which adds to the intimacy of the listening experience. Never settling for the normal the fourteen songs here often alternate wildly in time signature and style with everything from jazz to Spanish via Eastern melodic lines and drone thrown into the mix. The affect of such stylistic shifts and switch in tempo can make the album quite disorientating in places but once you get attuned to it you are often in for a sweet sweet ride.

Highlights on the album are the beautiful Free Market Ache, Survival Tactics with its tapped rhythm intro and exquisite vocal harmonies and Splish Splash which has a simply gorgeous coda.

Whilst the music on offer here is very interesting it is Reeve’s lyrics that really shine as he has an innate gift for switching between subject matter with style and grace. Lyrics go from the surreal to the mundane, from the heartfelt to the political, from pound shop to war crimes never once feeling forced or done just for an effect. There is a deep love for the planet and the good in humankind on display here which adds to the general warm feeling that listening to smaller, now can invoke.

smaller, now is not an easy listen but if you commit to it it will reward you greatly.

smaller, now can be bought via The Audacious Art Experiments Bandcamp page.  or via redwig.org