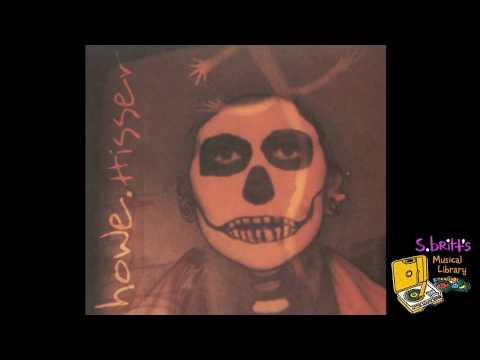 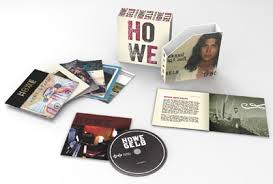 Giant Sand man Howe Gelb gets the plush box set treatment, a showcase for the inventor of ‘desert rock’ to reveal all. Steve Swift listens and learns.

Devotees of Howe Gelb are graced with patience and gratitude. Patience in that his music demands persistence  but safe in the knowledge that it will reveal itself over time, indeed that it will change with you as your own life ebbs and flows. Gratitude in that he is prolific, he doesn’t keep his patient audience waiting.

24 albums since 1985 as Giant Sand, almost as many in his own name, this Little Sand Box captures eight solo LPs over 20 years with various bits and pieces.

Gelb’s journey as a musician is almost as beguiling as his music. From punk, to roots to becoming “the architect of desert rock”, Gelb’s  route , whilst it has been ruthlessly uncommercial, has always been collaborative. You get the feeling he enjoys helping people, inviting them to share his wide-screen dreams. Out of Giant Sand came Calexico, for which the world is a better place. Amongst others, M. Ward, Neko Case, Juliana Hatfield and PJ Harvey have all benefitted at some point from his patronage.

His work is searingly honest. We learn more about his life by listening to the music than from his Wikipedia. This collection takes us through loss, romance, regret, elation, rage and serenity. The backdrop to this is a soundtrack of classical piano,  hardcore guitars, soft-shoe jazz, swing, flamenco, gospel and straight ahead indie rock. It’s authentic as it isn’t forced, a snapshot of where he was at that particular time. If it felt right then, it feels right now.

The first LP in this beautifully presented box set from Fire Records,  Dreaded Brown Recluse (1991),  was destined as a Giant Sand album but became a solo release when the record company said they were making too many records. 19 (and counting) solo LPs were to follow.

Hisser (1998) is a lo-fi highlight, sparsely recorded and on which Gelb seems characteristically aware of his surroundings. The track 4 Door Maverick is like a partial conversation in the mirror, with the scorched sounds of Tucson picked out on drum brushes, guitar and bar piano.

Opening track 3 Sisters from 2001’s Confluence manages a sequence of suites in around four minutes, Gelb’s whispered vocals set to a nightmarish lounge arrangement which lurches like a clumsy drunk. The lyrics don’t matter, the mood is the thing.

The Listener (2003) largely finds Gelb in major-key mood (happy) but also reflective. Of all the albums here, this sounds the most improvised until the carefully crafted string arrangements (Glisten, Felonius) betray the perfectionism at work. It could be the soundtrack to an art movie, his vision is cinematic, bordering on IMAX and there is a depth to the instruments that can only be communicated with the utmost sincerity.

The full band indie work out of Sno Angel Like You (2006) for once allows the tunes to surface. Gelb’s vocals are further up in the mix, and there’s an uplifting joy to the chorused backing, buzz saw guitars and exploding drums. This may have been his shot at a hit and was a huge success when toured live, as evidenced by the live CD included here, Sno Angel Winging It (2009), on which the Gelb band is accompanied (majestically) by a Canadian gospel choir.

Alegrias (2010) sees Gelb (with A Band Of Gypsies) cross the border and back again with an exhilarating flamenco indulgence to some of his most personal lyrics. He sounds like he’s fleeing the Arizona desert sandstorms; “Back comb my hair/ Rains have failed this year” (Cowboy Boots On Cobble Stone) and he’s free to stretch out with a new band and explore uncharted roads.

The eighth CD in this set, Some Piano (2013),  brings together some recordings previously given away at concerts and reveal Gelb to be a daring and accomplished pianist. His multi-instrumentalism is well known and these snapshots of brilliance show how casually he was able to nail a tune, whisper his vocals and completely silence an auditorium.

This release comes with some revealing written insights into the albums and songs from Gelb, plus a luscious appreciation from the esteemed Americana writer Sylvie Simmons. Each LP comes with a few outtakes and curios not seen before. It’ll keep us patient and grateful Gelb devotees happy until the next album comes along, which is probably any time now….

All words by Steve Swift, find him on Twitter