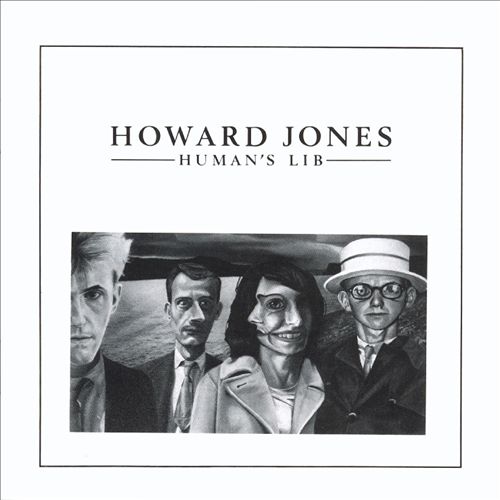 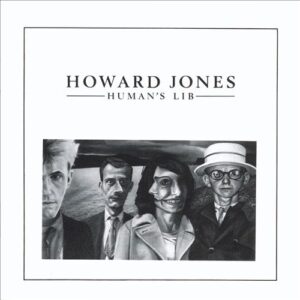 Emerging from High Wycombe in 1983, Howard Jones was an unlucky looking popstar. The tall, thin figure, spikey hair with mohair sweater appeared with mime artist Jed Hoile as he performed the now instantly recognisable New Song. Bringing comparisons to Peter Gabriel’s’ Solsbury Hill it rose to number 3 in the UK charts after Jones had invited record companies to see him perform at the legendary Marquee Club with Warner Music being the record company shrewd enough to see the potential shining through.

What followed over the next two or three years saw Jones catapulted into the mainstream as one of the defining faces of 80s (synth) pop. His friendly demeanour and positive lyricism were a breath of fresh air and, seemed to be to almost everyone’s approval. Alongside Nik Kershaw, he became one of the finest new songwriters around and the deserved success was quick to arrive.

New Song was clean and clinical, it was catchy and poppy, and it was perfect fodder for the charts. Interestingly, it bucked the trend of a repetitive chorus and didn’t even mention the title in the song. Instead, its success was made by a synth hook and several chants of ‘woo, woo, woo’ and to this day sees it remains a classic tune.

Debut album, Humans Lib began with the upbeat Conditioning, its haphazard bleep and blip intro and excitable percussion was attention grabbing and the “Welcome to conditioning” lyric maybe hinted at Jones’ real opinion of the record industry. Followed by three singles What Is Love?, Pearl In The Shell and Hide And Seek gave the album three more directions and showed his versatility.

What Is Love? peaked at number 2 in the UK charts and became probably his most recognisable hit. In its extended album format it is a powerful mid-tempo pop song with a chorus that is simply impossible to shake off. Hide And Seek was the albums third single, a gentle almost percussion less track which had distinct ambient undertones and once more failed to capitalise on the song title in the lyric, it made the Top 20 in the UK and was soon followed by the horn driven Pearl In The Shell which featured a saxophone solo by Davey Payne of The Blockheads.

Added by Bill Bryant who co-wrote lyrics on several tracks. Humans Lib was as accomplished a debut album as anyone produced in the early 80s. Equality pounded with an incredible synth hook and the title track Humans Lib, almost threatened to explode at several junctures and contained the intriguing line “sometimes I’d like to go to bed with a hundred women or men”.

The later part of disc one and the whole of disc to contain various remixes, b-sides and live tracks. Perhaps predictably, there are a further four versions of New Song, some more varied than others and maybe one or two purely for the Jones fan who can spot the obscure differences. Eight minutes of Total Conditioning sit high at the top of the pile and ‘rough’ mixes of five tracks act as demo’s creating an insight into the workings of the man.

Following the number 1 success of Humans Lib came Dream Into Action which peaked at number 2 in 1985. Less of a success in the UK, it did break Jones in the USA making his subsequent albums far more popular than at home. Singles like Things Can Only Get Better, Life In One Day, Look Mama and No One Is To Blame all made the UK Top 20 with the later receiving a complete rework by Phil Collins who also provided drums and backing vocals. 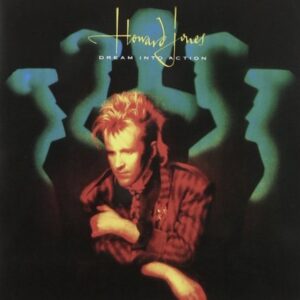 Dream Into Action saw Jones step up his games and introduced Afrodiziak on backing vocals together with several additional musicians including brother Martin on bass guitar. Songs were far more chart oriented and clearly had big money record company backing behind them. The album cover saw Howard ditch the jumper and appear in full 80s padded shoulder blades which again acted as a move to compete with the big names in pop.

The title track, was an almost experimental affair coming as a surprise after two singles as opening tracks, it’s throbbing, plucked bass a mainstay in the song which is sparse and effective. A well-publicised vegetarian, Jones expressed his views and concerns on Assault And Battery and Hunger For The Flesh with compassion and Automaton and Speciality upped the pace with as eclectic and wild compositions.

Disc two again contains obligatory remixes and edits but special mention should go to piano instrumental Boom Bap Respite which is simply beautiful and the contrasting The Chase which powers along like a frenzied Hogwarts Express. No One Is To Blame takes over from New Song on Humans Lib with a total of six audio versions.

The deluxe versions (originally released in 2011 as two cd sets) are both accompanied by an additional dvd which has a plethora of tv appearances from TOTP to The Old Grey Whistle Test, from Oxford Road Show to Wogan where the BBC have obviously opened their vaults and, along with live recordings and promo videos make for an thoroughly enjoyable trip down memory lane.

Howard Jones continues to record and is currently planning a new album for 2019, his fan base and enthusiasm as big as ever. Humans Lib and Dream Into Action represent pivotal moments in 80s synth pop and these box sets provide the full, unabridged story. Perfect pop and not to be missed.