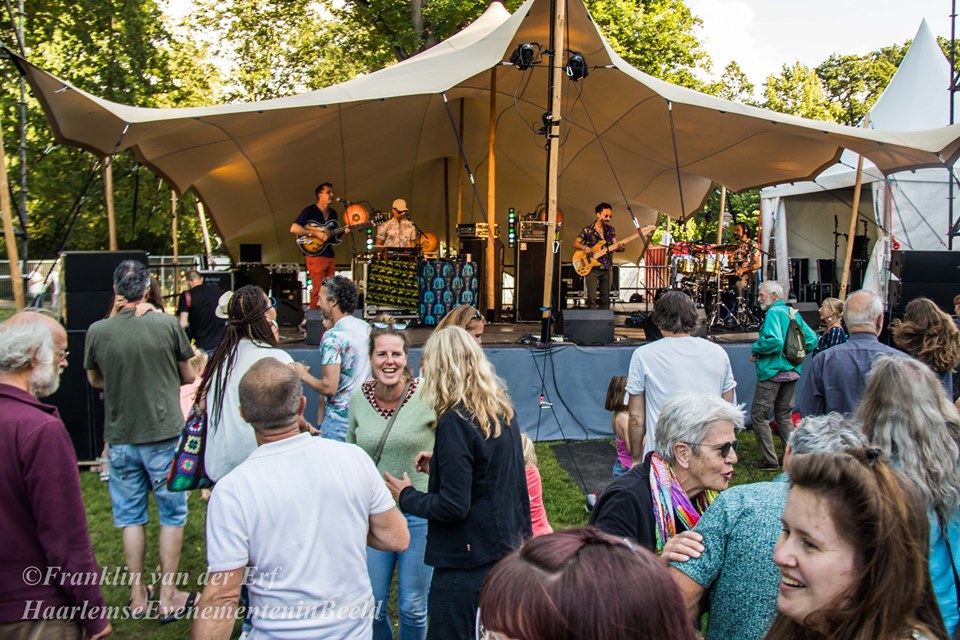 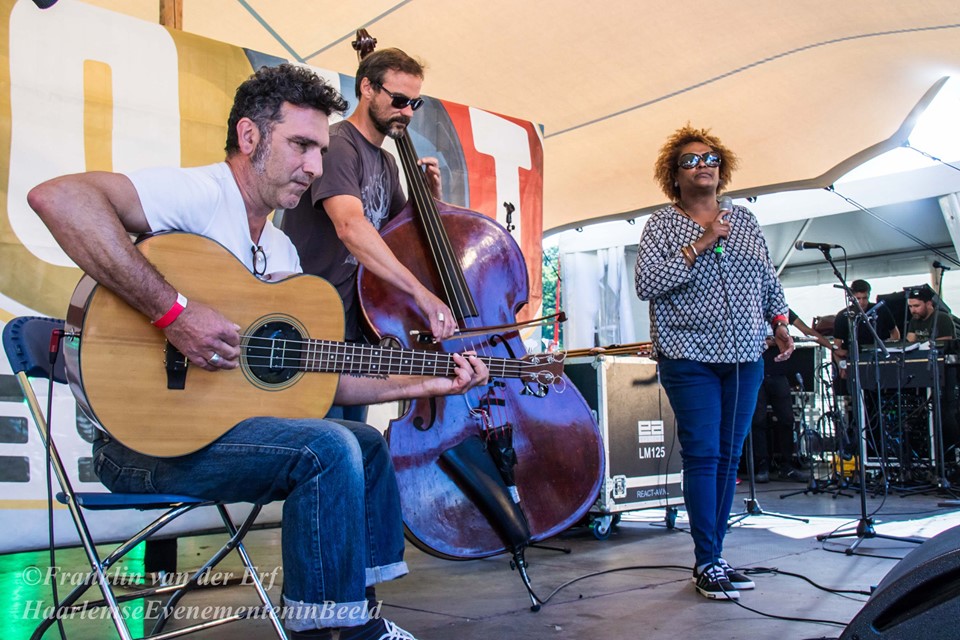 Want to avoid over-clean, paranoid, security-infested, profit-driven festivals in thrall to a stuffy council or a big booker’s trend-driven whims? Then go to Houtfestival, possibly my favourite musical day out in the Netherlands. The festival reflects Haarlem itself; a discreet, well-heeled city with a strongly independent, countercultural side. Over time Haarlem has accommodated punks, hippies and the flotsam of the 90s rave generation in its stride, along with their increasingly bien pensant, well-heeled musical descendants.

First and foremost Houtfestival is a family day out; leading to some misguided assertions that it’s not a “proper music festival”. But (and this is only my opinion, of course), this mix of village fete, a kids day out and mini-WOMAD has aged with a degree of grace, generosity and charm that others lack. And ironically, however quiet, or backwoods, or untrendy, or “mumsy”, Houtfestival – with the odd hiccup of course – is precisely the festival that many of its peers often try to project themselves as, through their passive-aggressive PR… It’s a funny old world.

A case in point: like many others, the alternative charity or hippy stalls at Houtfestival have been gradually replaced by those offering exotic foods. But even here the organisation seems to have sidestepped the moronic stuff. Rather than being confronted by a depressing row of trendy bijou trucks with some whimsical chalkboard nonsense (primarily there to show the vendor’s right-on cred), the concerns here just serve up decent grub at an okay price. This, readers, is a real win.

Outside all of “this”, the main reason to be here is the consistently A-list quality of the music. Having three stages within pottering distance is a help, too. This year was no different; where we soaked up four killer, wildly different gigs in terms of context and content. Sweating under the awning of the Houtpodium in the blistering sun, Amsterdam-based Lola’s Dice kicked out a seedy, Seedsy noise; aided considerably by a Moog and Farfisa. Their music is a very cool, seductive stew of Latin American psych, merengue and cumbia, and bits of psyched-out garage with nods to Todd Rundgren’s Nazz. Maybe because it was early in the day, but the gig, and the sound levels were kept sane, and the very trippy guitar duels did feel like they were kept on the lead. The singer looked a bit of a lad, too, a well-heeled barker from the fair with an amusing line in patter, adding a bit of volume now and again to keep things jogging along. It’s a tough ask being a bride act between the kids’ activities and the music but Lola’s Dice had enough charm and licks to make their showing a quiet triumph.

Mildly vibed, we made our way to the Grenzeloos Tent to watch something utterly different. Liu Fang is a master of the Pipa, a traditional Chinese lute. That much is clear. But what the audience as a whole was expecting was unclear. Respectful, silent, wondering people settled back on the wooden trestles, trying to find a way in to this dazzling interpretation of Chinese classical and traditional music. This “sound”, instantly so familiar (due probably to the mundanity of hearing it as background music in restaurants or travel shows) was still an utter mystery when confronted with decoding it in a live setting. Essentially this is very courtly music; concerned with procedure and carefully-planned display. Each note was weighed against the other for maximum effect. What is immediately noticeable, however, is the inherent tension; Liu Fang’s playing, at once so measured and respectful, created space for well-timed bursts of violent strumming (almost shredding) and rhythmic thunderclaps. By the end those present felt transported to a calm inner space that mildly altered the rest of the day’s time-space continuum.

Children can be a great emotional barometer of music’s protean nature. During Liu Fang’s show, many sat on their parents’ knees, entranced. Their behaviour changed markedly for the follow up; the Etenesh Wassié Trio, an enervating mix of Azmari soul and French jazz-gothique. As Wassié’s first ululation ripped through the still air, some kids started yodeling back and running around in abandon, given license to misbehave by some secret clarion call. It was almost inspiring. After a while things settled down and the mesmeric music (a subtle, sensual entwining of clever bass thrums and pops and remarkable punk / soul singing) had people trapped inside the tent. The sound was intriguing. Not immediately likeable or looking to please, we were nevertheless drawn in by an odd mix of Wassié’s total punk attitude and some superb playing by brothers in bass, Mathieu Sourisseau and Sébastien Bacquias. Sonic palettes were stretched in the main by the trio’s inherent risk-taking. Every track felt like a high-wire act. Ethiopia’s rich traditions felt remoulded and remodelled by this remarkable singer, who was never afraid to cut loose. The two bassists for their part mined a rich seam of incomprehensible minor chords and drone variations. A totally unexpected, Neubauten-style crash ended matters and had some people visibly shaken. Outstanding.

Follow that! Luckily for Houtfestival, Romperayo could. Dab hands at entertaining the masses, this Colombian four piece picked up the audience and ensured no respite. Reinterpretations of porro, cumbia, and festival-friendly takes on the free-form of descarga rained down on an increasingly unbridled audience. They are an amazing live band, no doubt. And nicely weird. For example, barks, shrieks, and stoner samples floated on a moog-induced bubble and punctuated the superb playing, keeping things suitably trickster. Elsewhere on the stage, light and refreshing guitar runs vied for attention against some bewitching passages from the rhythm section. Of course you could just dance, which most people did, in that strange, jerky, overly-happy way that the Dutch have when letting themselves go. Resembling nothing so much as some Breughelian scene of debauch, the audience began to gently steam and display their oneness with their newly-found Latin soul. Dogs on rope leads looked for their master. Delirious old men wearing womens’ hats hopped on one leg. Gaggles of girls ran arm in arm through the crowd, shrieking and gyrating and conducting passionate arguments on the move. Things were going well. 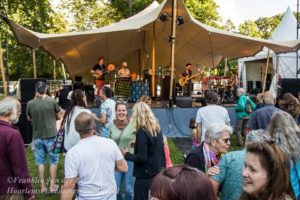 After an hour of Romperayo’s psychic battering our brains were frazzled and further entertainment by the doubtless super Onipa and Benjamin Herma’s Bugouse seemed a bit much. Off to the station it was, then, through a deserted city.  What a cracking day out. You should go.