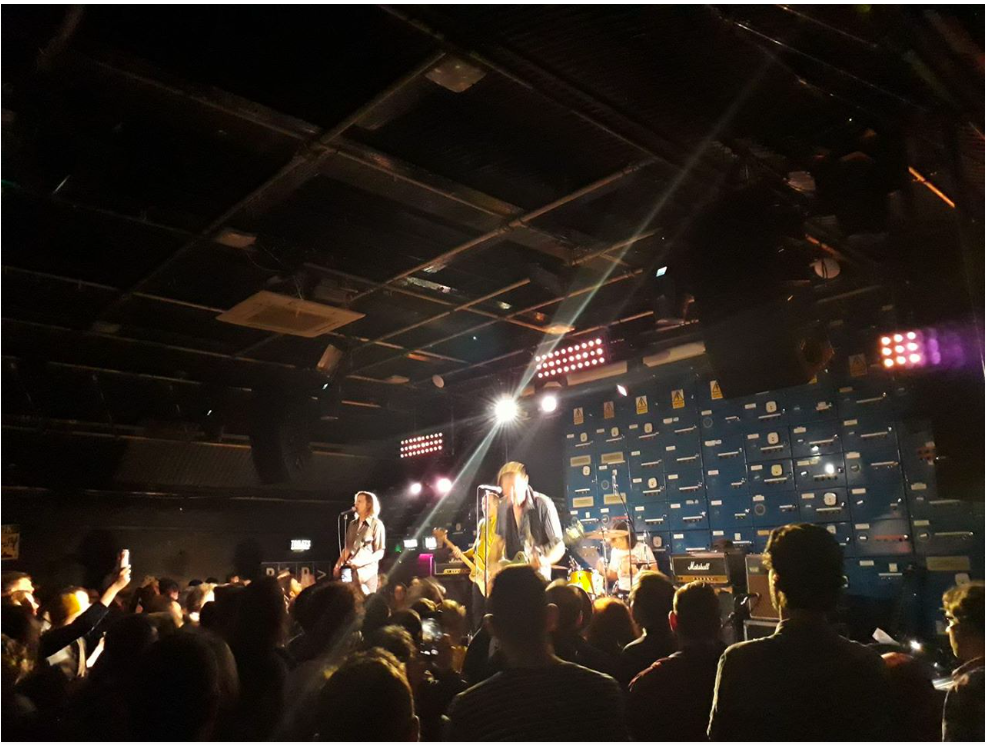 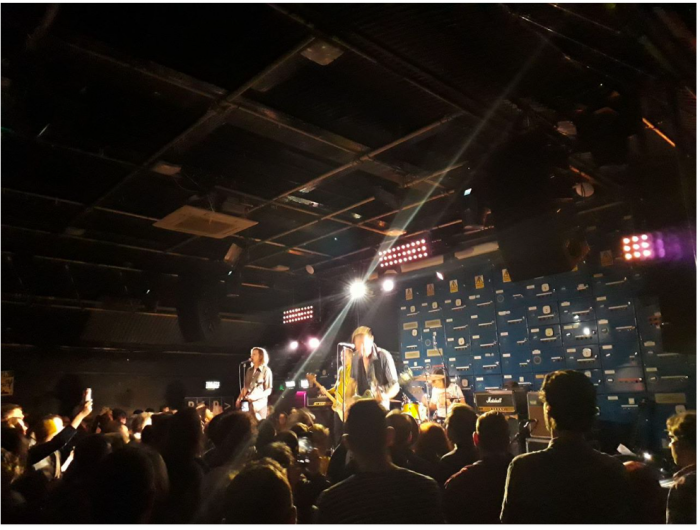 Liines have been creating an underground chatter in Manchester and have received much love from LTW for their stripped down, angular, take on the post post-punk template. Taking the good work of Delta Five and the Au Pairs and cranking it through Sleater Kinney and into the 21st century that have managed to find their own take on the permanently enthralling music.

The three-piece have that classic dislocated, dirty disco punk, drum and bass chassis and a great clipped, grating guitar on top to give the foundations for the heartfelt and beautifully sung vocals.

Liines are captivating and quite brilliant. Dressed in black this is a melancholic and serious music that you can dance to and they take full advantage of the great PA at Gorilla to explore all the space in their sound.

Hot Snakes are a very different kettle of fish.

Four howling, sweat spewing, older shamen from San Diego – they are the post-Drive By Jehu project of Rick Froberg and Rocket From the Crypt main man John Reis who have been playing together for decades since their mid-teens eighties hardcore band Pitchfork.

They deal out a gloriously distorted rock n roll with a thrilling twist that makes them stand head and shoulders above the mob. Stage right is the familiar presence of Reis and his wild guitar lines and sweatshod, intense, explosive presence dominates the stage. Slimmed down he currently looks like a wild-eyed version of primal beat Neal Cassady driving Ken Kesey’s bus across the USA in 1965 and perhaps inhabits the same shamanic spirit as Cassady himself in his stage personae and his guitar playing which is full of controlled noise and distortion but with an abundance of classic chord changes that makes the band stand head and shoulders above yer average blokes playing cranked rock.

These songs drip melody and avalanches of emotional raw power and combined with the explosive energy and Froberg’s post hardcore vocals makes the whole explosive package one of the best live band on the circuit which manages to supercharge the traditionally greyest week of the year into a multicoloured rush of adrenalised thrills and spills.