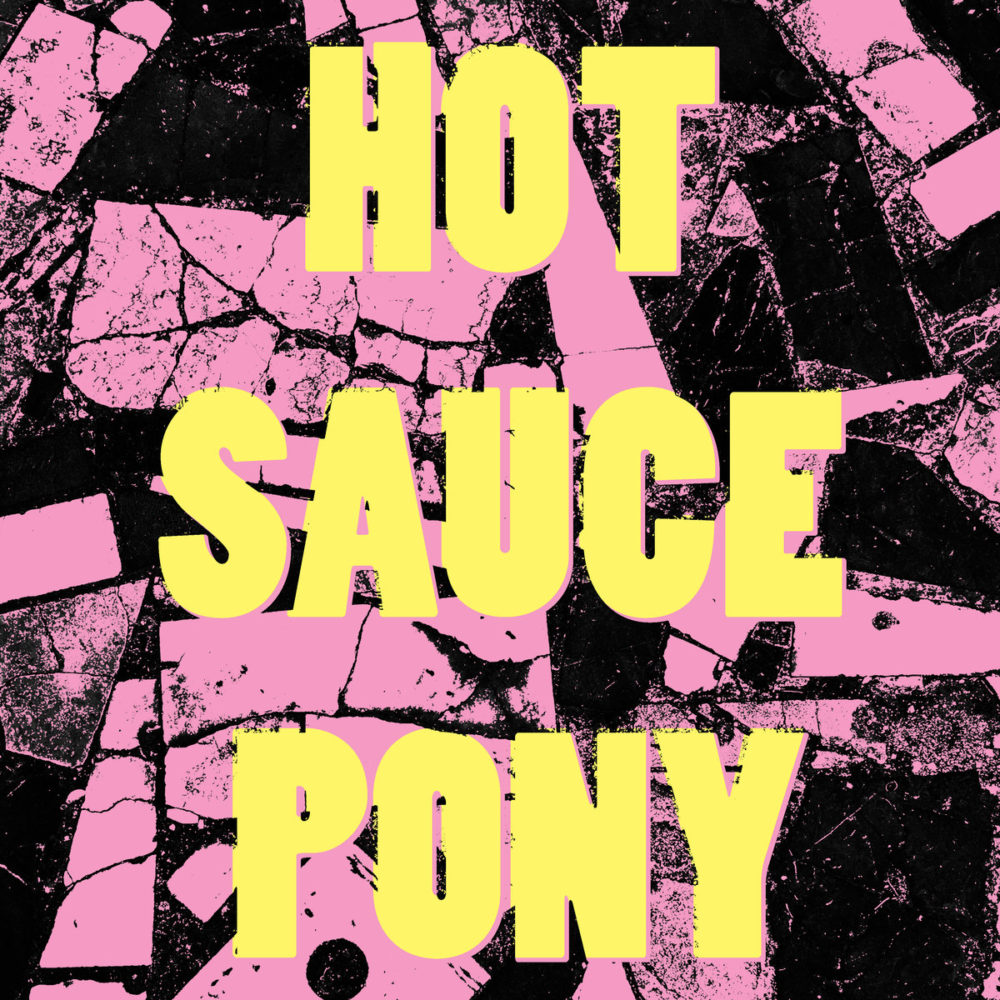 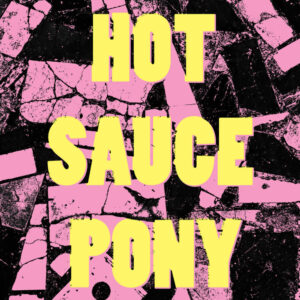 “Corrosively emotional /  brutally beautiful / bold and weird ” says the press release, with “the unmistakable sonic hallmarks of Steve Albini who recorded and engineered the album at his Electrical Audio studios in Chicago”. Hot Sauce Pony are not for the faint-hearted as the Brixton band “balance melody and maelstrom”. Ged Babey is tense and nervous…

Not wishing to harp on about the band name again…. but it lulls you into a wholly false sense of security.  It’s a bit frivolous and silly… but then again Evil Mother Fuckers or Cold Blooded Killers would’ve been far too obvious.

You get movies like this.  Slow. Setting the scene. Not much happens.  Desolate. Downbeat.  Atmospheric.  But then… What the fuck was that all about? Tension builds. Slowly. Bit by bit. You are gradually pulled in to a bizarre world…

HSP are anti-rock’n’roll.  Anti-commercial. Anti-pathy.   There is a husband and wife in the line up of the band which might explain things to some extent.  ‘Til Death Us Do Part. Solemn vows. A bond of love due to the fact they both hate the same things….  A band must be a great safety valve for their relationship: instead of having a blazing row they can write a song about murder, madness and matricide-in-law and pummel the hell out of it.

Hot Sauce Pony is “a document of the band and where we’re at,” Ross says. It opens with the quiet-loud onslaught and violent intimacy of Crusher, the bassline all throbbing menace. What You Don’t Know is a slow grind, a controlled cacophony, stray phrases (“Alone in bed”) telegraphing turmoil and confusion, isolation and pain. Crumble is close to collapse; Doom Lord is forbidding, imperious. Ho sounds like Blondie in a (bad) mood or Garbage with extra grit. My Pet Hate In 6/8 crawls but is far from languid: more songs about the fury that people unleash in the name of love. Louder closes the album, sounding like four bands at once, playing different songs, a melee of dreamy guitar, gruff bass, off-kilter drums and vocals that hint at both tenderness and torrid emotion. It ends with 70 seconds of feedback, scree and metal machine anti-music.

Caroline Gilchrist’s vocals are invariably delivered straight from the heart but always with an air of siren-like mystery and shapeshifting intensity that keeps you on a knife edge throughout.

Totally.  Couldn’t have put it better myself.

Borderline psychopaths and abject sociopaths album of the year!

Tense?  Nervous?   Can’t relax?  Well, the nursery rhyme lullaby sections of the songs on this album will help… but they invariably lead into the deepest, darkest, churning bass lines you will ever hear… and they will scare the shit out of you!

Probably the best new band Albini has worked with for years, and a really great, absorbing, obsessive, compulsive album.


All words Ged Babey (apart from where specified)