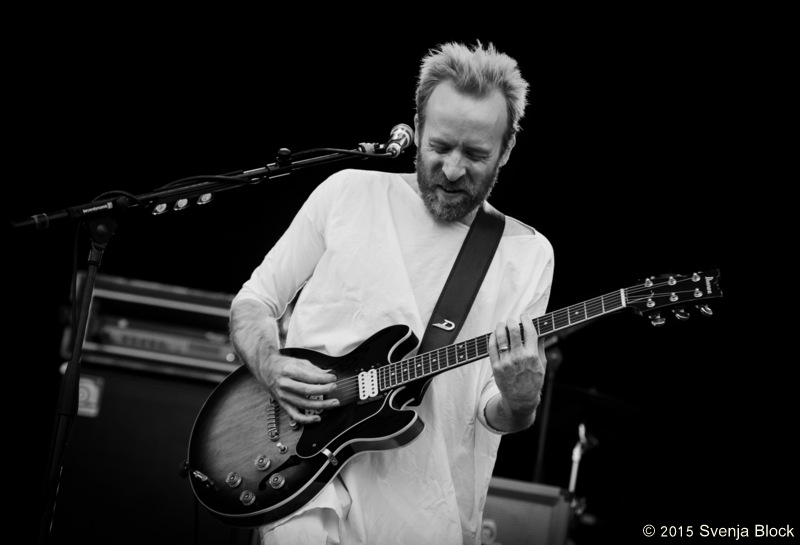 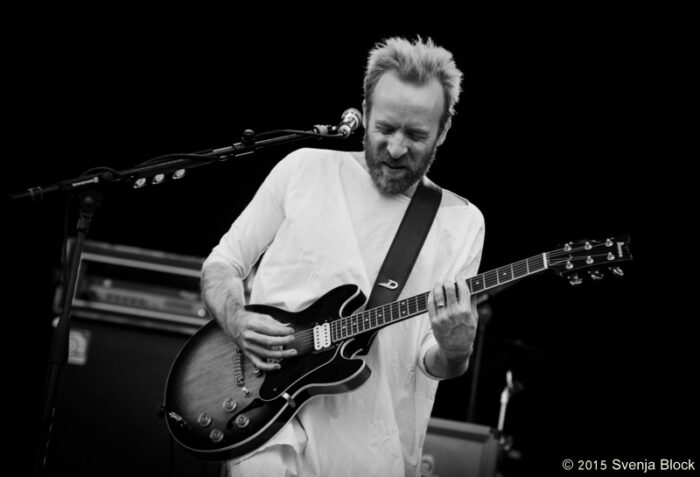 Back for a second sold-out night, indietronica royalty packed the sweltering Webster Hall to watch British electro outfit Hot Chip deliver a shattering dance fuelled set. LCD Soundsystem’s James Murphy watched on, as did the Juan Maclean’s Nancy Whang. Free jazz musician Sinkage could be glimpsed in the audience too; all of New York’s finest were out waiting for them it seemed.

Hot Chip have always been one of the key nerdy band revivalists. Coming around at the same time as the likes of OK Go, they used instinctive, innovative videography to explore the relationship that their infectious, warping electronica could have with their fans. Throughout the course of their career, though, this has altered; the music is no longer shaded with a youthful, brighter undertone – the bubblegum synths and casio and sibelius computer system sounds are now relics as they’ve morphed into brittle, hip-hop specialists. Rappers wash the progressive colour; but the compulsive indie / dance crossover remains steadfastly at their roots.

Within New York’s Webster Hall – a venue similar to Factory in Manchester, the sultry ambience festers across all three of the venue’s floors, where the bars consistently feel busy, but never really full – Hot Chip brought with them this union. Incisive lasers illuminated the room; dancing between the two sides, left and right, and projecting upon the now seven strong collective on stage, producing a sight that looked like the latest episode of the new Hot Chip cartoon designed by Nickelodeon.

‘Huarache Lights’ – the cool voice of Alexis Taylor, instantly recognisable by its forced moments of melodic movement which can appear soft at one moment, raucous the next, controlled the murky electronics and warped grooves from drummer Sarah Jones.  And ‘Night & Day’ which entered with Joe Goddard’s filthy LCD bass, soon to be joined by the synths around him creating a piece of utter indie euphoria and demonstrated how far the group from London have come. Gone are the night-light recordings.

Hot Chip have always been able to surprise with their adaptability as a group. Although hip-hop isn’t the first genre associated with them, they pull it off. The unwound tones of ‘Easy to Get’ – a number that Nile Rodgers would be proud to have produced, is set around jerking guitars and late nineties piano swells and it comes together to make an ambience befitting of the herbal aromas generated by the crowd. They soon became hardened as the spitted rhymes became more aggressive. ‘Started Right’ continued the snapping, gyrating affair; the four front members attached themselves to the groove and uniformly danced in time, clapping and shaking as if carrying out a Macarena for Dummies dance routine; the sound-bites of energy soaked synths only became better when accompanied by the dancing.

Everybody loves their breakthrough track ‘Over & Over’; under the New York light it never felt more harsh. The callous bite of Taylor’s solo after the demonic chanting of the track’s bridge; the bounce experienced when that first round of its hook announced itself; the harsh percussive bleating. A timely reminder of why we fell in love with them 10 years ago. ‘Ready for the Floor’ – the Grammy Award nominated track and dirty dancefloor anthem was given new life through a stuttery, relapsing groove – confirmed it.

Whilst ‘White Wine & Fried Chicken’ and ‘Boy From School’ – the latter always sounding slightly more undercooked than on record, but still retaining its core, brain-melting identity –  were beautifully disruptive and chaotic, it was their finale and it summed up everything that is good about Hot Chip. Their awareness. Sure they could have left their big hits for their encore. Or rolled out the red carpet to invite Whang and Sinkane to feature on renditions of two of this city’s most iconic performers – Bruce Springsteen and LCD Soundsystem. ‘Dancing In the Dark’ and ‘All My Friends’, say.

Hot Chip should be everybody’s favourite electro band. In New York they made many friends.

All words by Clive K Hammond. Image by Svenja Block More writing by Clive on Louder Than War can be found at his authors archive.