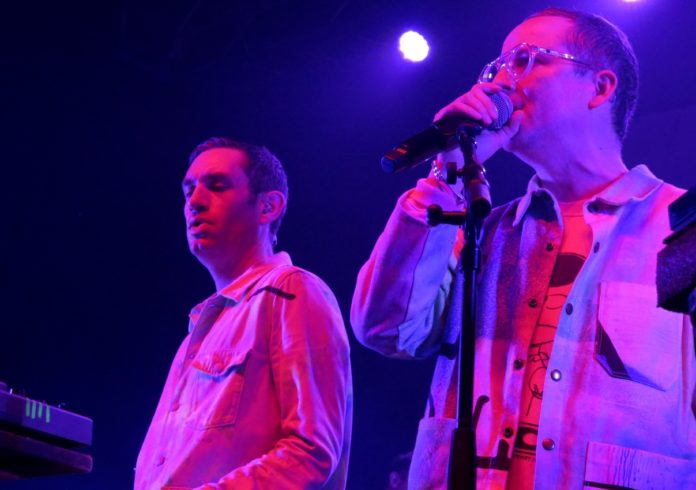 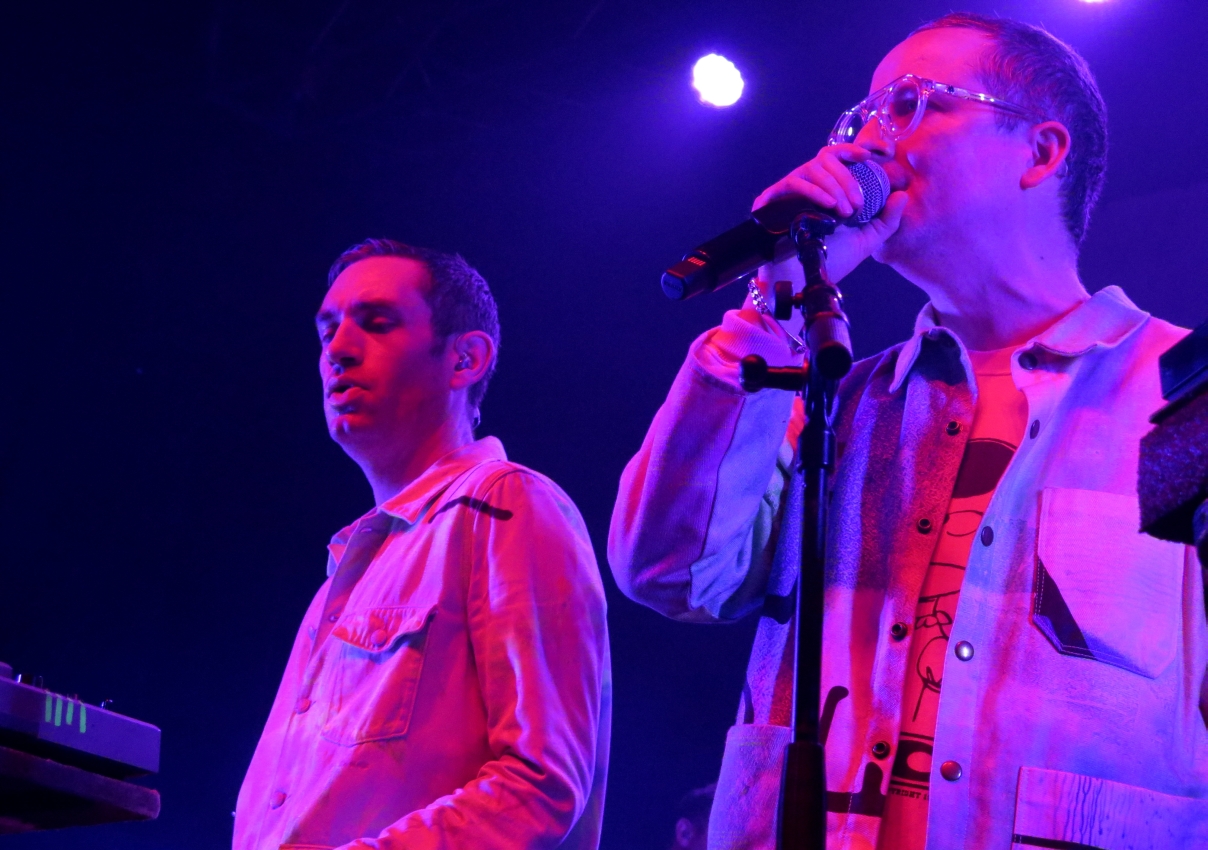 2019 has been a landmark year for Hot Chip. After a four year absence the band this year released their seventh album ‘A Bathful of Ecstasy’ to rave reviews. Louderthanwar’s Christopher Lloyd is there to partake in a bit of dad dancing.

“Come take a bath in our ecstasy” croons Alexis Taylor during the title track from the latest album by Hot Chip, and an absolutely rammed Birmingham Institute sure do that as the band play some of the finest British pop singles in the last twenty years.

Taking to the a dimly lit stage whilst the PA blares out the euphoric vocal sample from 2015’s Huarache Lights, Hot Chip ease into their set by laying a foundation of melancholic house aligned with a penchant for massively catchy choruses that see the audience singing along with every word. What follows is a master class in live set building. Huarache Lights merges into One Life Stand and the juxtaposition between their somewhat electronic melancholic sound coupled with life-affirming choruses fit seamlessly with the evening’s subdued stage lighting set up which suddenly erupts into an ecstatic flurry of strobe lighting action.
The set is a steady slow build that reaches its peak by the sixth track and recent single, Hungry Child. Joe Goddard’s deep vocals co-align perfectly with Alexis Taylor’s higher range whilst the beats appear to transform the venue from a mainstream concert hall at 9pm into a euphoric dance floor somewhere around 3am. 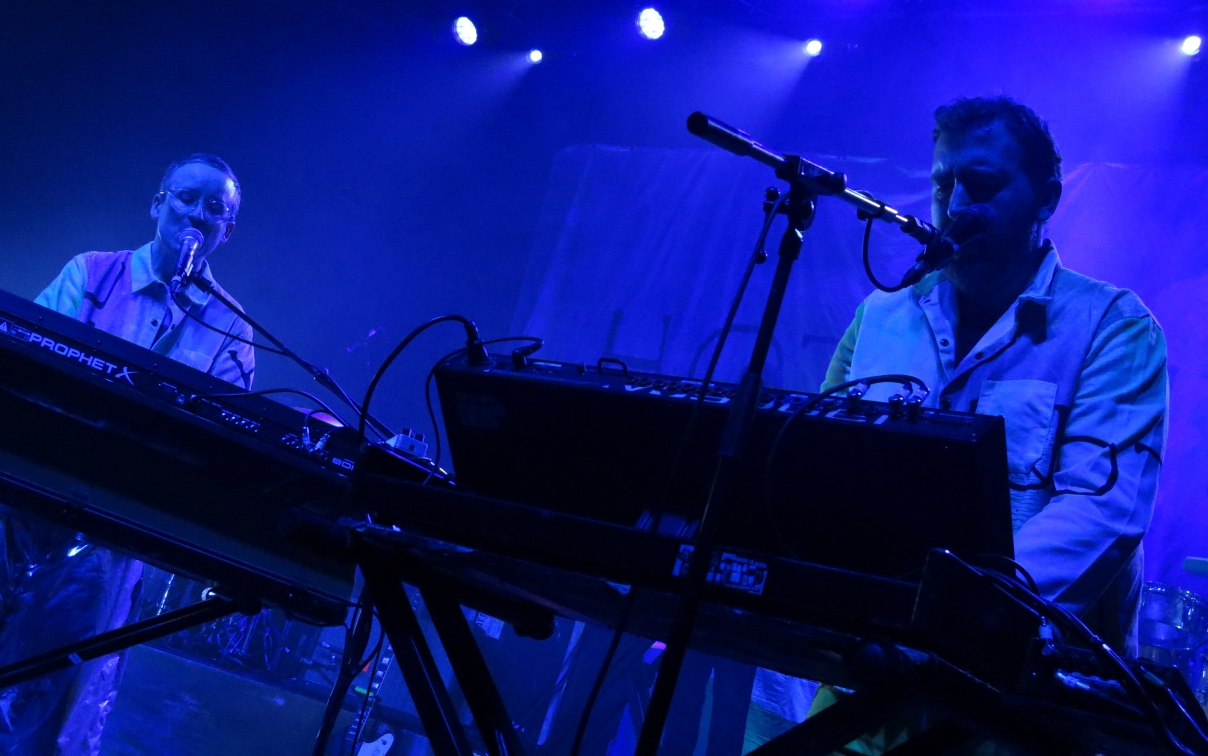 As the first keyboard notes of 2006’s breakthrough single Over And Over spools out of the PA, the reaction is pure joy. The audience explode. The venue security have an absolute nightmare trying to get the balcony dwellers to get back down off their feet and sit on their derrières like good punters the security expect them to be. It’s a mission that was doomed from the very second the song begun. Hot Chip themselves were seemingly having the time of their life playing a song that you would assume they must be a bit bored of playing by stage, but there they seem to be having a blast, grinning away whilst displaying the finest acts of dad dancing seen this side of my kitchen. My kids think I have cool taste in music therefore I’m forgiven my dad dancing, and so Hot Chip are forgiven by me, as any points they lose to dad dancing are undoubtedly more than made up on the cool point board due to the sheer amount of great songs the band have under its belt.

The last time I saw Hot Chip live was in 2008 on the Made In The Dark tour, and to be fair as much as I loved the band, live I found them to be somewhat lacking. The 2019 Hot Chip set up sees the bands live set up bolstered by two additional members, and it’s a makes for a wise decision. The band is now much tighter. The music comes over in a more direct and relatable way to their recorded counterparts, even if they’re somewhat deconstructed and reconfigured such as with the case of And I Was A Boy From School, which drops down into a slow jam before speeding itself back up and merging with new track Spell to dazzling effect. 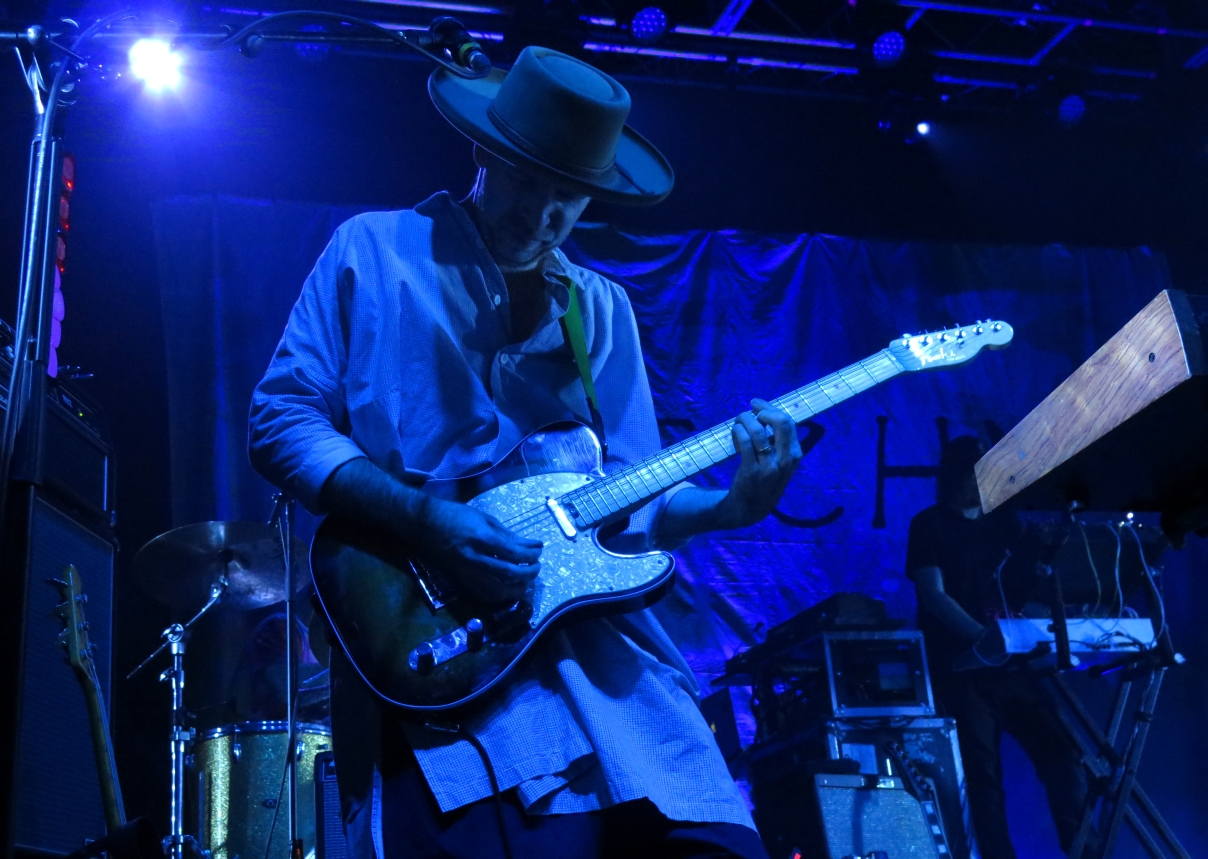 It’s this bolstered sound that also aids one of the most surprising tracks of the night, a seemingly random cover of the Beastie Boys classic, Sabotage. On paper a cover of a song so unique to its creator could be perhaps an unwise choice. However, by playing it straight and sticking to the original track’s template, Hot Chip knock out a thunderously abrasive rendition that shows they can play hard when they need to, before mellowing back down somewhat to close the set with 2010’s classic Balearic tinged I Feel Better.

Hot Chip are at the top of their game at the moment, and they have proven once more that they’re undoubtedly one of our most treasured musical gems.