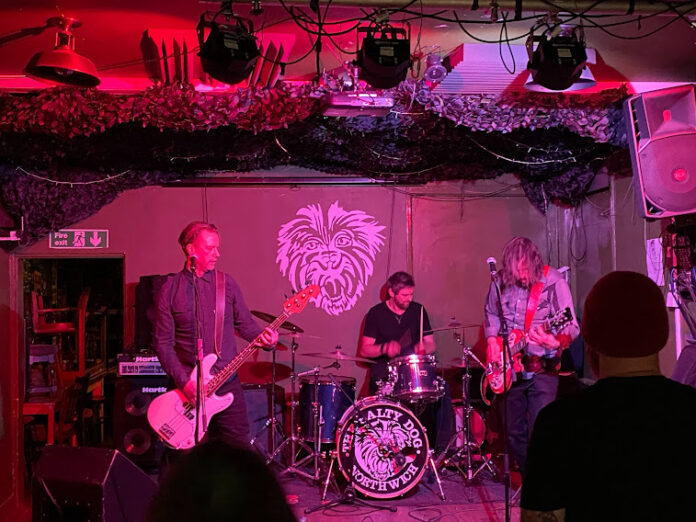 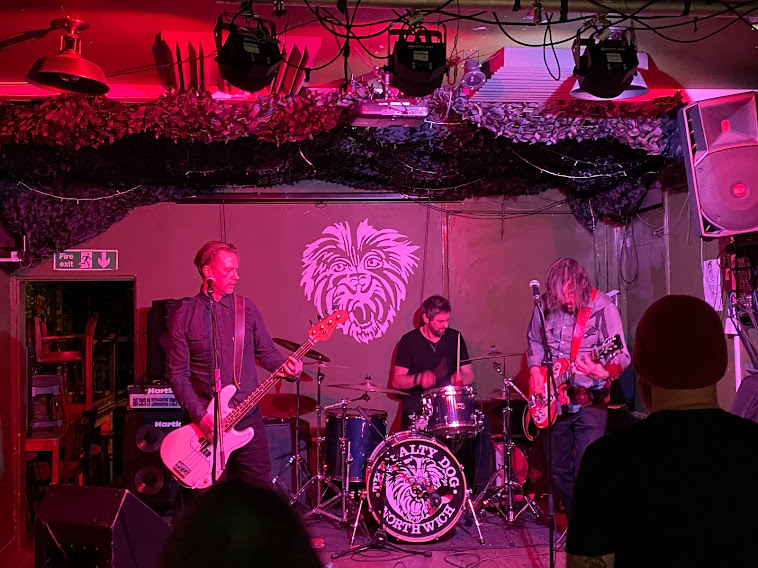 Horsemeat hit Northwich for the first time with their bag of sonic noise, joined by Bournemouth punks The Crash Landings and Ewok, making his debut on guitars with vitriolic Mossley punk poet Patrick Davies. It’s a loud as fuck affair as Wayne AF Carey discovers…

It’s a cold night in Northwich as I head down to The Dog for a mixed night of raucous, hip hop, punk and grunge that will surely warm us all up tonight. There’s a big gig going on over the road with the mighty Deja Vega and A Guy Called Gerald hitting the decks so I’m unsure how this is gonna go down, yet I’m here for the new grassroot bands that are slowly creeping up on us unawares, entering a brave new world of glorious noise courtesy of Horsemeat and friends. 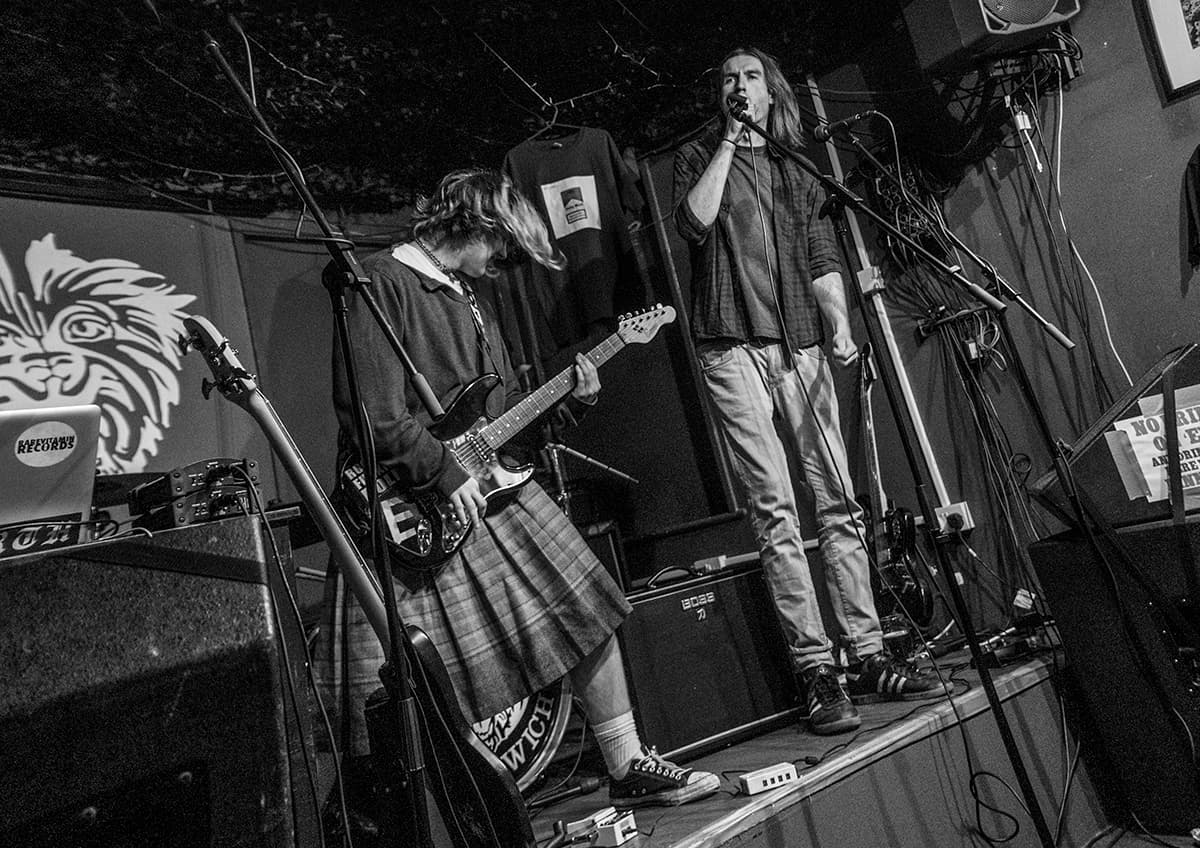 Ewok & Patrick T Davies are no strangers to this venue. Ewok has teamed up with Patrick before and they have this kind of bond that’s starting to grow even more since I last saw them collaborate back in January 2020. Ewok starts off proceedings with a squelching hip hop mix of the highest calibre old skool breaks and beats before we bare witness to what happens next. Ewok has evolved from being a DJ and now cranks up the level on bass and guitar for a cracking set mixed with Patrick’s vitriolic wordplay which flows as usual, starting with a bruising version of Bulls On Parade cranked up to 11. They perform like veterans, bouncing off each other with Everybody’s At It, plus a new one CSHR which has a killer bass line throughout. We then get a bit of Public Enemy in the mix before Patrick launches into the brilliant Boris baiting Never Mind That Isn’t He Charming, followed by his masterclass spoken word of Agenda Bender which still sounds clever and has us all laughing. A future maverick duo to keep an eye on. 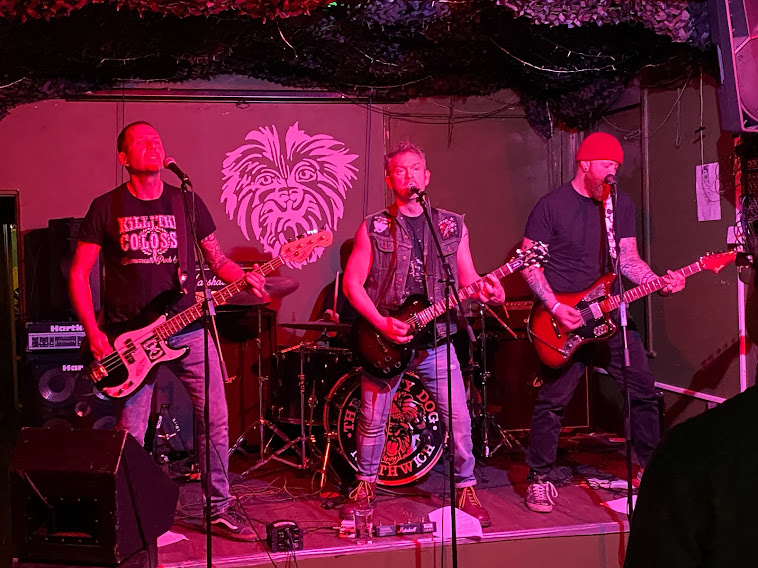 The Crash Landings have made the long journey from Bournemouth and they don’t show it. They all arrive at the venue in a fine mood and get ready for a rollercoaster set of classic punk that we’ve all been waiting for. This is a no nonsense no holds barred set of rock n roll punk that has stepped forward from the previous album which had more of an Oi! leaning. I’m not saying they’ve stripped that layer away though as the band swap vocals on tracks like Gold with Ben, Riot Song with Seb and What Goes Round with Ant. It works well as the set is a riot of different directions from the punk Fab Four as they twist and turn with their pack of trump cards and vintage knowledge of traditional punk rock n roll. They’re a band where you don’t need to know the tunes as they rock that much and keep you entertained. Higgy on drums keeps the whole beat going by pounding away like fuck at the back and keeping the pace alive. A cracking set from the South and contenders for a slot at Rebellion. 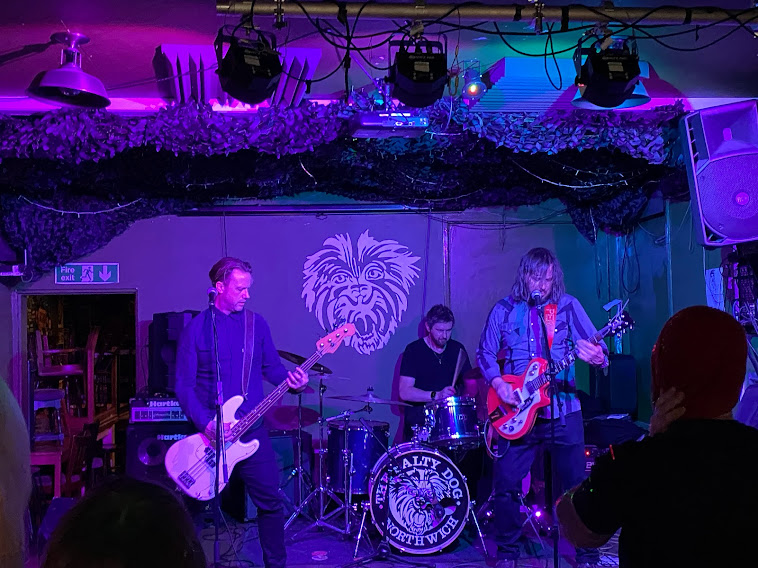 Horsemeat are on a roll at the moment. Five singles in and now on the live circuit they know how to pack a punch. Another three piece that produce the noise of a small jet engine on full throttle. Sounding mammoth with the attack of songs like the excellent Huffing The Filler which cascades around the walls, a thumping Opulence which strikes a chord and packs a massive punch. New single Shame sounds great live with that slow hard hitting sludge that rocks out like fuck. Queue Jumper is another shit kicker full of powerful punk grunge as is the greatly titled Jibber Jabber. Bert, Rob and Lewis are not messing about and their large sound is getting larger especially with tracks like Rusted that can slam you into submission. There may not have been a large attendance tonight but you know you are leaving this venue with a sense of witnessing three class acts that are on their way to bigger things. Where else can you catch a mix of hip hop, spoken word, classic punk rock n roll and one of the future leaders in this punk grunge wave that’s hitting the streets? A memorable, intimate but loud night…