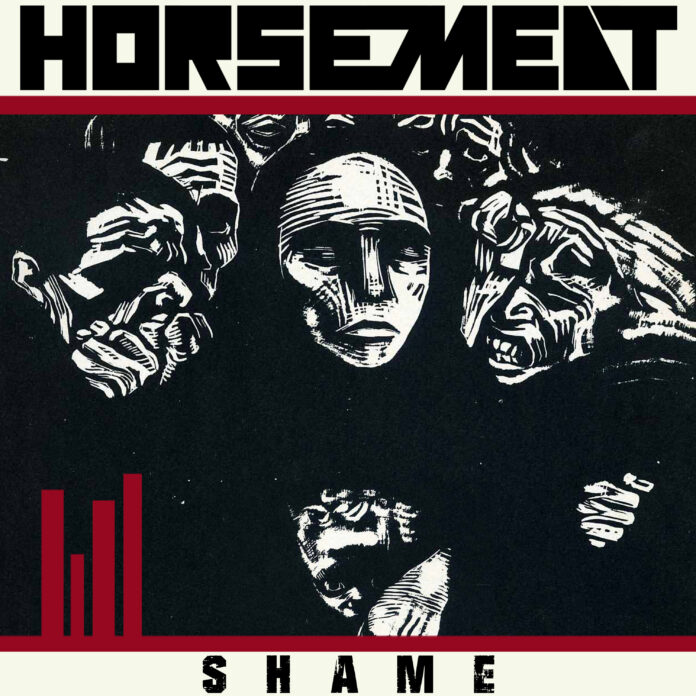 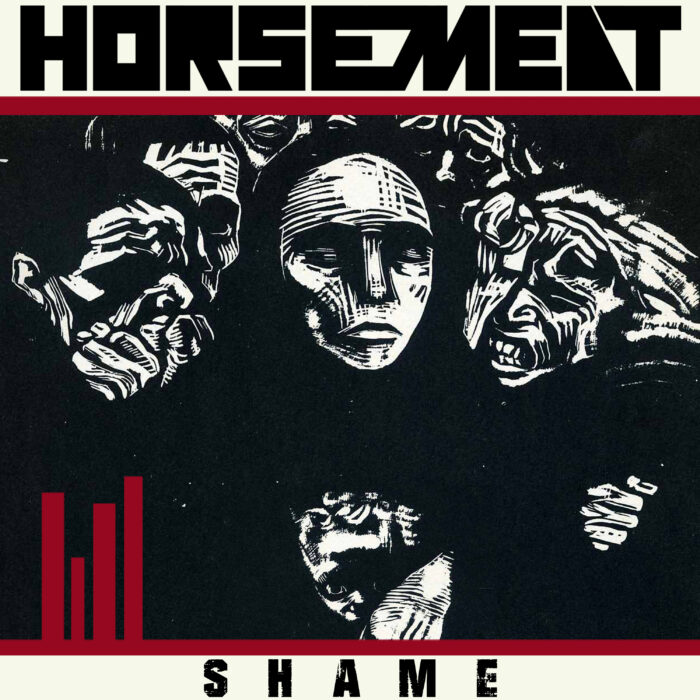 The finest purveyors of ‘Prunge’ from Altrincham, Horsemeat have cranked it up once again under the trusty production wing of Simon ‘Ding’ Archer with a crunching new single Shame, with a video to match that oozes dirty sludge grunge that rocks, plus yours truly will be showcasing the lot with a single launch at The Salty Dog, Northwich on 4th March. Read on.

Louder Than War have backed Horsemeat from the start. Why? For one – they are loud. For two – each song takes a new twist, from the punk grunge sounding debut EP Falling Deep hence the band labelling themselves ‘Prunge’, to the punch in the face 90 second blast of Opulence, the sludge filled cocky swagger of Jibber Jabber, followed by the hard hitting grunge riffs of Rusted. Are we ready for a debut album or what? Oh yeah! Shame is a slower number than previous songs yet doesn’t let up with the raw power of fierce whomping riffs that sound gigantic in scope and can contend with any of the grunge punk metal big guns on the larger stage.

The band state: “Shame takes aim at the gullible and the thoughtless. The people on our friend’s feeds who share memes and articles from dubious sources without checking their facts first. It was initially inspired by Trumpian style politics and stories of Cambridge Analytica, but the song took on a different meaning in the Pandemic era, where alternative facts and confirmation bias now dominate social media.”

The track is a low-fi sludgy master-class in the same ilk of the bands Failure and Helmet. The song was recorded by Simon “Ding” Archer at 6Db Studios in Salford and mastered by Nick Zampiello at New Alliance East in Boston, MA.

If you get the chance, try to catch them at the smaller venues whilst you can as they’ll be stepping up big time soon, sounding as monstrous as this. 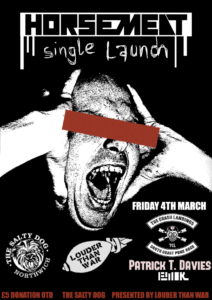