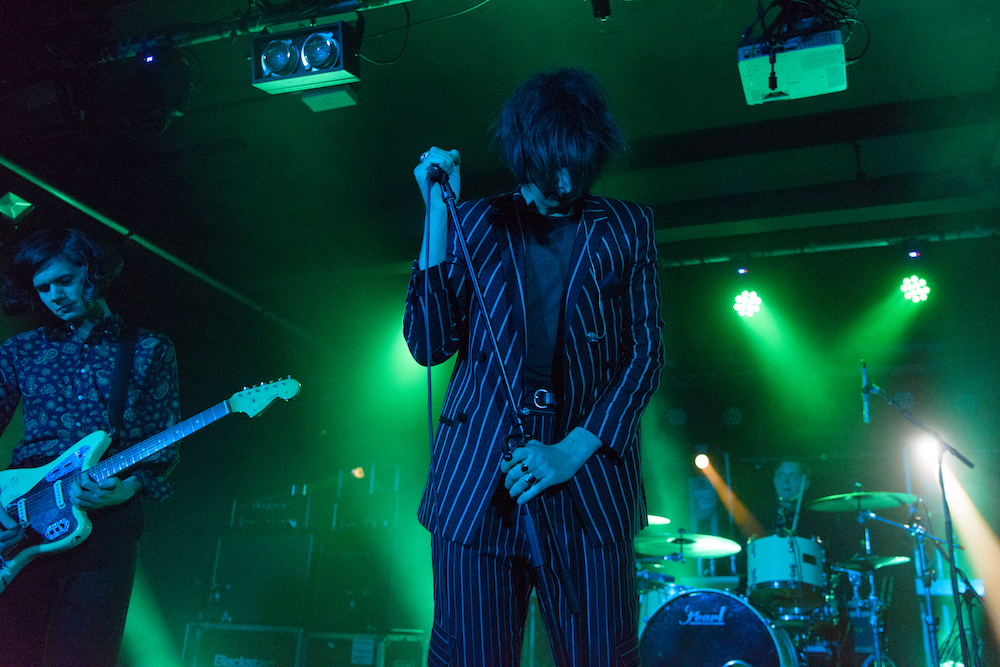 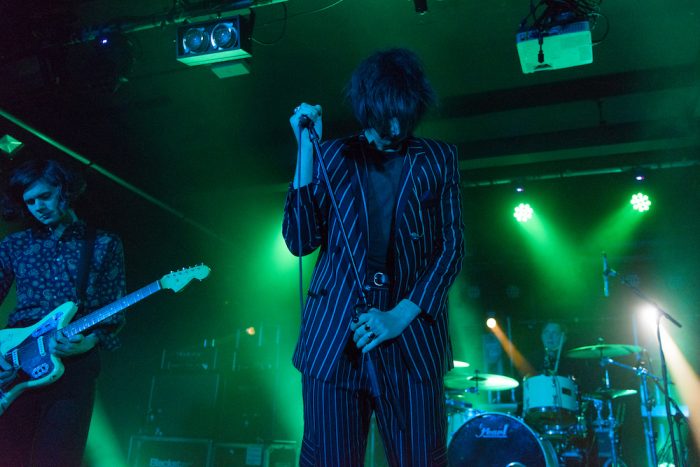 A set that has a bit of everything from The Horrors, steeped in darkness and smoke we’re left to marvel at their silhouettes!

As the smoke bellows up the stairs from the basement venue, we’re already concerned for the visibility within the venue. Its particularly low ceiling always makes for a claustrophobic experience at best, but tonight The Horrors are set to take over Newcastle University’s Basement. Baba Naga are first to make an appearance though, the deep hum of the bass and the stabbing riffs of their set are significantly heavier and darker than tonight’s headliners.

That said, as they thrash around the garbled lyrics dissipating into the air of fuzz, its an aural assault of epic proportions. The complete opposite to that of The Horrors but one which is universally appreciated by their crowd. The wall of bass and drums is peppered from time to time with these sharp bright riffs, but the pale in comparison to the sheer weight of everything else. It’s an impressive set though from Baba Naga and sets the stage perfectly for The Horrors.

Tonight they initially appear to be on top form as Faris and the band explode on to the stage, thrashing around through a raucous version of Hologram from their latest LP V. This fervour and enthusiasm carries the band through the first few songs of their set, with the likes of Who Can Say and In And Out Of Sight proving early crowd favourites. However, the middle part of the set seems to lack the initial ferocity.

Mirror’s Image and Weighed Down really seem to lower the tone of the set, the enthusiasm has all but disappeared and that thrashing round that we experience early on is all but gone. With the amount of haze filling the stage the band become almost impossible to see now as their movement is somewhat limited. For a time we may as well be listening to their record.

That said though they revive their set in the latter part with Press Enter To Exit and an emphatic sing along to Still Life which closes out their main set. They continue with Ghost and close on Something To Remember Me By, in all though it is an up and down set from The Horrors from early highs and excitement through a particularly turbulent patch before pulling it back at the end.