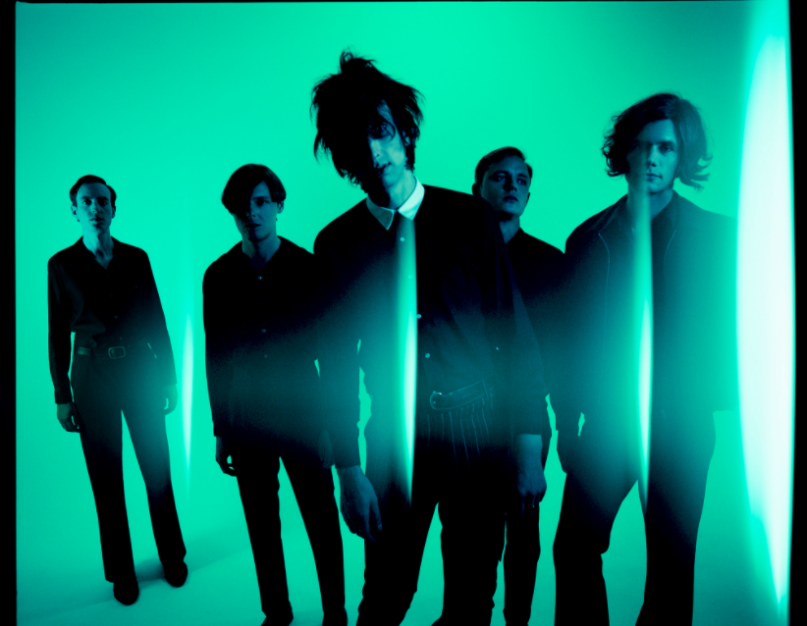 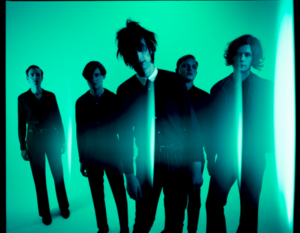 Opening for an act of The Horrors’ stature the night before they break their three-year studio silence with new album V would be a daunting prospect for most bands, but not for London’s SAP (it means Simple Ass People). The trio emerge confidently and swiftly resolve to kick out the jams, unleashing a heavy blues attack that frequently morphs into a psych swirl halfway between early Pink Floyd and the cosmic riffage of Bo Ningen. SAP’s songs don’t always match their muscular musicianship, but they make an impressive noise and are well worth keeping an eye on.

After an extended burst of Bowie’s Low has reset the musical dial to beautiful but chilling, the five shadowy Horrors emerge, all in black apart from imposing frontman Faris Badwan, whose natty crombie and red ‘kerchief combo is set off by the fearlessly skin-tight gold lamé top he wears beneath. It’s a relief to discover that despite the smoothing of the band’s sound on their last album Luminous, which saw Tom Cowan’s eerie Joe Meek keyboards replaced by layers of pristine ’80s synths, they haven’t lost their unique ability to lurk with suavely dishevelled menace, visually at least.

With barely a word from the band, V’s monumental first single Machine clunks immediately into life, and while its sheer weight is impressive, the shifting textures of the song are lost here thanks to a live mix that reduces its vast, tectonic power to sludge. Fans’ favourite Who Can Say also seems to fall victim to a technical hitch, with an unsure Faris’s vocals barely audible and the band apparently playing multiple tunes at once, creating a bewildering clatter that leads to a muted audience response.

Fortunately the situation improves as the spiralling keyboard intro to Mirror’s Image kicks in loud and clear, followed close behind by enormous, woozy waves of guitar from Josh Hayward. The crowd reacts positively and, with the exception of the still-awkward Faris, the band start to look like they’re glad to be here, relaxing into their roles and losing themselves in the hypnotic, circular surge of sound.

As the blissful distortion of Sea Within A Sea fills the room the mood switches to euphoric. However, it’s 2011’s Still Life, the band’s most successful single to date, that triggers a forest of phones and a kerfuffle as grinning fans surge to the front.

The set closes with new track and instant classic Something To Remember Me By, a glorious throb of a tune that finds our heroes channelling peak Human League (think of the majestic Seconds from1981’s Dare), and which swells to a spine-tingling crescendo just as they cross the line, Faris finally hitting his stride and singing his heart out during what becomes the night’s most exhilarating moment.

A decade after they first burst on to the scene in an explosion of gloriously unhinged garage rock, The Horrors may have refined their retro-futuristic sound, but they still possess the ability to thrill and surprise us. Long may they lurk.