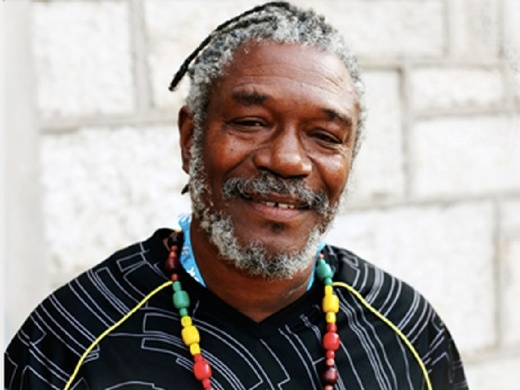 Part of the Bristol music fabric due to being an essential part of Massive Attack, reggae legend Horace Andy’s unique quaver has resonated afresh over the past few decades. The Studio One singer has appeared on all of Massive’s albums since their debut Blue Lines in 1991 and this purveyor of roots rock reggae, dancehall and lovers styles never fails to please.

Tonight, this most favourite of Bristol’s reggae imports has the solid backing of The Dub Asante Band to push his vibrato vocals over a packed crowd, thankfully air-conditioned to the hilt as the streets swelter outside.

They presciently warm up with a trombone-led theme to The Godfather as the build-up to this particular reggae godfather’s appearance. And on he bounds, resplendent in red, bouncing on the soles of his feet like a man half his age, dreads flailing.

As sprightly as anybody in the audience, Andy high steps and jogs to the more upbeat numbers, playing the old reggae game of rewinding after the start for a few numbers and starting the song again. This old skool ploy is part of his performance and hasn’t changed over the years, but then ultimately HA is an old school reggae man and consummate performer with a soulful golden voice which carries the rock-steady and ska-infused tunes perfectly. 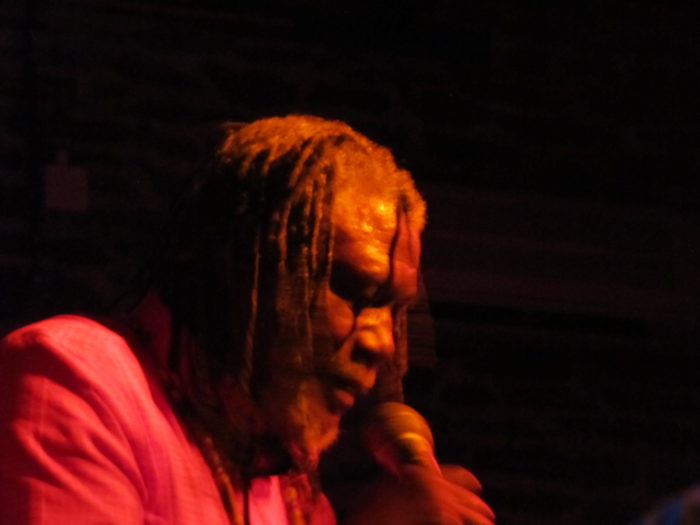 As always, he goes through a set of favourites with the Massive number Spying Glass at the start and his own version of Hymn To The Big Wheel as part of the encore. The blistering trombone and belting rhythm section of Dub Asante propels the music along through gems from his extensive back catalogue: the lovely Man Next Door with it’s “In my neighbourhood…” chorus, Money Money Money, a storming Zion Gate and Cus Cus, and of course his most enduring hit, Skylarking.

Amidst the scattershots of dub and the roots pulse, a beautiful Ain’t No Sunshine also stands out, and he ends with the insistent lilt of Leave Rastaman Alone and an acapella Angel.

Out into the humid night air we drift, the Horace Andy quaver still ringing in our ears. His nickname might be ‘Sleepy’ but he’s woken us up for sure…

You can keep up with news of Horace Andy on Facebook

All words and photo by Elfyn Griffith