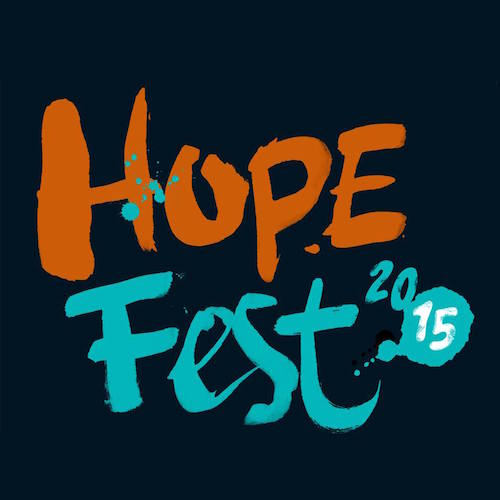 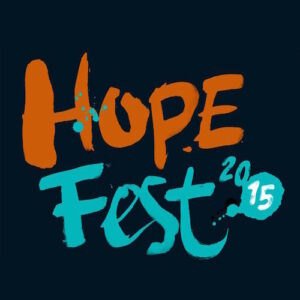 Homelessness is something that most people believe will never happen to them, yet it can be surprisingly easy to find yourself sleeping rough. For many, the loss of a job in the current economic climate, the break-up of a relationship or an escalation of a drug or alcohol habit can mean losing your home. Once people are on the streets, it can be difficult to find a way back into mainstream society. Thankfully, there are many charitable agencies willing to give people that vital first push, so that a homeless person might reach the first rung of the ladder back to a more stable life.

Last year saw the culmination of much hard work done by Anna Grace Henney to realise her ambition to stage a music festival run purely to assist those living on the streets by giving donations, not of money, but of items they desperately need. 2014 saw the first Hope Fest, a festival where a donation of a can of soup or a T-shirt would get you into a venue and a pack of specified items would get you a wristband for the whole event.

Even the founder could not have anticipated the success of the venture, which started as a one day event with a few venues. Hope Fest 2015 will take place in 15 venues (13 in Liverpool city centre, one on Lark Lane in Liverpool and one in Southport) over the weekend of 18 – 20 September. With beneficiaries such as Whitechapel Liverpool, Crisis, The Big Issue and The Basement Advisory Centre, the donations are sure to go to those who deserve them most. There will also be other benefits, such as the provision of work experience and skills training for the homeless in areas such as stage management and artist liaison, which aim to rebuild confidence and self-esteem to help homeless people re-integrate into society. There will also be training for the general public on how to deal with the issues homeless people face and how to interact with them at such a difficult time.

The response from bands offering to play at Hope Fest has been staggering. The submission process had to be opened for a further week, as so many people were asking to be included after the submission window had closed. Much of the talent is home-grown, but bands from further afield have been kind enough to donate their time. With bands such as Alias Kid, Black Seasons, Beatnik Hurricane, The Jackobins, Go Fiasco, Steve Thompson and The Incidents, The Science of the Lamps, Creeps, Killafalw, Choc Electrique, Sheepy, Mersey Wylie, Antidotes, The Mono LPs and Black Neon Knights amongst the 190 on offer at the festival, the event offers some superb music.

During an interview I recently had with Anna Grace Henney, a talented singer/ songwriter in her own right, she spoke of how excited she was to have such ‘fantastic’ bands playing at the festival, with Black Seasons, Xander and the Peace Pirates, Western Promise, Beatnik Hurricane and Alias Kid as some of her own must-sees for the event, although she stressed that there were too many bands she wanted to see for this to be an exhaustive list. My own picks include Go Fiasco, The Jackobins, Steve Thompson and the Incidents and the Mono LPs. I would definitely add Sheepy, Antidotes, Creeps, Choc Electrique and The Soul Rays to that list, but again, the event has something for everyone and the main problem is getting from venue to venue in time to experience the sheer amount of talent on offer.

Time has also been set aside for the homeless or those who have experienced homelessness to play. The Choir with No Name and Crisis’ resident band are playing, as well as other acts who have been unfortunate enough to find themselves without a roof over their head in the past, making this a truly inclusive event that tries to bridge the perceived gap between mainstream society and those on the streets. I hope to be able to see at least some of those who have overcome adversity to become such valuable and talented performers.

Wristbands are available in exchange for a ‘Hope Pack’ which needs to include 5 items from the following list:

– Jumper/hoodie (can be second hand but must be in good condition. Smaller sizes preferred)

– Multipack of socks (must be new)

– Multipack of underwear i.e. boxer shorts or knickers (must be new)

– Multipack of bars of soap

– Multipack of non-perishable food (such as pasta, tinned foods etc.)

Alternatively, for a weekend wristband you can donate a voucher to the value of £15 from one of the major supermarkets (Tesco, Asda, Morrisons, Sainsbury’s)

The following venues are currently running the wristband exchange:

Single venue access can be obtained by donation of one item.

Further information is available at:

All words by Roxy Gillespie, find her Louder Than War archive here.