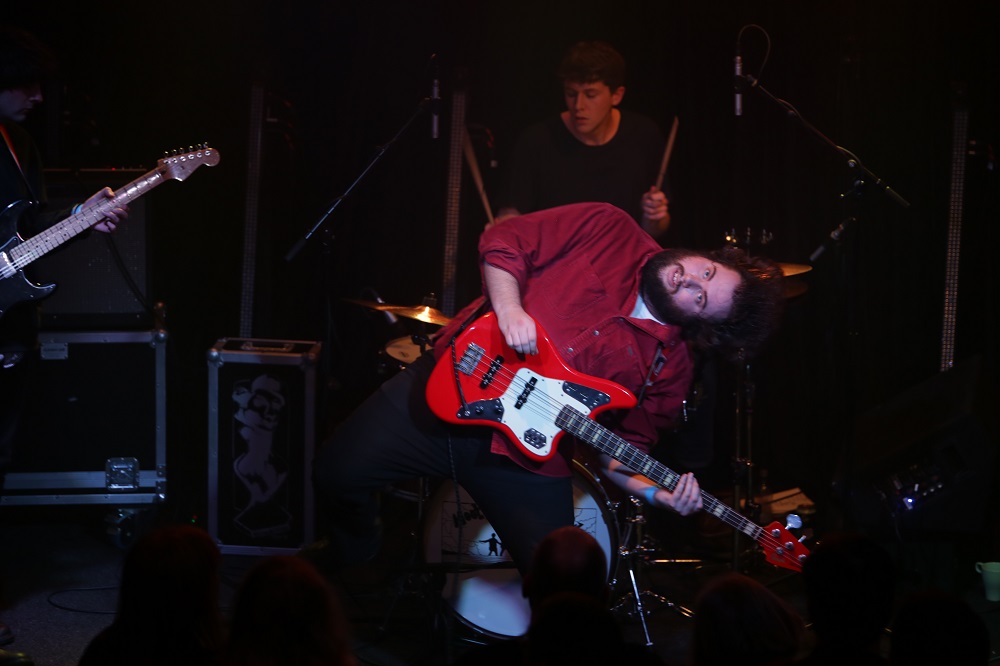 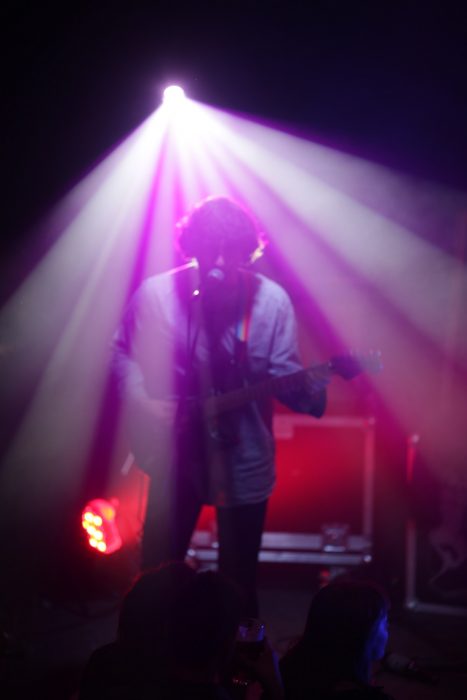 It’s not often crowd banter focuses on just how Scouse a band is but as Hooton Tennis Club point out they’re actually from  Chester so don’t even qualify as plastic Scousers.

In fairness their ear for a tidy pop tune suggests they have looked up the M56 to Merseyside for their inspiration, and Meet Me at the Molly Bench Branch, from second album Big Box Of Chocolates. is a tasty statement of intent where you can hear the influence of indie pop genius Edwyn Collins who produced the new record

Tunes from their second Heavenly album have been rightly been on constant rotation on Six Music, so it was smart to throw the tuneful Katy-Annie Bellis early on. The song was insipred by singer Ryan Murphy’s former flatmate, and the lovely Katy-Anne was in the audience to have the song dedicated to her which gave everyone a warm glow inside.

They first album Highest Point In Cliff Town was one of those really clever pop records that slipped by the public –  although god knows why when it has quality tunes like Up In the Air which the band really nail tonight.

Early gem Jasper gets a welcome airing as the band note that drummer Harry Chalmers recorded his part in his bedroom with a single mic hanging off fhe wardrobe, but as Murphy pointed that DIY version ended up as the single.

It’s not any band that puts their bass player out front and centre stage, but you have to love Callum McFadden as he manically pulls outrageous shapes as well as anchoring a blissful Bootcut Jimmy The G

Katherine who was the inspiration for the oddly titled Katherine Sat On the Arm of Her Favourite Chair is is also in the audience but the band decide not to dedicate the song to her, but she doesn’t seem arsed as she bops along.

A robust rendition of  Always Coming Back 2 You shows the real strength in depth of their songwriting  and it well worth checking out the video direct by former Mary Chain bassist Douglas Hart.

P.O.W.E.R.F.U..L P.I.E.R.R.E does what it says on the tin as the band chant the punchy chorus safe in the knowledge they have delivered on a weekend at the Trades that is solely dedicated to celebrating all the great things about Heavenly. With a well-received new album and confident  live shows like this the Hootons have now stepped up to take their rightful place as yet another quality Heavenly Records signing.