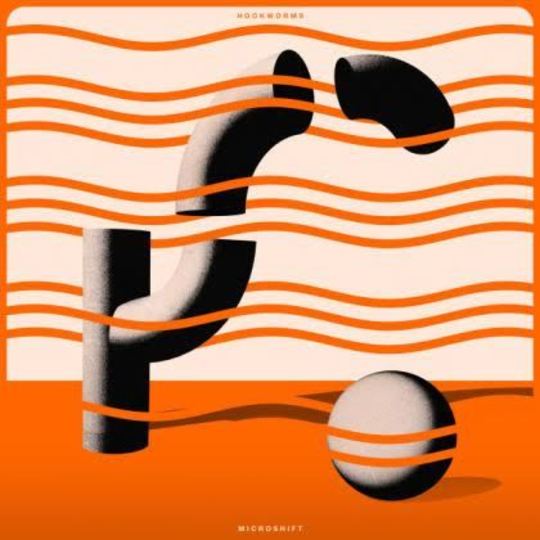 The whole ‘difficult third album’ thing is supposed to be about reaching a creative crossroads, or about confidence crises born of the anxiety that you’ve exhausted your best songwriting ideas in making your early albums. It’s also a bit of a cliché. The genesis of Microshift, however, does sound really bloody difficult, yet what they have produced is testament to their Yorkshire grit and how, three albums in, Hookworms truly embody the resilient strength of the human spirit.

Their Leeds studio, Suburban Home, disappeared under the rising River Aire in 2015. The effect of a couple of metres of silted river on merchandise, mixing desks and instrumentation, unless your name’s Muddy Waters perhaps, is likely to evoke melancholy to say the least. As well as Hookworms’ HQ, it constituted lead singer, Matthew “MJ” Johnson’s livelihood. It’s well known, especially through the lyrical contents of Pearl Mystic, that MJ had 99 problems, but up to that point, epic flooding wasn’t one. Mental health battles were, and still are an everyday reality.

Fortunately for Hookworms, a similar flood of generosity, in money, time and practical assistance, helped Suburban Home back to its feet and, three years on, we have Microshift. Naming your band after something parasitic that bites onto your intestinal wall and sucks your blood is a reasonable hint towards the kind of gutsy music you’re going to make. In this case, they’ve taken more than a minimal shift away from the psych-rock of albums Pearl Mystic and The Hum into a visceral synth-rock symphony.

Negative Space opens the album with the awkward alienation of incomprehensible vocoded sounds, as if you’re being harangued by Vic Reeves in a Shooting Stars club style. It has a quiet-loud-quiet structure that swells in its mid-section with church organ block chords, creating an elating uplift. Yet lyrically, the narrative is still in that negative space, singing, “I still hear you every time I’m down.” It’s this bittersweet acknowledgement that life can be beautiful, but it can also give you lemons. Attached to a cricket bat. Then applied to the back of your cranium. Several times.

Static Resistance confirms that there’s “Nothing wrong with being fragile,” in a stratospheric PSB/Inspiral Carpets hybrid. Ullswater evokes the more krautrock side of Kraftwerk. Its grandeur matches the geographical splendour of its watery namesake. The Lake District Tourist Board ought to be after an instrumental mix for promotional purposes. The one track that does document the big flood is Boxing Day. It is brief, palpitation-inducing and dystopian, yet cathartic, especially in how it simply cuts into the next track, the ethereal, new-agey Reunion.

The final track, Shortcomings, is an upbeat admission that we may suffer our demons, but we can live with them, and do so well. “I’ve found a way to love the world,” sings MJ. And for those of us who haven’t, he reassures, “Hold out. It’ll come.”

With Microshift, Hookworms have definitely got their teeth into 2018 and the burdensome psyche of modern living.