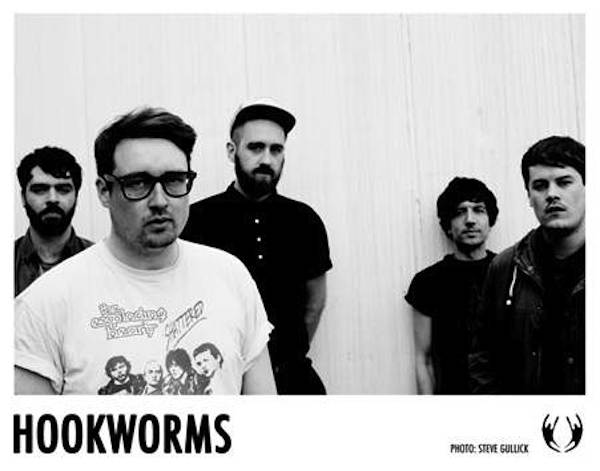 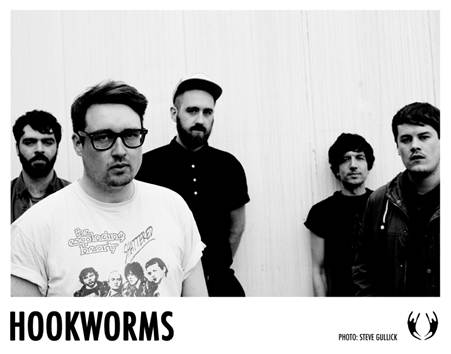 Hookworms have today announced that The Hum, their new studio album, is due for release on Monday the 10thof November 2014. The Hum comes eighteen months after the band’s debut album Pearl Mystic – a record that ended up in many an end of year list that year including our own! Full details plus audio for a track off it below.

We’re told the album will be

“…even more ferocious and uncompromising than its predecessor and yet more melodic and focused than the band have ever recorded, The Hum further cements the band’s status as a vital force in British independent music.”

“The Hum takes the blueprint of Pearl Mystic – proto-punk, garage rock, Washington DC hardcore, 80’s British spacerock – and further stamps it with the band’s seal. Leaner, meaner and more propulsive thanks to the muscular playing of new drummer JN, the record boasts both the most straight-up punk song the band have written to date in eviscerating opener ‘The Impasse’ (“we wanted it to sound like Suicide if they had a full band”, explains MJ) and moments of patient, widescreen beauty only hinted at previously.”

“We were writing Pearl Mystic to an audience in the same way your diary has an audience. It’s written to one but if no one ever reads it that’s not a big deal. This time round though we knew we had a really clear audience, so The Hum is really about different freedoms and constraints – withPearl Mystic the possibilities were almost too vast, this time around we had a much clearer idea of what the record should be like and that became freeing because we didn’t need to worry about its direction so much.”

Meanwhile tha band’s MJ says this about how the sound of the record is more quintessentially “Hookworms” than any of their previous releases:

“It’s like that bit on Fugazi’s Instrument documentary where Brendan Canty says that a jam they’ve got sounds ‘good, but not Fugazi’ ”, – “we sound more like Hookworms rather than anyone else on this record.”

The Hum will be available on vinyl (WEIRD040LP), CD (WEIRD040CD), and digitally (WEIRD040D). There is also a limited pressing, deluxe edition of the album (WEIRD040LPX), featuring a die cut sleeve, 180g heavyweight transparent vinyl, a bonus 7” with new tracks and MP3 download . Pre-order The Hum via Weird World or iTunes.

The tracklisting for the album, along with some live dates, can be found below this visual / audio for new track Impasse:

Hookworms will be playing the following shows this autumn: