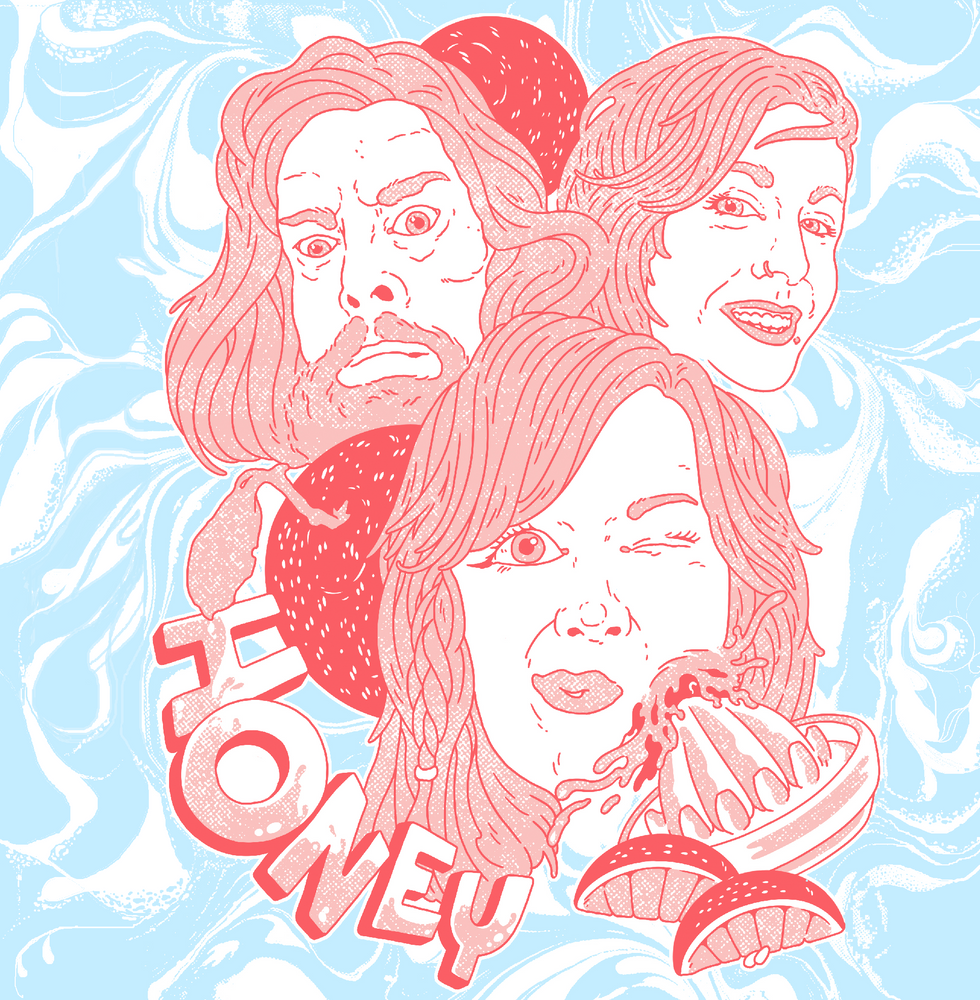 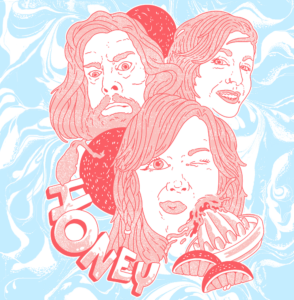 Honey bow out with rocking EP.

In 2015 Honey released a storming debut LP, Weekend Millionaire, which picked up rave reviews from ourselves and Vive Le Rock to name but two. Anticipation was high for their sophomore album but, sadly, earlier this year the band called it a day. Thankfully, before guitarist Sarah Tyrrell, bassist Ele Lucas and sticks man Tyler Ireson finally put Honey to bed they have released one final rocket of rock n roll mayhem from the vaults. And it’s a fine epitaph to a great band.

Honey always delivered West Country grunge with true rock spirit and opening track, Manual Juicer, sets the scene with an upbeat guitar rhythm, hard kicking bass and drums, and sweet vocals with a great chorus hook. It’s a real feel good number. Her Master’s Voice is heavily influenced by Nirvana. It has a slow burn start, a laid back, dreamy feel to it, that is always threatening to explode, but the restraints are on. It’s a languid night time absinthe type of evening song. A melancholic reverie of the best and the worst of times. It’s a beautifully crafted song, conjuring up images of loves and disappointments. Try Hard begins with a mother fucking beast of a bass that growls and rumbles like an escaped beast from hell. The song has a punkier feel and the vocals, here sung by Ele Lucas rather than Sarah Tyrrell, are more sneering. The guitar solo shimmers and feedbacks off into the stratosphere. Bored Without Me starts with a drum intro and builds up with the guitar coming in like razor slashes. It has a grungy feel with seductive, slinky vocals. It’s a song attacking self-absorption and the culture of what the media consider beautiful.

The EP winds up with King of California, a song that reminds me of Red Hot Chili Peppers and Queens of the Stone Age. The bass and drums have a funkier feel, with a staccato guitar sound. It’s a song that has the sound of a classic driving song through the Badlands of America, on the way to the heaven or hell of California. It sounds like the sun beating down on the crossroads where all deals are made with the devil, who wears the smile of a King of California. It has a great ending with the music building up and each member adding their own layers to the sound. As the last notes fade, Honey never tasted so bittersweet…

Whatever Sarah, Ele and Tyler do now, here’s hoping they still create great music, even if the path of rock n roll has many victims. As the lyrics in King of California say it: I’m following my heart, she’s a bad driver…