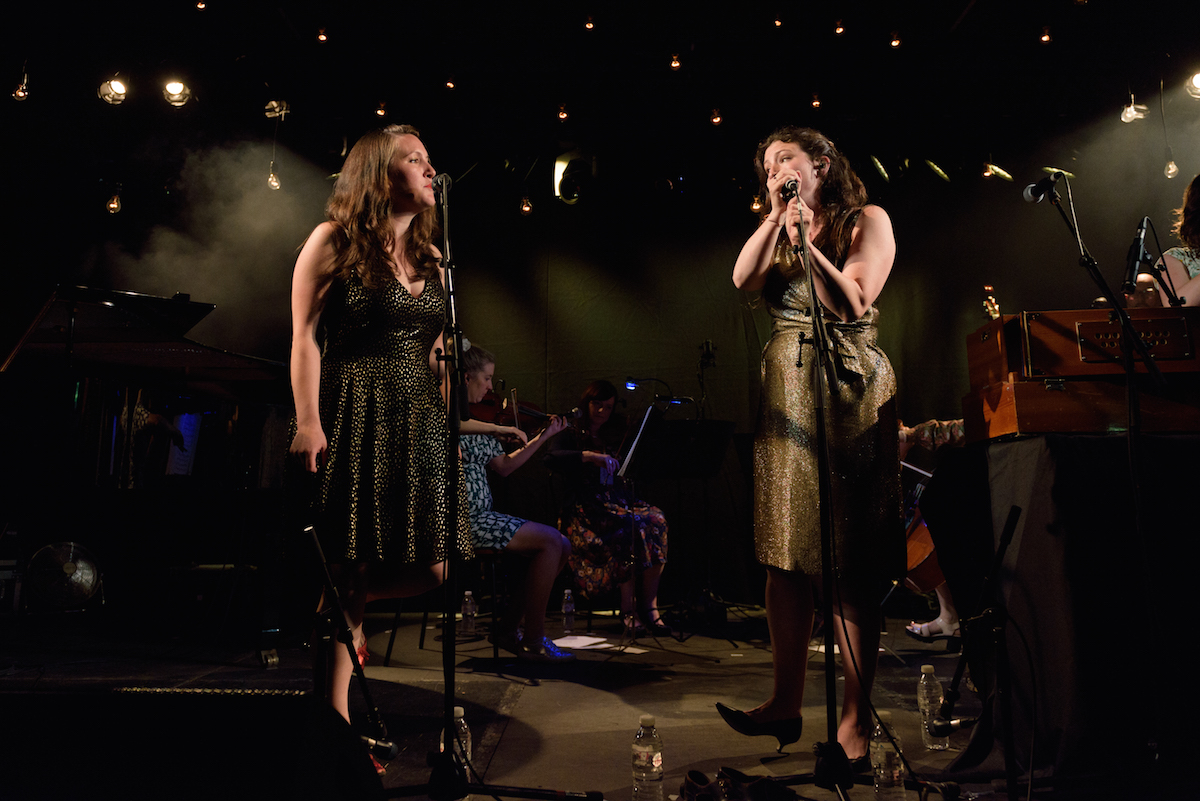 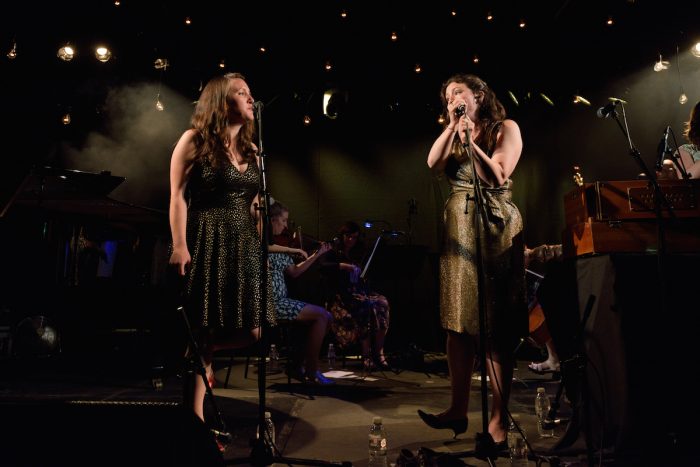 The Unthanks curate an incredibly eclectic line up, from exciting party bands to the best in folk and classical this weekend has it all!

Now in its second year, The Unthanks have once again curating an eclectic bill containing some of the finest artists around. They’ve also added an opening evening, which features two incredible acts in Richard Hawley and the North East’s favourite sons The Young’uns. Even with a last minute change of venue the expectations are still incredibly high, fortunately Home Gathering indefinitely lived up to the hype. 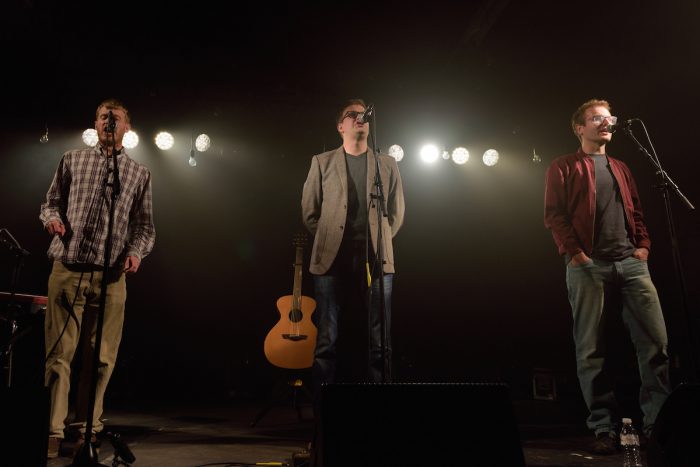 As The Young’uns open the festival on the Friday night, everybody is in particularly high spirits, and they only strengthen the jovial atmosphere. They turn from vocal trio to stand up comedians at the drop of a hat, with songs about the EDL and quips about UKIP it provides a hilarious start to the evening. However, lets not take anything away from these guys though as their sea shanties and local folk songs are equally brilliant. The perfect way to start any festival.

Which is compounded by the evenings headliner Richard Hawley who acknowledges the trios comedy talents as well as their singing talents. He goes on to put on an incredible show, despite the baking heat inside the warehouse Hawley’s jovial mood continues with the joyous atmosphere. His hit laden set provides numerous sing-alongs Tonight the Streets Are Ours and Just Like The Rain prove to be particular favourites with this packed crowd. 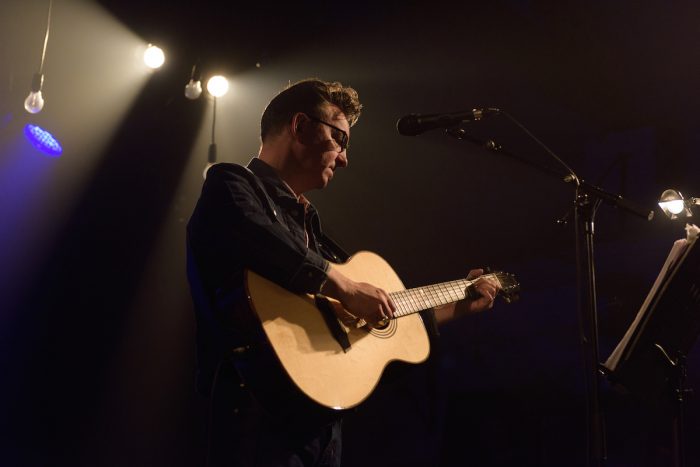 Hawley also provides an equal dose of comedy, with his anecdotes between songs adding a truly exciting and uplifting feel to the festival. This atmosphere is continued and broadened right through the second day of the festival, the wonderfully eclectic line up means it’s a must that we arrive early. The Unthanks have a wide appeal with their own diverse sound they’ve once again creating an exceptional line up.

As we arrive Tim & Rhona Dalling are taking to the second stage and the crowd is already spilling out of the venue, their upbeat folk songs kick our day off in style. However, it is in the larger venue where the party really gets going with an exciting set from Hyde & Beast, their songs have everyone up and dancing. The likes of Open Your Heart and Keep Moving prove real crowd favourites, as the crowd continues to grow the party atmosphere heightens and Hyde & Beast set the bar exceptionally high so early on. 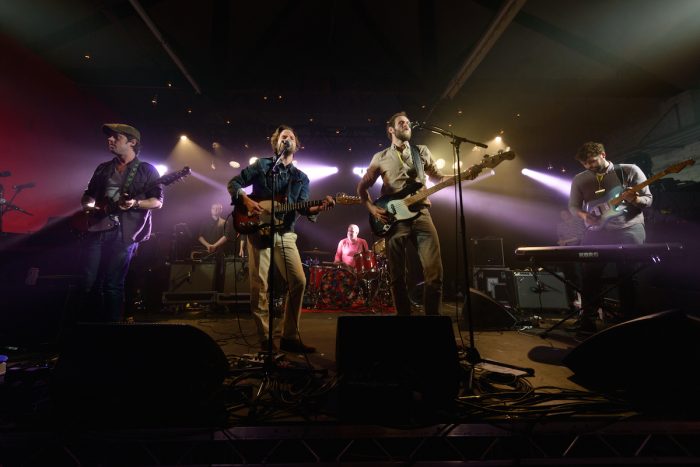 There is a distinct split between the two stages, the second stage has a focus on some incredible folk acts where the main stage is packed with real party bands. The Furrow Collective are showcasing their latest album Wild Hog and it is a truly beautiful set, perhaps not the most upbeat act of the day but they have everyone in the room well and truly under their spell.

The Moulettes seem to suffer from a lot of technical problems, but when they hit their stride they carry on the party where Hyde & Beast left off. Their cosmic folk pop is rather unique, the dazzling lights perfectly complementing their intriguing sound. Their boundless energy and passion rubs off on the crowd as they all join in with their eccentric sound. The eclecticism continues to leap out from this line up, as we move from the cacophony of The Moulettes to the downbeat tones of Cath & Phil Tyler. 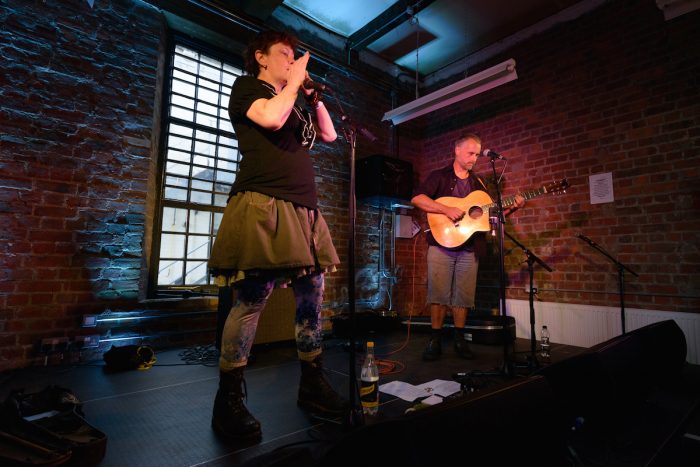 Again the second stage is brimming with anticipation for the folk duo, they open up with a particularly dark number. There is a real darkness to their set, it provides the perfect contrast to all of the excitement that is going on around them. The harsher atmosphere doesn’t seem to be for everyone but we find ourselves engrossed in the misery, there’s an unparalleled delicacy to their set it fosters a deserved attentive silence as they thrill us with their words.

The Liverpool String Quartet are next to take the main stage, as they bring yet another wonderful twist to this brilliant festival. They perform Steve Reich’s Different Trains to a stunned audience, this really is out of this world as the day goes from strength to strength. The eclectic line up just continues to truly astound everyone, this performance is one of the stand out moments of the entire day. 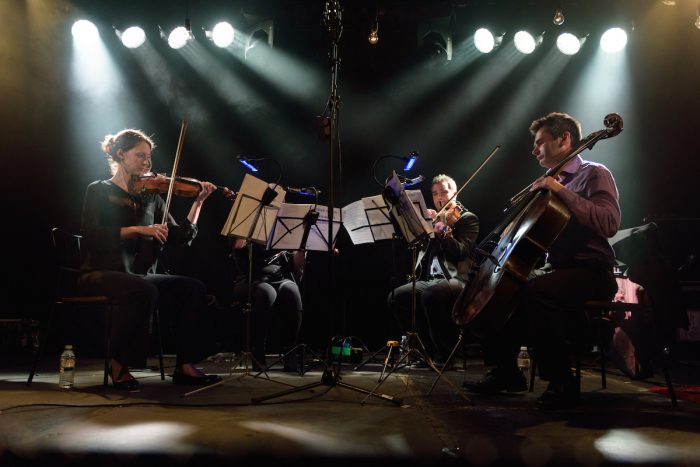 With the bar now set unbelievably high The Unthanks themselves have the tall order of following so many incredible acts, with the main stage packed the temperature is once again soaring. Yet The Unthanks rise to the challenge with a crowd pleasing set, they stun the crowd early on with an exquisite rendition of Madam. Following this up with the beautiful title track of their last album Mount The Air, their eclectic sound and individual style truly shows through. 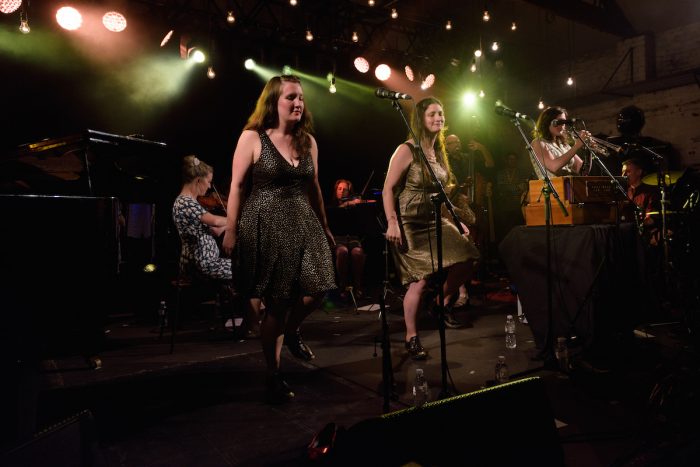 They combine so many exciting elements into their set, the clog dancing, their genial manner and most importantly their wonderfully complementary voices. The Unthanks are truly one of a kind, tonight against their own wonderful line up they truly shine. Yet proceedings do not end there, there is still so much more on offer. Unfortunately, due to some earlier delays Kitty Daisy & Lewis take to the stage late meaning we only catch the early part of their lively set.

Instead we find ourselves in the company of one of Newcastle’s favourite artists as the second venue is packed out for one final time. Richard Dawson is almost indescribable; he is one of the most captivating performers around. Tonight he starts his set acapella in the corner of the stage completely unamplified, the hushed crowd are left to pick up their jaws as he stuns them with his incredible power. 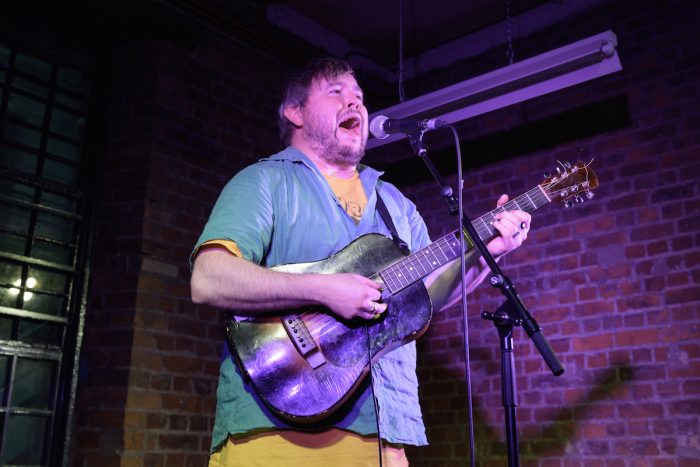 There is something insanely special about Dawson’s ability to overpower a crowd is incredible. His stories invoke hilarity between songs, but the moment he starts singing everyone is silent as he flits between the powerful and the delicate with effortless ease. You could throw all of the superlatives at Dawson as he truly is phenomenal, a complete one of a kind. However, words cannot do him justice, Richard Dawson is truly sublime tonight!

He rounds off an unbelievable day at this years Home Gathering festival, The Unthanks put together one of the best line ups around taking in so many genres and styles. Every act brought their A game as this incredible festival had us completely beside ourselves with excitement and joy.