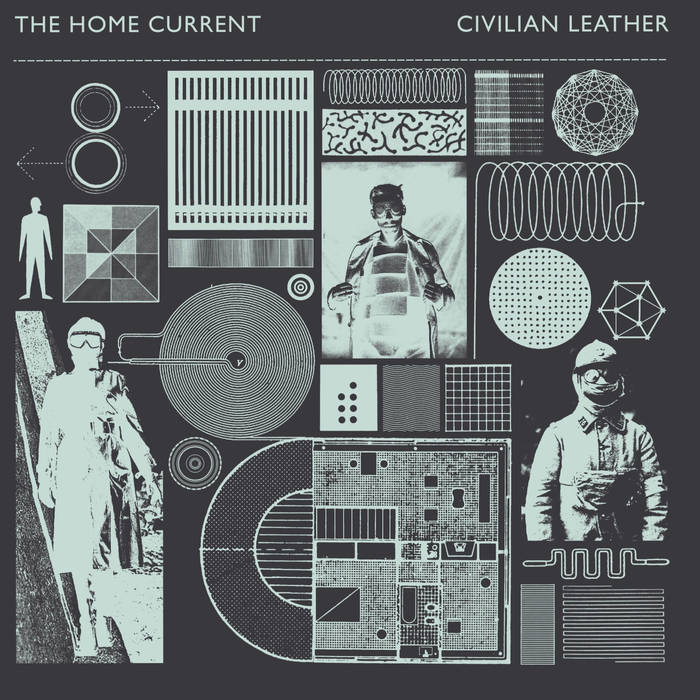 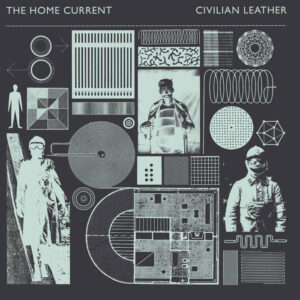 Martin Jensen releases his brand new album under the Home Current moniker via the Castles In Space label. Simon Tucker reviews for Louder Than War.

In the music world there are these wonderful moments when everything aligns perfectly. The end result is just as it should be. Changing a single element would throw everything out of sync. Civilian Leather is such a moment. Martin Jensen’s latest has been released via the independent label Castles In Space (who recently released the latest Visage Pâle album Holistic Love)  which is the ideal home for the kind of idiosyncratic synth drama Jensen creates. Nick Taylor’s artwork manages to capture the sonic landscape within. Then there is of course the music itself which is the ultimate marriage of synth-pop creative touches and more outsider electronica.

Civilian Leather hides among its DIY identity an acute attention to detail. Listen to the harmonious melody that appears in electro-chic groove number Pleasure Puppets or the perfect phrasing of Anna Brønsted’s vocals on Leave Your Fears a song that manages to carry a dreamy beauty through it whilst anchoring the piece in a piece of dance friendly melancholy.

What makes Civilian Leather really work is Jensen’s ability to combine the cold stark minimalist aesthetic of early synth pioneers like Chris & Cosey, Yazoo, or Human League to the warmer embrace of the following acid house explosion. You can hear the dual ideals running throughout a song like Panzer Fever which feels like the sounds that New Order would have made if they had continued to follow the path laid down by Movement. This is followed by the Radiophonic dreaminess of Tin Foil Express and the heavier experimental tinges of Above Before.

Civilian Leather feels like a newly discovered album from that 70’s-early 80’s explosion in post-punk electronic music. It has a distinct sense of time and place yet there is never a moment where you feel you have “heard it all before”. The opposite is in fact true as what Jensen has done is taken the main aspects from that era and formed a new language with the myriad parts. Much like an author writing a new novel set in a certain moment in time, Civilian Leather is a new telling of a new story set in an earlier period of history. If you love electronic music and the magic it can weave then this is the album for you.