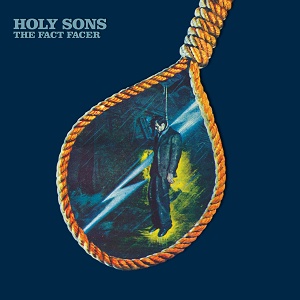 This album is a cracker, make no mistake. Emil Amos (aka Holy Sons) releases his debut album for label of the year, Thrill Jockey and it’s rather wonderful.

Amos writes uncomplicated multi-layered music which oozes emotion and beauty whilst often swimming in a sea of simplicity and emptiness. Playing several of the instruments himself, and sounding like Beck may have done had he fronted a mighty 70s rock band.

He skirts from the initially desperate Doomed Myself (which after repeated plays borders on a classic) to the semi-reggae slow burner Long Days with apparent ease. His subtle voice adds a comfort to the sometimes abrasive backing and the openness of his most personal lyrics to date allows you into the soul of the man.

All Too Free opens like a song you’ve heard before and its construction and execution is to be admired. Again, stunning in its straightforwardness and barrenness creating a thing of lushness to be enjoyed over and over. The mood takes a darker turn with Wax Gets In Your Eyes as vocals deepen and guitars skate and skim effortlessly over a timely bass pattern.

Don’t let the 70s references deter you. He’s taken the best of the influences and brewed them with his own unique style to save them from a term in Hell. No Self Respect is case in point as the decades soiree with hopeless, boring, pretentious tunes is rescued and resuscitated with startling transformation.

Back Down To The Tombs not only provides us with a marvellous title but has some quite stunning (almost Baroque) guitar work, an interesting vocal range and appropriate effects. The album closer and title track sees Amos use his voice as a partnering instrument to his acoustic guitar as he unravels totally believable wretched tale.