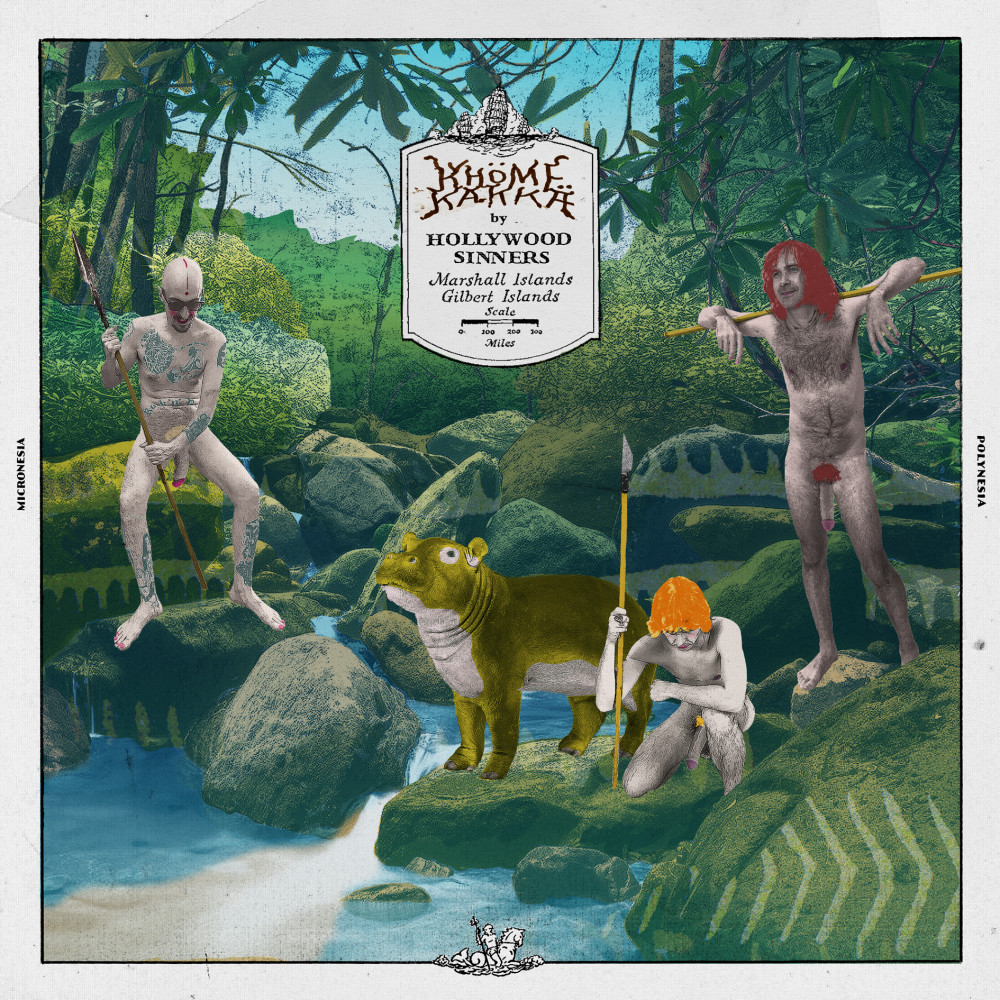 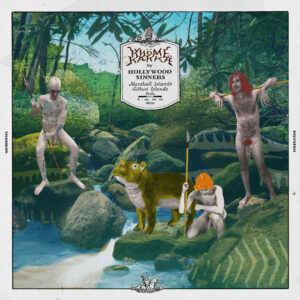 After a seven-year hiatus, Madrid’s Hollywood Sinners return with their long-awaited fourth LP. Louder Than War’s Nathan Whittle dives in to find out that the Spanish princes of garage-rock are still rolling on and rocking out like they’ve never been away on the hilariously titled Khöme Kakkä.

When the new Hollywood Sinners LP dropped in my inbox from Dirty Water Records, a cursory glance at the title and my heart sank a tad. Khöme Kakkä. Had the Spanish underground garage rockers swallowed a dose of prog-folk and left their garage-rock roots at the door of the Norse gods? Fear not! Khöme Kakkä, phonetically, in Spanish, “Eat Shit”! Yes! The Hollywood Sinners are back and they waste no time on this, their fourth LP, in rocketing straight into their balls to the wall, stripped-back, no-frills rock ‘n’ roll. Launching into the fuzzed out screeching Me Da Igual (I Don’t Care), the trio open their Pandora’s Box of tricks and let rip with everything they’ve got. The guitar drives the song along like a juggernaut driver wrestling to keep the wheels from falling off, ploughing through everything in its path. It’s a fantastic opener and stamps their classic garage-rock sound indelibly on the record from the off.

Ultimo Cartucho’s up next, dropping in a reverb soaked rhythm reminiscent of the likes of The Seeds at their most raucous, a bounding bassline propping up the song as drunkenly wailed harmonies yelp along. Hollywood Sinners are famed for their attitude of no frills, no BS, no ballads, no slowing it down, but the closest you’ll get to it is on the glorious swinger Rama Lama Drama. True, they step off the accelerator and let the song drift and swing along, perhaps showcasing a more subtle side to their songwriting, but in reality it’s the bliss of silence once your car has left the cliff and is plunging euphorically to the rocks below. The only thing awaiting is a grand explosion, and it comes in the form of one of the album highlights, Abuelo de Skate. A spikey guitar rhythm over a jaunty bass and pummelling drums soon give way to a chaotic echo-laden vocal breakdown before the song flies back and up to a quick meltdown.

From there there’s no let up. Chunk Of Steel comes and goes in all its scuzzed out Black Lips glory before they launch into a trio of bounding party anthems, the peak of which, Era Axial, is drenched in echo-laden reverb and winding wiry guitar riffs that propel the song spiralling and spinning back to the dirty sweaty garages of the 60s. It’s sounds like Roky Erikson fronting The Sonics on a desert peyote trip. Penultimate track, Sacaba Beach, pushes the fuzz to the max and ups the danger that has skulked behind what has gone before. It’s a dazzling drive up, before the Sinners drop back and wind the record up with the 60s garage-pop-psych sound of I Want You, a fantastic slab of rock ‘n’ roll that leaves you beaming from ear to ear and ready to flip the record and start it all over again.

On Khöme Kakkä, Hollywood Sinners, are back with a bang. With Spanish garage legends Mike Mariconda and Jorge Explosion (masterminds of records by Billy Childish, The Cynics, and Holly Golightly) on production duties, they have pulled the trio together to craft a record that is all business, no frills and a direct punch to the gut of rock ‘n’ roll. It’s a record to scream and shake along to, a beer-soaked adrenaline shot of garage. Power, noise, fun, and rebellion. All the ingredients in all the right places!

Listen to Chunk Of Steel below: